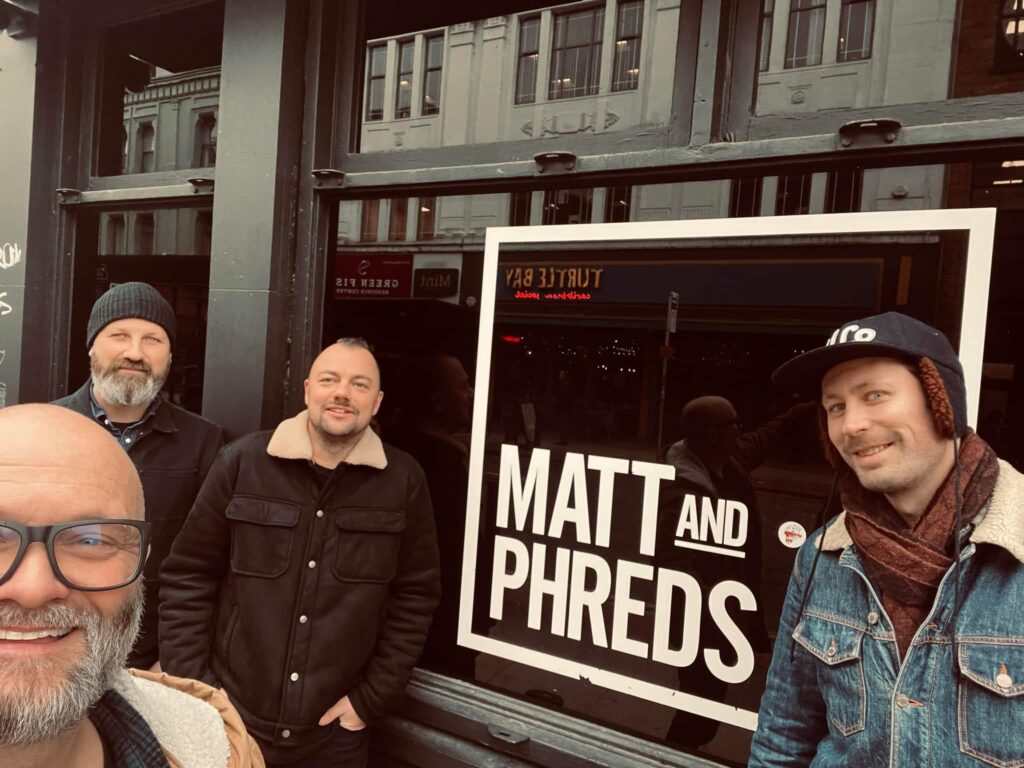 The autumn nights might be drawing in but there’s nothing better than a slice of Aadal’s melancholic Norwegian jazz-rock fusion to warm you up.

I’m not particularly knowledgeable about jazz. I thought Ronnie Scott was one of the Two Ronnies. But I know when it’s played at a high level by skilled musicians it can be highly entertaining and tonight proved the point.

Michael Aadal (a dead ringer for a younger Mick Fleetwood, at least at a distance) brought his band, most of them from southern Norway, to the UK for the third time in a year, for a short tour of four northern cities, and of which this was the second show.

And these Norwegians work hard, playing three 45-minute sets between 9pm and midnight, of which I caught the first two.

When I wrote about a track ‘Woodlands’ in an ‘Introducing’ feature a few weeks ago I compared them, slightly tongue-in-cheek, to GoGo Penguin on valium and on the night I was surprised how accurate that was. While ‘mellow ambient Scandic melancholy’ is their go-to mood they can, like their Manc cousins, ramp up the tempo to full-blown anthem level, if you can have an ‘anthem’ in jazz music. In fact they did it twice at either end of the second set and in most of their songs the tempo is variable throughout.

And for those who think that ‘all jazz music sounds pretty much the same’; think again. Against one song title, I think it was ‘Landscapes’, I noted “the venue needs a dance floor.”

The band consists of guitar (Michael Aadal), saxophone, bass guitar and drums and the sax is the main instrument for most of the time with the guitar taking on more of a rhythm role, although there was a stonking guitar shred in the last song I heard, together with equivalent individual contributions from the other musicians, ‘experimental’ sax and even what sounded like Flamenco style guitar. All in one song. ‘Tour de force’ doesn’t do it justice.

Lord knows what they did in the third set to top that.

All the participants got a chance to shine with their own little solo or focus point during the evening and I was particularly impressed by the close stick control of the drummer, Gunnar, especially as he seemed to be playing the ‘house’ kit, presumably to keep down costs. But the real ambience came from the collective effort, which is what you expect from a jazz quartet, just like you don’t expect to hear many songs in common time (there was only one that was evident).

The audience (which included some locally resident Norwegians, they always turn out to support the homeland) was highly appreciative and I was impressed by the venue, on my first visit to Matt & Phreds, in the Northern Quarter, even though it has been there for many years.

If you’re wishing you’d been there don’t worry. Their schedule suggests it won’t be long before they are back and in the meantime there is a new album due out in the spring.