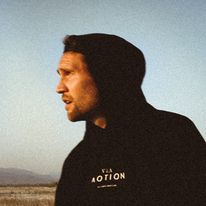 Honesty is the best policy which is why I say in the ‘About’ section of this publication that I tend to stay away from hip hop and associated ‘genres’. Put simply, I don’t really understand its nuances.

But I make an exception for Alexander Grandjean, whom I’ve reviewed previously, because he can and does mix it up a little, throwing in elements of alt-pop as he does with this song.

When I saw the song was called ‘Juliet’ and that it was a love song I was tempted to make a light-hearted remark, “Romeo, whereforth art thou?” but fortunately realised in time that the subject matter is sad, namely processing grief and losing a loved one. Presumably Juliet was the girlfriend of the ‘singer’.

Another potential blockage to me enjoying this song is that Alexander has a particularly high vocal range here; verging on falsetto and to my mind only a certain kind of song fits that vocal. Fortunately, this is it! In fact it matches the narrative perfectly and especially in the last section of the song where he successively drops octaves in a final homage.

The song was co-written with Filip Mortensen and the Danish artist Lloeh, who also features on the song.  Unfortunately I can’t track down any details at all about Lloeh online. It could be a he or a she and if it is a he perhaps he provides the final vocal, which is quite different?

I’m also struggling a little on Alexander’s background as the PR material is in Danish and for some reason Mr Google is finding it difficult to translate.

What I have been able to discern is that he has collaborated with Danish artist Freja Kirk for eight years, that he has released an album this year, ‘Via Motion’, and that later this year (December 3rd to be precise) he will release a new EP, which is an infusion of R&B, hip hop and alternative. Most of the tracks are melancholic, and described as being “about rough times.” I’m interested to see how that falsetto voice, if he uses it, works with that concept.

Then again, it may be that he is a man of many parts. I had a quick listen to ‘Via Motion’ and on many tracks there is a vocal contribution from ‘Maenad’ which appears to be an art collective named for followers of the Greek God Dionysus rather than an artist but the main voice of ‘Maenad’ is a female one.

It’s all a little confusing and hopefully, I’ll be clearer on it by the time the EP is released.