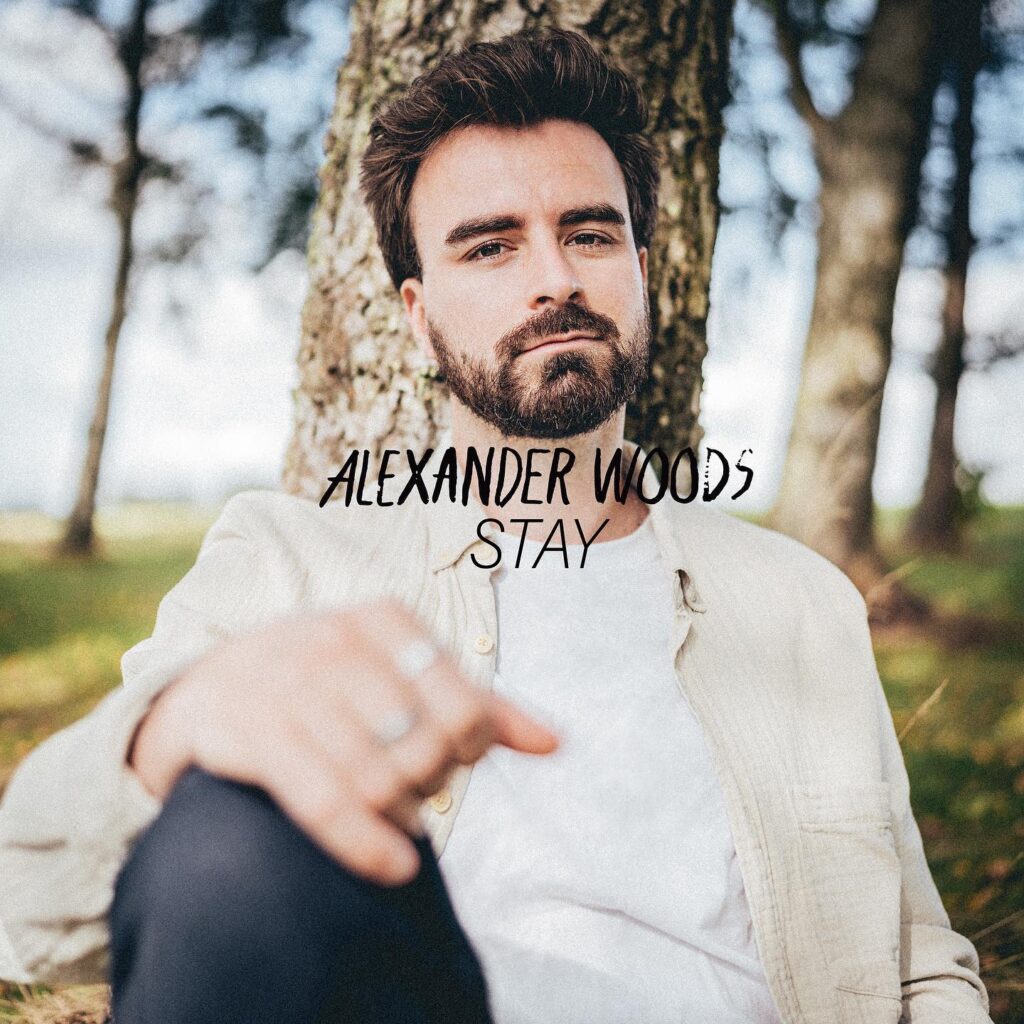 We rarely venture into the mainstream pop arena but I do so with Alexander Woods partly because the song is pretty good and partly because he looks like he’s just stepped out of a boy band somewhere, or a Premier League football team, and we don’t have many of those in here for sure.

‘Stay’ is his only single this year and if I read the PR correctly his first actual release although I can see from social media that he’s been writing and touring for a while.

The song concerns hanging on in there with your loved one despite communication problems, but also the bleakness of everyday life insofar as how it imposes on the relationship.

There’s always the prospect that mixed messages in a song will work against it but this message comes across loud and clear enough and Alexander’s vocal contribution is on point while he effortlessly gets some high notes without breaking into falsetto (which I always think sounds a little weird to be honest).

There some lyrics I couldn’t quite get my head around,

“You lost right from the start/Our childhood worlds apart/Quickly I felt your heart/Burning brighter than a star/Burning from a dozen scars.”

That seems to indicate a slightly deeper picture, one of seriously disparate upbringings, possibly social class, or even racially based? and a lot of pain along the way for the partner and I would have liked to have seen that explored a little more, in an extended version of perhaps four minutes.

I said ‘mainstream pop’ earlier but that isn’t really true as he layers electro pop over a piece of Americana; you don’t often get slide guitar (or what sounds like it at least), synths and synth pads in the same song.

The accompanying music video, by Katrine Gøth, is quite clever as it represents the relationship’s path from dawn to dusk, posing the question of whether that relationship will see another dawn.

I think ‘Stay’ has a better than even chance of getting some radio airplay over here.

The band: Mathias Sidor on Drums and Jens Villy Kock on Keyboard (I thought it was Erling Haaland at first glance!)