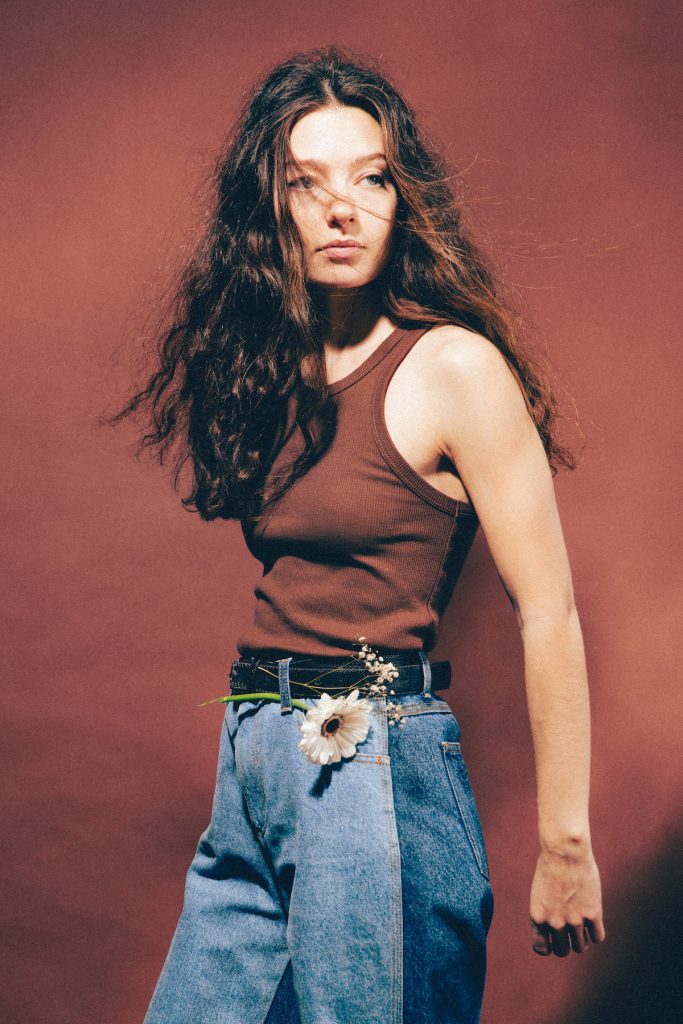 Amanda Tenfjord (Norway) – All In (single/track from forthcoming debut album)

The singles are coming thick and fast now since Amanda Tenfjord performed at Eurovision in May, coming 8th for Greece, her homeland although she has lived in Norway since she was a young child.

Moreover it is now confirmed that her debut album will be released on October 21st via Propeller Recordings.

Her new single ‘All In’ was co-written with fellow Norwegian artists dePresno, SKAAR and Norwegian Grammy winning Bjørn Helge Gammelsæter. To be honest, it might have been Stock, Aitken, Waterman.

Amanda has found a niche which appears to fall almost seamlessly between Kylie and Sigrid.

She sings simple, untaxing, tuneful synth pop songs about subjects such as falling in love and falling out of love. On this occasion it concerns a scenario “when all your friends are telling you it’s a bad idea, but all your senses are telling you to go for it. It’s about trusting your gut, taking a leap of faith and going all in.” A little bit like Riley Kilo’s ‘Portions for foxes’ except that gets a little more complicated and I can’t really picture Amanda having an orgasm in the middle of the song like Jenny Lewis does in hers!

But its “more about the fun and exciting part of a relationship” she says, “and I’m looking very much forward to performing it live.” And so are we, Amanda.

She’s a qualified doctor now, juggling a medical and indie pop star career, which is perhaps why touring is limited in the UK to one show in London on 8th February 2023. That’s a long time off and a very thin schedule but it does seem to be par for the course with many artists right now; let’s hope there will be some additions to that schedule. Getting to London and back is simply off the agenda for many music fans right now, for all sorts of reasons.