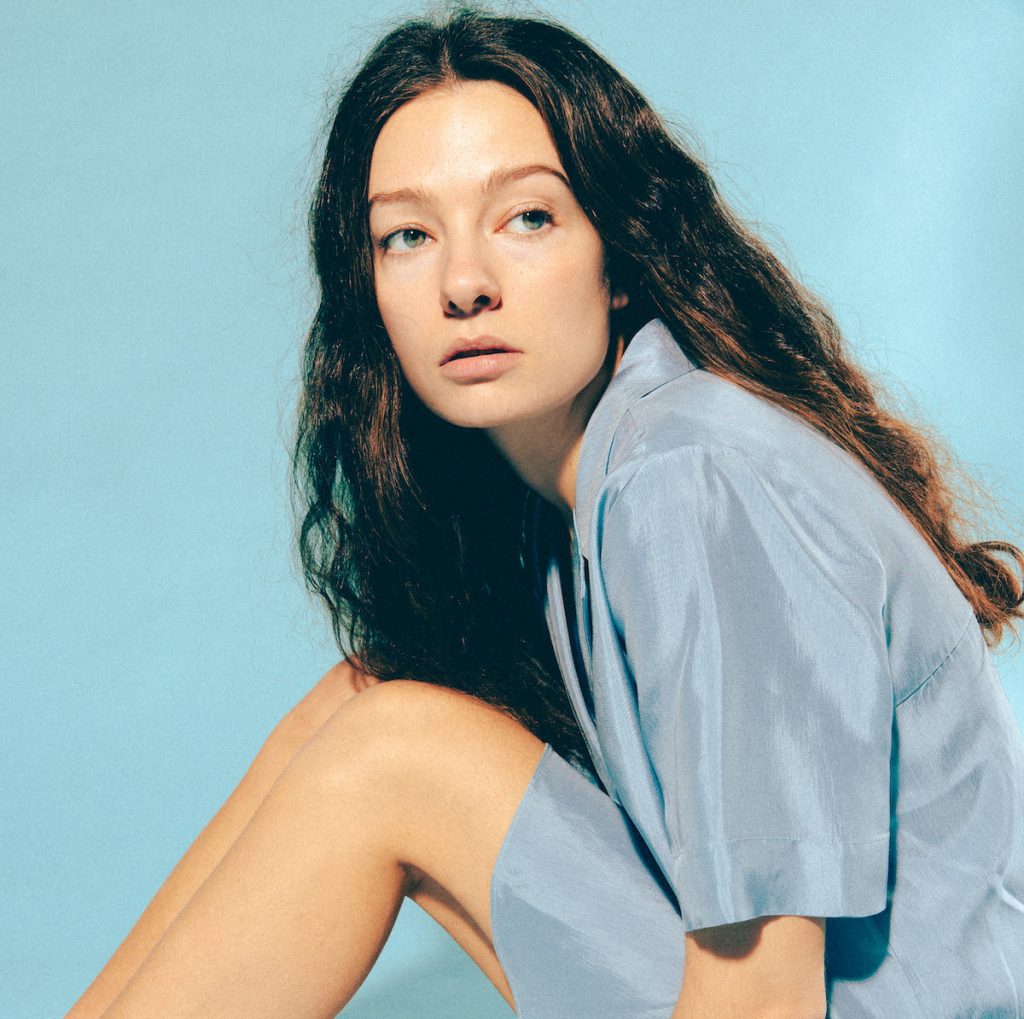 Hot on the heels of her Eurovision success Amanda Tenfjord has released a new single, one which I suspect was waiting in the wings just in case she did well. It seems ‘Plans’ was written the day after her Eurovision entry, ‘Die Together,’ and in the same studio.

And she did do well. 8th isn’t bad at all, it was Greece’s highest ranking in a decade, and I reckon her entry deserved a superior placing than that. As you may well know it wasn’t on behalf of Norway, whose own entry was surprisingly poor I’m afraid, although it scored well in the public vote.

No, Amanda represented Greece, the land of her birth and upbringing until the age of three when she moved to Norway. And she did look very Greek during her excellent live performance under her full name of Amanda Giorgiadis Tenfjord.

Back in what is now home she’s been working on her debut album, which will contain both ‘Plans’ and ‘Die Together’, following two previous EPs.

She’s an interesting character, a medical student who is getting close to graduating now and who was directly involved in daily skirmishes with Covid on the wards during her practical training. There are a few of those scattered around the world – female medical students who are also singer-songwriters; they should get together and produce a charity song.

You’d expect a medical student to be good at planning and that is what the song is about – except that it concerns not professional plans but personal ones and specifically those that exist in relationships before they go awry and which then leaves a huge void in your life until one day you see what was your significant other making and enacting them with someone else.

She says, “It’s a very sad song” and is certainly is, which is unusual for Amanda. Even when the subject matter has been a sad one she’s tended to record more up-beat songs in the past.

It starts with the same sort of rapid-fire speculation as in that TV advert, you know the one, which traces the start and end of a relationship from first date to first kiss to first sex to engagement, marriage, kids, boredom, disengagement and separation, the pair squabbling about who own what as they commence divorce proceedings, and in about 15 seconds.

Within seconds here Amanda is planning a white house with big windows near the sea with nice neighbours, and close to parents, and trips to Rome when the kids are grown. Whoa! Too far, too fast.

Then it all falls apart, in the second verse, with a clever line, “From a long term you, to a day or two” (that presumably being how long he takes to reply to messages). And it’s all downhill from there, in what is a role reversal of Squeeze’s ‘Up the Junction’.

But there’s still hope there as she sings,

Then we fall in love.”

Musically, the restrained piano and strings accompaniment is replaced by a full-on orchestral arrangement at that ‘falling in love’ stage, adding further weight to the suspicion that, as Lennon famously said, “Life is what happens when you’re making other plans.”

A thought-provoking song by an artist who could easily become well-known over here before long.

‘Plans’ is out now, released 20th May via Propeller Recordings.

You can find Amanda on: