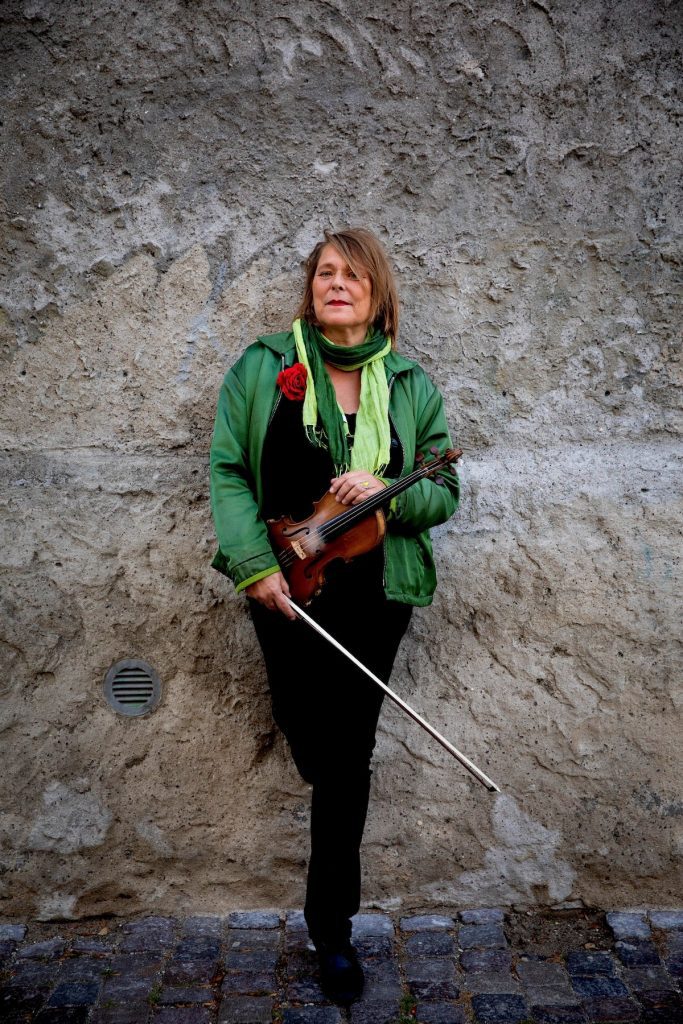 I’ve often commented on guitarists who use a lot of pedals. Carol of Ask Carol is notable for it, as we saw just the other day. But I never heard of a violinist using a wah wah pedal, and an echo machine to boot.

But then Anne Eltard is a little unusual.

She’s a Danish composer and ‘sound designer’ as well as being a violinist, and works mainly in the genres Nordic folk, ethno, Balkan and light jazz. Hardly a newcomer, she notched up her 40th anniversary in the business last year and has accumulated an impressive back catalogue with two solo albums as well as playing on many albums as a studio musician, as a producer of ‘sound art’, and she has composed and played for art installations and numerous dance performances.

On June 3rd she released her third album ‘Hjemkomst’ (‘Homecoming’) and the focus track here is the opening one – and single – ‘Hold mig tæt’ (‘Hold me close’), which has been getting solid airplay in Denmark.

The album is a mix of seven of her own compositions together with her interpretation of some Danish favourites.

With an introduction like that I wasn’t sure just what to expect and what I found was something akin to a Brazilian bossa nova Samba number, with an extended flamenco style guitar break in the middle.

Not exactly what you’d expect to come out of Copenhagen, from a violin virtuoso. Then again, she does originally hail from Nørrebro, Copenhagen’s most culturally diverse neighbourhood, with a musical mix to match.

Does ‘Hold mig tæt’ set the tone for the rest of the album? Well, partly; there are a couple of other tracks similarly themed, but it covers a broad span including some up-tempo jazz.

Earlier, I had a walk round and saw some of the 70th (Platinum) Jubilee street parties taking place for Queen Elizabeth, in the pouring rain and just 13 degrees Celsius. Inevitably the background music comprised the likes of The Bangles’ ‘Manic Monday’ (as if we needed reminding that comes tomorrow) and every song Queen ever wrote.

I couldn’t help thinking that if they’d played this song at least the partygoers would have been able to get their feet tapping. It might have restored their circulation. And it will do yours.

‘Hjemkomst’ is out now both digitally and on vinyl.