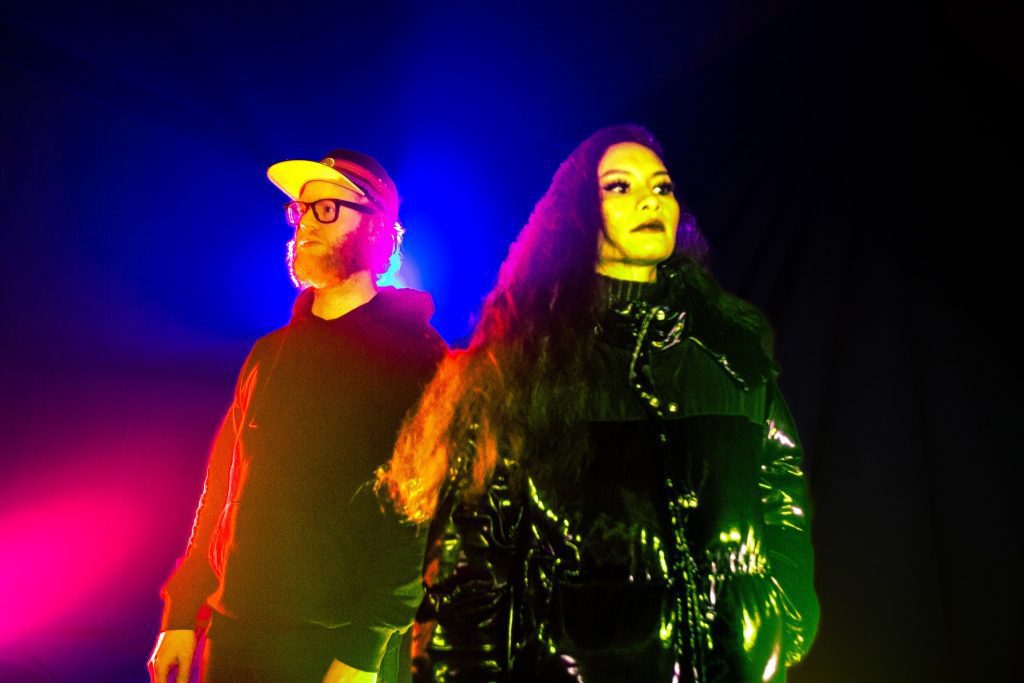 No apologies for featuring yet another single from Ask Carol – the fourth from their forthcoming debut album which drops on 26th August and the third we’ve featured – they demand attention, although they will probably have to forego a full album review when the time comes.

This one, ‘Pressure’s on’, is the most dynamic of all the tracks released to date. It’s pretty intense. I’ve just been re-reading Bill Bryson’s ‘A short history of almost everything’ in which Bryson describes at length and in detail things like the coming together of the Tectonic Plates to form the world’s mountain chains, create new countries and to rip asunder continents. This song could be the soundtrack to it.

They – meaning Carol, her guitar and her wondrous array of plugs, switches and pedals straight out of the original Starship Enterprise – and the economic Mr Ask on the drums – are at it from the word go as if they’re trying to equal or better Deep Purple’s claim to have been the world’s loudest rock band. Then right at the end the fuzzy reverb is so all consuming you might believe Vladimir has set off one of his electromagnetic pulses but instead of plunging everywhere into darkness he’s only succeeded in improving the Blackpool Illuminations.

And along the way they distinctly find a tune.

What the song is actually about is the sense of pressure they felt when they revealed Ask Carol to the world by way of a concert in Seoul which no-one, including family and friends, even knew of. Appearing at the Oslo By: Larm festival at say, Revolver or Blå, is one thing. But debuting in South Korea? You could only top that by moving north.

I’ve said it before and I’ll say it again, this band must be seen ‘live’ and we live in hope that they will play in the UK before too long.

The single is released on 8th July. Both it and the album are on their own label, ChoVan Records.