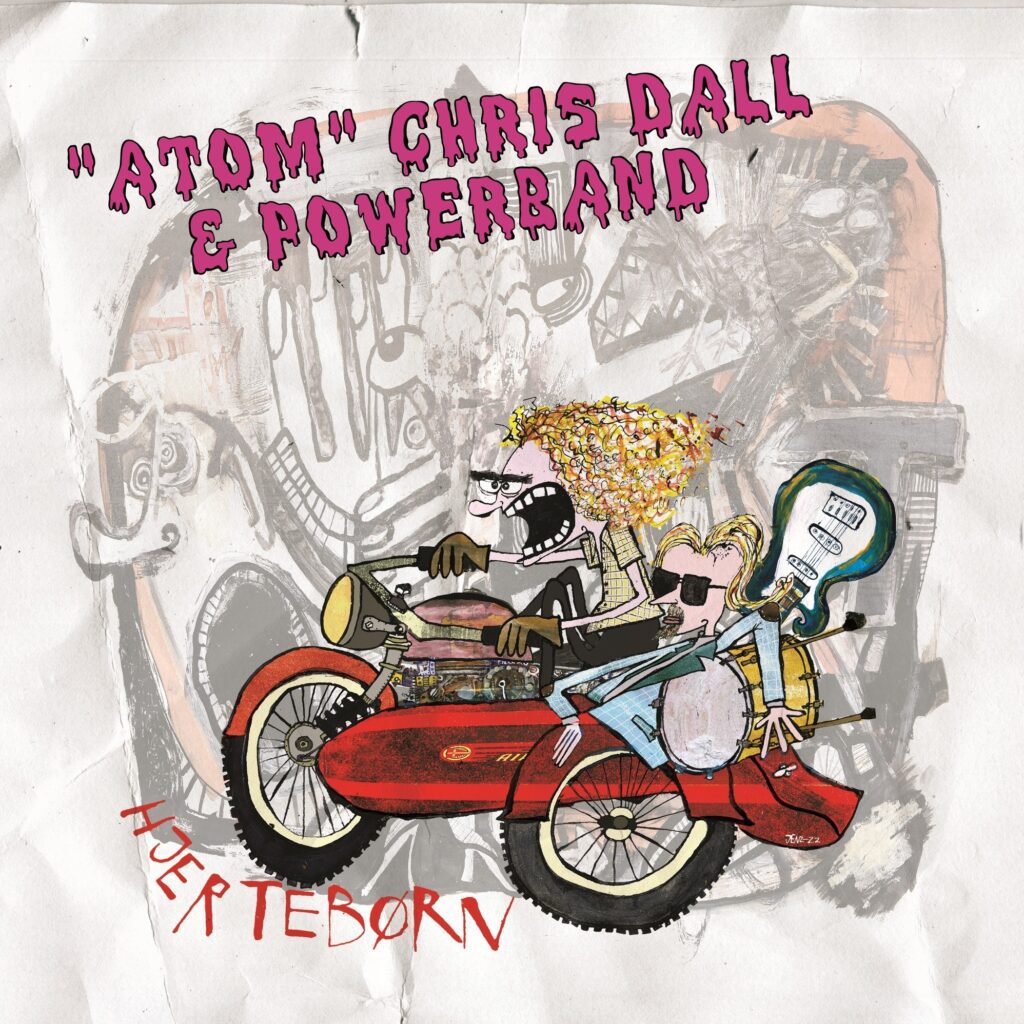 Ok folks, its Friday night, its Bonfire Night (nearly), we’ve had some deep, serious music this week (Stinako, Pyy etc), and now it’s time to let the hair down some.

“atom” Chris Dall  sounds like a band name from the British 1960s, the burgeoning prog scene of the 1970s or perhaps even the New Romantics’ era of the 1980s; a peer of Adam  & the Ants and Culture Club.

But the Copenhagen-based power trio are as Danish as pastries, Lego and back bacon rashers and they rock.

The debut EP ‘HJERTEBØRN’ means Children of the Heart (you know, I watch so much Nordic Noir on TV that I could figure that out for myself).

‘Afsporet’ (‘Derailed’) has the hallmarks of Carter USM right the way through it, which dates it to around 1992 and ‘The Love Album’. Nothing wrong with being mentioned in the same breath, lads.

’27 eller Keith’ means ‘Keith is 27’ or so I thought but Mr Google points me in the way of ‘Keith or 27’ which is meaningless. The music isn’t. There’s a catchy riff, plenty of melody and guitar as it was meant to be played with a stonking break half way through and then, low and behold, it comes back again at the end, even louder and more in your ears.

The tempo slows right down for the first part of ‘Spillet fallit (Doo-wop)’ which translates as ‘The Game’s Broke’, to what I suppose is a ballad by their standards, and with very 1960s guitar chords which could be those of The Tornados or The Shadows. But not for long as the choruses are soon soaring into the anthemic stratosphere. Then about two-thirds of the way through it takes off again in the Carter direction before concluding as it started. An interesting composition.

The title track is the last one although Spotify strangely bills it as ‘Hjertebarn’ which also translates as ‘Heart Child’. The plot thickens. A rollicking sing-along with Oasis-like chords it confirms what I’d already concluded – that this is a live band just waiting for the opportunity to blow the roof off UK venues.

And that reminds me, the last Danish band I saw live here was Kindsight earlier this year. They were good, very good and I’m sure atom Chris and the gang would get the same welcome.

HJERTEBØRN’ is available on the usual streaming services.