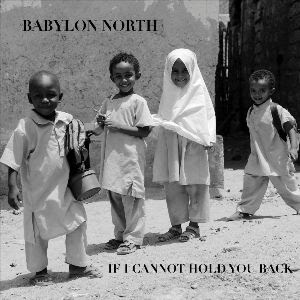 Babylon North (Sweden) – If I cannot hold you back (single)

I haven’t quite figured out the connection yet between Babylon North and Tedeborg, who created a super Joy Division tribute called ‘Ian Curtis Reached Heaven Long before Me’ a couple of years ago. They may be one and the same person but there is such a gap between that song and reggae, which is Babylon North’s territory, that I’m sure others are involved in the writing of their songs.

What I do know is that Babylon North has been around for a couple of years and made their first breakthrough in Jamaica. It is fronted by singer Kajsa Kott and identifies itself as an international world reggae project, that they are based somewhere in central Sweden and that they have collaborated with luminaries such as Ida Long, who strangely is yet to feature in NMC, and the Anglo-Swedish band We Ghosts, who certainly have.

It is that sort of pedigree which prompted me to put aside my prejudice against reggae – I don’t think it’s the most creative genre – and give this song a listen, and I’m glad I did. It certainly cheers you up on a dreary Thursday evening.

Personally I wouldn’t classify it entirely as reggae. There’s a low key reggae riff underpinning it for sure with some dub elements but it presents itself more as a marching song, the sort that would accompany a float at a carnival, complete with a semi-military beat.

Then to liven it up even more there are sporadic sound effects of the sort you might find on UK 1970s ‘fun’ songs like Middle of the Road’s ‘Chirpy chirpy cheep cheep’ or Black Lace’s ‘Agadoo.’

And the main theme is played on a melodica. I haven’t heard one of those since the days of The Deer Tracks, when it was an instrument of choice for Elin Lindfors, who is from the same part of the (small) world.

Don’t hold yourself back; have some fun!