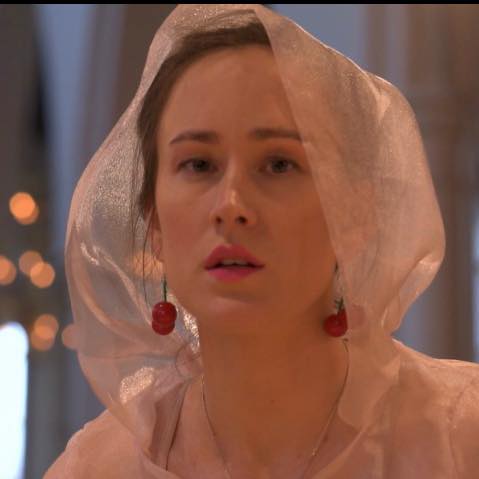 Chance would be a fine thing, as the actress said to the Bishop.

There aren’t many musicians who are also psychologists. But Bara Karin isn’t alone. Norway’s Marianne Sveen is a psychiatric nurse, as regular readers will know. Perhaps Marianne and Bara should compare notes.

The song “depicts life within the mental health care system in Sweden.” It can’t be any worse than the UK’s, where everyone slowly but surely went mad during extended lockdowns but no-one gave a damn. But it’s grim for sure. It tells the story of how a girl was kicked out of a psychiatric residential youth facility, and now finances her ADHD medicine by selling sex on the street. (Note though that the ‘five times a day’ refers to the number of times she takes amphetamines, rather than how many times her pants come down).

‘Five times a day’ hangs on three things: a very catchy synth riff that sounds like it’s being played on a xylophone, the repeated mantra “five times a day makes the doctor go away” (it used to be an apple when I was a kid!) and a delightful little ‘yippee’ exclamation that somehow seems to put the whole thing into context, along with the odd contortions of the video and the spelling out of the title in pills.

I suppose you might say that another one just flew over the cuckoo’s nest.

Vocally, Karin has some similarities here to another slightly cookie, off the wall female Swedish artist, SoLBLoMMa, although she has many personas, including one that employs the spoken word in a contralto voice. It’s great that such artists can exist and thrive in Sweden. In the UK they wouldn’t get a look-in and that’s our loss.

Come the autumn, she will release a full-length album, her debut one, following on from two EPs, in 2019 and 2020. With taboo subjects like these it is unlikely to get much mainstream radio airplay even in Sweden but it should make for an entertaining listen.