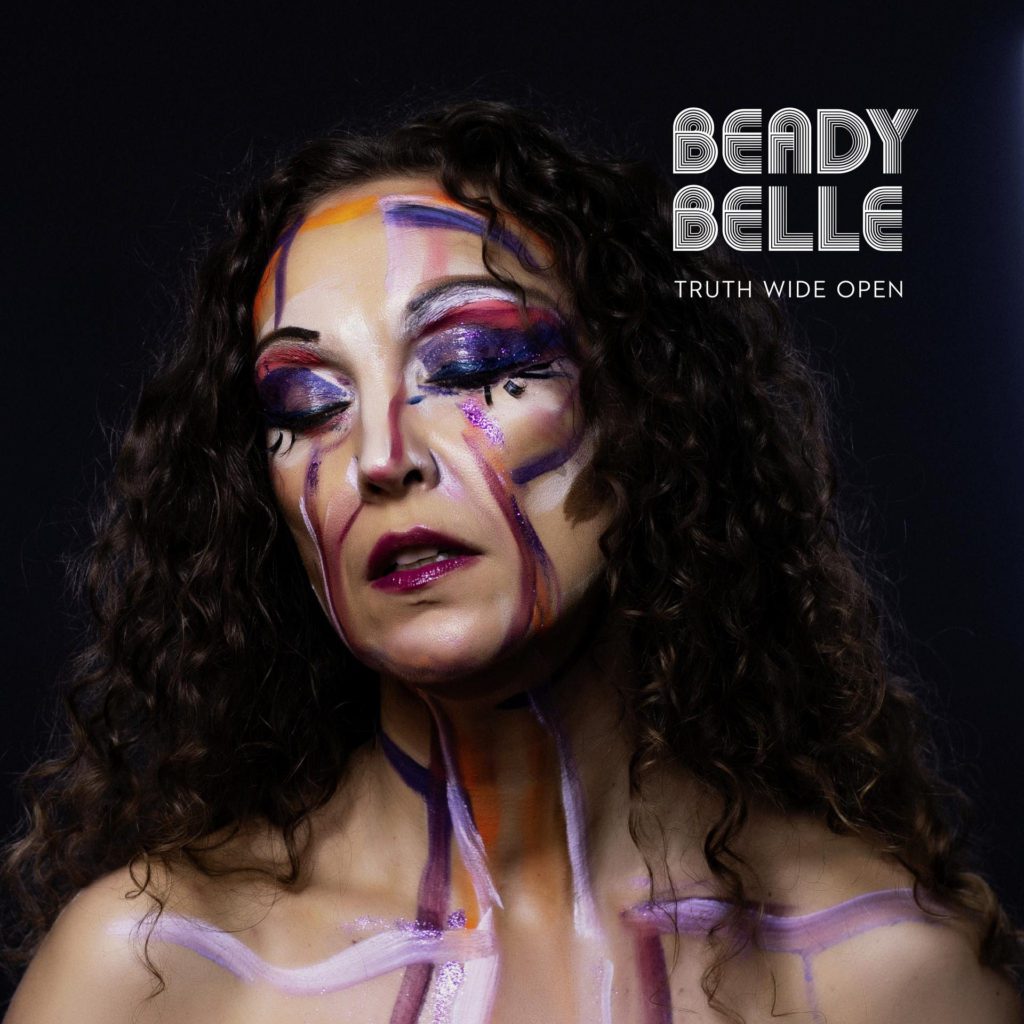 I’ve ploughed through a lot of supporting material but I’m still not sure if Beady Belle is a band, as it originally was, or just the vocalist and songwriter Beate S. Lech aided and abetted by other musicians.

I think it’s the latter and this song is “entirely produced, programmed, played and sung by Beady Belle”,  but I won’t dwell on that; rather focus on the music, which took me by surprise. I might have banged on about Fiona Apple already in NMC, one of my favourite artists. Apple has a certain vocal style, in that she’s both laid back and intense at the same time, and a certain lyrical one in the way of lengthy stanzas, irregular meters and odd rhymes that sometimes even verge on rap standards. Her music is founded in jazz, but drifts into a jazz-blues fusion at the drop of a hat, benefits from the random incursion of instruments when you least expect it, and always carries a groove. On top of that she has a voice that can be silky smooth one moment then croaky and smoky the next.

All of which pretty well sums up Beady Belle as far as I’m concerned.

This is no wannabe artist in waiting, with a discography that dates back to 2001 and long-time support from the likes of Jamie Cullum.

The theme of the song is exactly what the truth is? How do you relate to truth in a world where everything can be faked and fixed? And is it really all that important? It opens with, and is punctuated by, snatches of what might be radio or TV discussion shows on the subject but recorded in a way which might suit the soundtrack to Blade Runner.

A deep subject for any song, one that would probably attract Apple too, and it’s certainly a good time to choose subject matter like that with ‘fake news’ and ‘fact-checkers’ swarming all over it. If it is word play on ‘eyes wide open’ then that might signify that the general public is too easily taken for a ride.

“There’s nothing to promote/there’s no strategy, there’s no remedy/no apology/

No posing, no bragging/no filter, no shelter/ it’s nothing but the truth.”

Rather than link the Spotify stream here, which might have made her a krone or two, I chose the YouTube video instead (which might make one or two øre) because it’s entertaining, if baffling. In it, her face is ‘unpainted’ while she appears to sing the song in real time. Apparently this involved her singing it backwards, at least line by line (not syllable by syllable). But how did they do that with the music?  And what is the significance of the ‘strip’ at the end and is that also in reverse? Is that the truth being put on? Or coming off? Or am I just getting carried away now? Answers on a postcard.