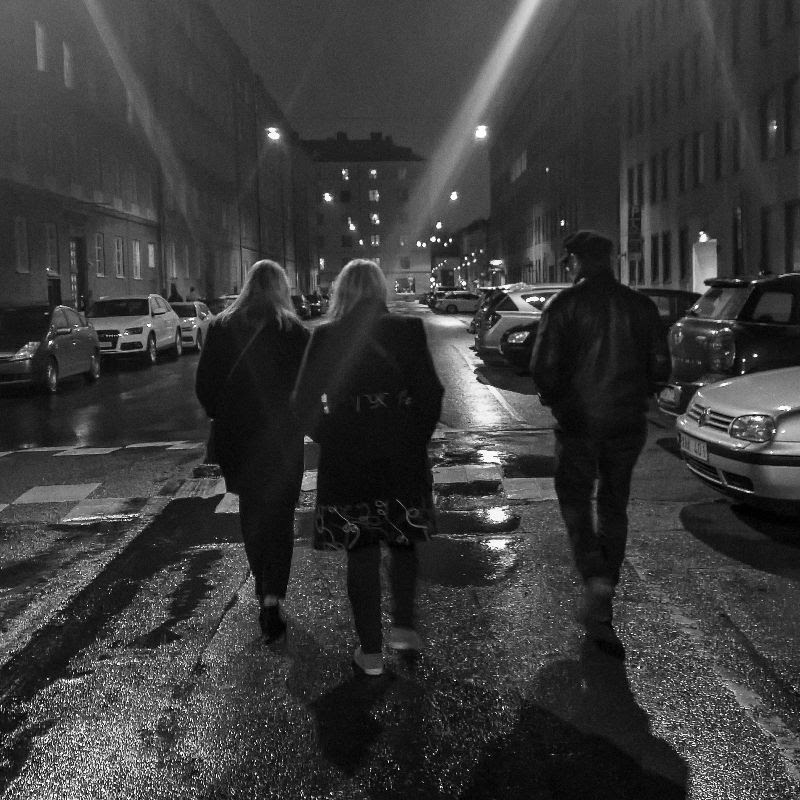 If you’re going to cover anyone you may as well aim high, and that is what Blue Raincoat (or Blå Regnrock to give them their original Swedish name before they decided to appeal to an international audience) have done with this album which reprises work by Bob Dylan, Leonard Cohen and Neil Young. You can’t aspire much higher than that.

I’m taking a punt here that they took their name from Cohen’s ‘Famous Blue Raincoat’. They’ve established themselves through live shows in Sweden in which they interpret those three artists predominately.

They’ve just re-released a 2019 album, ‘Red flags and flying monkeys’ which was preceded by a single version of Dylan’s gospel prayer ‘Ring Them Bells’ which also features on the album.

The album title intrigued me as well. It seems the term ‘flying monkeys’ is another way of saying ‘abuse by proxy’ or having someone else do the bidding of a narcissist. You learn something every day. I’m not really sure though how that relates to the selected tracks (to all of them, some of them, none of them)? I’d encourage them to be a little more forthcoming and transparent on that.

On this album they’ve covered a lot of Dylan’s work, nine songs altogether including the rarely heard ‘Tell Ol ‘Bill’, which was written by Dylan for the film North Country with Charlize Theron and Frances McDormand (2005); also two tracks from Cohen, and one from Neil Young.

It’s often hard to select a single track from an album and I’ll be honest about it, if, say, ‘Suzanne’ or ‘Bird on the wire’  or ‘Hallelujah’ had been on the album, or ‘Subterranean homesick blues’, ‘Blowin’ in the wind’ or ‘A hard rain’s a gonna fall’ I would probably have gone for all of them.

In the event I opted for Young’s ‘No Wonder’, a gem from his album Prairie Wind from 2005. The rationale is that Dylan and Cohen are so distinctive that it’s fairly easy to construct a cover which allows you plenty of room for manoeuvre in your interpretation and interpretation is what it’s all about with covers. Not quite so much with Neil Young though. In comparison with the other two he presents the same sort of problem the Spitting Image puppeteers had with British Prime Minister John Major, who was so bland and grey that they had no material to work with. In the end his puppet was grey and contrasted with the green peas he pushed around his plate every evening while recounting a mind-numbingly boring story about what his day at the office had been like to his grey wife.

Ok, Neil Young isn’t that ‘grey’ but you get the idea.

I watched a recent video of Young performing the song first, with three backing singers, a choir of about 15 people and assorted instrumentation including violin and pedal steel guitar. It’s a consummate performance.

In the truncated Blue Raincoat version, with much less in the way of instrumentation (basically a couple of acoustic guitars), much greater responsibility falls on the shoulders of vocalist Gunnel Nornholm to deliver the sentiments of what is quite a dystopian song, and she makes an excellent job of it, while enunciating with greater clarity than Neil.

A quick listen to other tracks on the album tells me this one is par for the course. The musical accompaniment is crisp but low key throughout, allowing the dulcet tones of Ms Nornholm to weave her magic without your attention being dragged away unnecessarily.

An album that is definitely worth running the rule over.

‘Blue Raincoat’ is available now on the Comedia label.

The band doesn’t appear be on social media but Gunnel Nornholm is: https://www.facebook.com/gunnel.nornholm.3