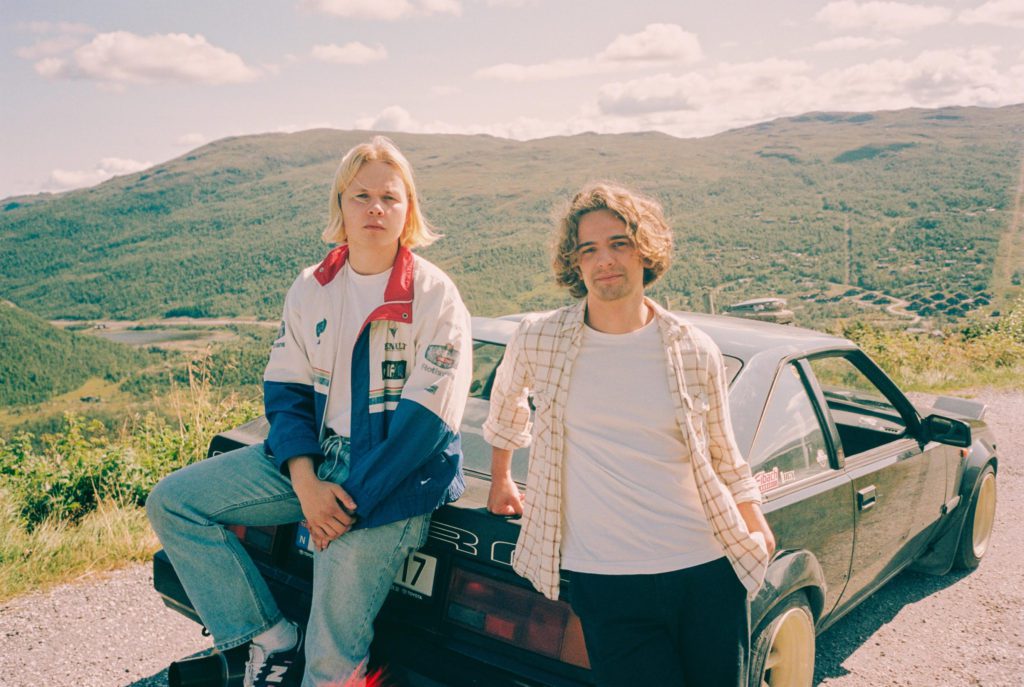 I already gave up trying to understand the lyrics to this new single from brenn, who by the look of it are a couple of lovable Norwegian rogues in the Ant & Dec mould, two ‘Jack the Lads’ with a wild sense of humour.

I’ve always said I won’t reject any artist because they don’t sing in English. We aren’t Masters of the Universe any longer, and neither are the Americans by the look of it. And at one point I wondered if they were singing at least part of it in heavily accented English.

And brenn (Edvard Smith Save – guitar/vocals – and Remy Malchre Pettersen – drums) offer a very good reason why I have that philosophy. Because irrespective of the lyrics, it actually is pretty good.

They met at school and are known for an infectious energy in live performances. They performed at both the Øya and By: Larm festivals in Oslo in 2019 (somehow I contrived to miss them, I need to get my act together) and won, inter alia, the Spellemann (Norwegian Grammy) in 2020 for ‘rock act of the year’, being also nominated for ‘breakthrough of the year’ and were awarded the NOPA (Norwegian Society of Composers and Lyricists) prize for song writing talent. I suppose that’s the equivalent of the Ivor Novello Awards here. Collectively, that’s no mean achievement. They have a debut album out already, ‘Elsker’.

This song, ‘Jeg gir opp’, is “about a guy who once snuck into their backstage room stealing drinks while the boys were playing a concert.” Not speaking a word of Norwegian, for me they might be singing about the latest treatise on the breeding habits of iguanas or the failure of the banana crop in Botswana but the music carries the song on its own.

The PR compared them to ‘Nirvana’s savagery mixed with your favourite pop artists’ melodies’. At first I poo-poo’d the notion of them sounding like Nirvana but the second time around I could hear Kurt, then Krist (if there’s a bass there at all, it’s hard to tell) and then definitely Grol. And hey, grunge is the same word in English and Norwegian. Funny old world, ain’t it?

While they aren’t unique, there aren’t many bands with this sort of infectious energy on the scene in Norway that I know of. Pom Poko and Das Body spring to mind for different reasons and brenn’s sound is completely different. Even putting them in the same league is a complement.

Maybe they might pop over here one day, we need cheering up.

‘Jeg gir opp’ is out on Friday 15th October.