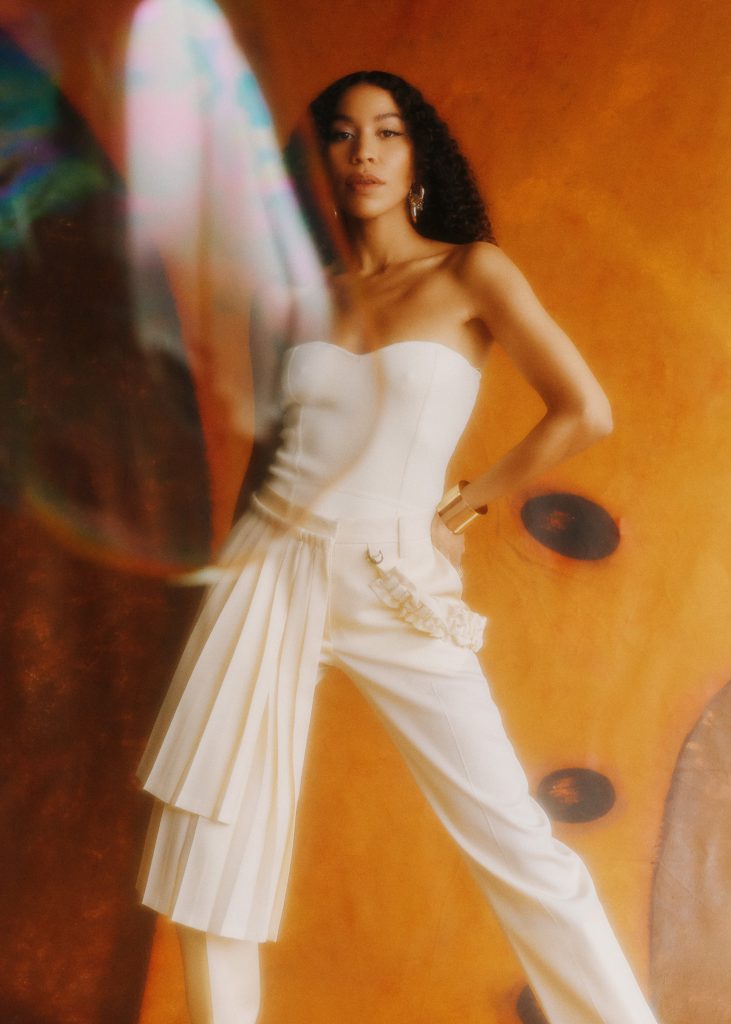 Yes, it s unusual for NMC to feature any artist twice in quick succession. One of the reasons I am doing with CHARLOTTE DOS SANTOS is that she deserves kudos for coming to the UK in a few months time and actually doing a short tour, embracing Bristol and Manchester as well as London; those three cities being collectively the minimum three English ones any artist should play in my view. They are where you are going to be noticed. So many don’t come at all right now, or just play London. Yes, I know Brexit has made it more difficult but it shouldn’t be offered as an excuse.

Anyway, I’ve banged on enough about that subject for tonight. As regular readers will know, Charlotte has a Brazilian father and Norwegian mother and delights in her mixed heritage.

Her debut album ‘MORFO’ is out on 14th October and this is her latest single from it. The last one was ‘Hello Hello’, which had a funky Brazilian samba feel to it.

In this case she puts her own spin on Edu Lobo’s 1965 acoustic guitar classic ‘O Açoite Bateu’, as homage to her heredity and in the lyrics she picks out for example the hair she got from her mother and the skin she got from her father.

I don’t think the lyrics are her strongest suit. There’s a line for example, “You taught her to fight/she turned out alright” that doesn’t so much trip off the tongue as fall off it, and in other lyrics they come across as translated rather than natural. That’ a pity because as in her other songs she has a message and this one is about slavery but that message is lost in rather nondescript verbiage.

Where Charlotte continues to score, highly, is in the vocal area, which is silky, smooth and exotic, ‘Girl from Ipanema’ style, whether she’s singing in English or Portuguese.

Towards the end, and as in the original Lobo song, it breaks out in a samba beat and for a few seconds it’s a different song altogether and you’re pitched into carnival with the cariocas.

The accompanying video wasn’t shot in the Amazonian rainforest as you might be tempted to think but rather in the scenic landscapes of Norway. It includes a capoeira scene, a type of martial arts native to Brazil which seems to involve playing a tambourine and shaking an empty paper cup while you’re fighting.

The forthcoming album, on Because Music and named for a butterfly native to the Amazon forest, is described as a pandemic album, written from spring 2020 into 2021 and when her planned US tour was cancelled, as she was propelled into a cocoon of writing and rewriting allowing the project to morph from one thing into another as she herself evolved.