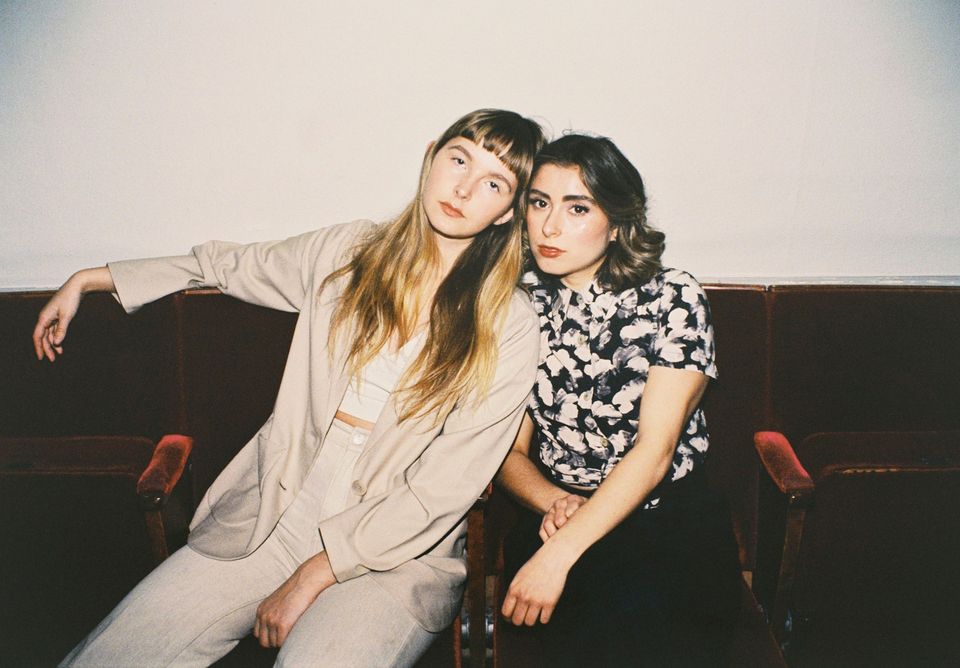 This is the first I’ve heard from Chivvy for a while and during the in-betweens they lost one of the members they originally had when they were a trio as The Tape, and in their new manifestation, namely Amorina, who has moved on to other ventures, leaving Alexandra and Ester.

They will release a new EP in the autumn and this song, ‘Kiddo’ may be a taster for it.

They’re known for an expansive, characterful, but dreamy guitar-based pop style which gets ever so slightly psychy at times. ‘Kiddo’ however builds towards a rousing anthem in its mid-section which will set your nerve endings a-tingling. “You’re like a fantasy to me…like ecstasy” if I heard the lyrics correctly.

The song is about when a new love is too good to be true and the realisation that the infatuation it prompts perhaps resides in the head rather than in reality.

I don’t why they chose that title, or what Kiddo means in Swedish. It may simply be a name. In the UK it has a distinct meaning, or rather two meanings. Firstly as a term of affection; a greeting to a friend. And secondly as a patronising condescending put-down, or a pejorative if you like. “On your bike, Kiddo.”

It’s what Liam might call Noel, or vice versa. On good days and bad days.

Both interpretations might apply here, and for that reason, plus the fact it’s very listenable song, it might well pick up some good airplay in the UK.

‘Kiddo’ is available from 2nd September on the Novoton label.