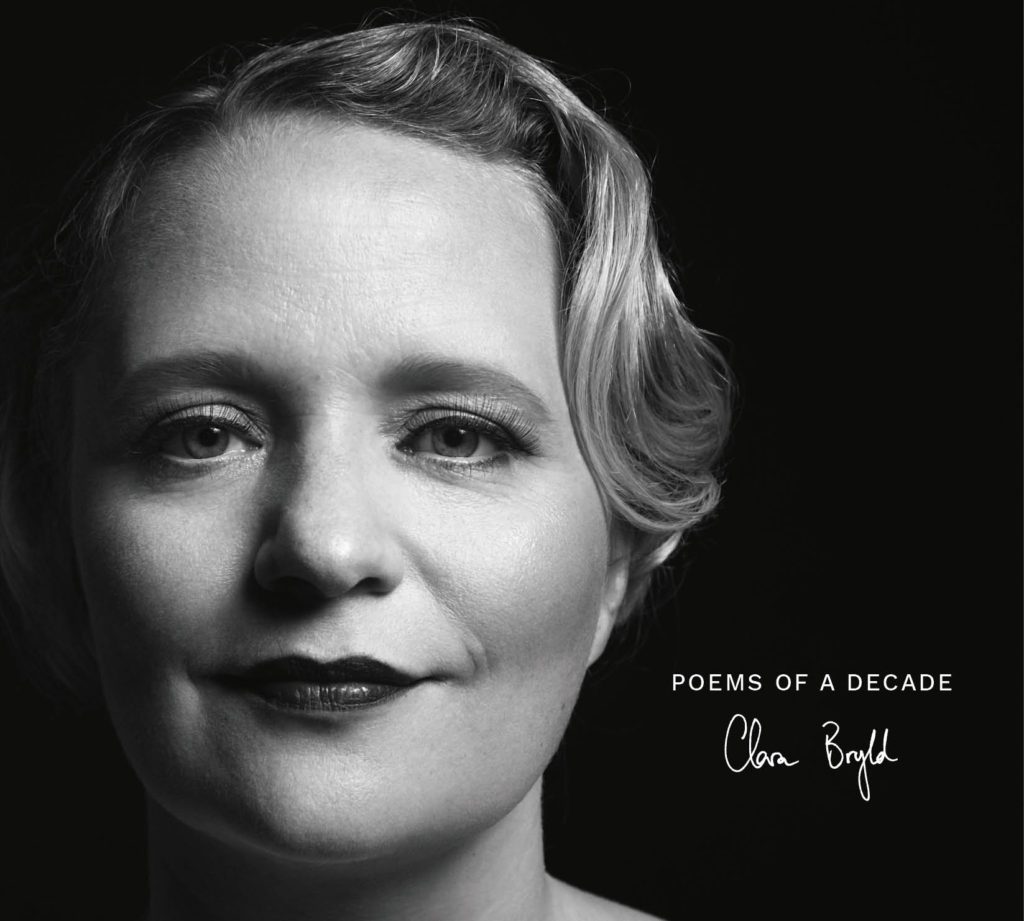 I’ve always been attracted to artists who can put music to poetry, whether it’s their own poetry or someone else’s. It’s quite a skill, and these pages have already featured some of them.

In Clara Bryld’s case she has put music to poems that she has written over a period of 10 years in her own ‘quirky universe’. The lyrics/poetry arise from her own experiences over that time.

On this track, ‘Rock Stars’, released as a single from a forthcoming album, the aptly-titled ‘Poems of a Decade’, she tackles coming of age themes; development from youth to adult life and dreams that did not turn out as expected; about fitting into the world, or not. And about the taboo that shall not speak its name – being an unmarried adult and not having children – yet. It’s funny, I’ve never thought of that as a taboo. I haven’t, but no-one mentions it. Perhaps they’re gossiping behind my back. Food for thought. And yes, I guess it’s harder for a woman.

She says that she had an “unrealistic” childhood dream of becoming a rock star, but instead was raised on classical piano and singing in church, her ‘rebellion’ consisting of blue eye shadow, a nose piercing, and “a taste for boys”. Shocking. The things that happen in Denmark

But she did at least write those poems and more recently added music to them.

This is the first time I’ve come across her even though she already has two albums under her belt and I wish I’d discovered her long before now. She has a fabulous vocal with a good range, although as she’s a vocal coach I suppose that’s only to be expected! The PR notes compare her to Kate Bush, which I can go along with up to a point and also to Eva Cassidy, which I certainly buy into. She sings in as close to perfect pitch as you’ll hear, just as Cassidy did, and she has one or two little tricks up her sleeve like a couple of decrescendos, which aren’t easy to control.

The song is well constructed around percussion (which leads it in with a catchy beat), piano and guitar and it has been constructed, per se. Just one glance at the lyrics (you’ll find them on the video) will tell you that this is a poem, and it must have been difficult to fit the meter to it. The first verse does seem a little laborious to be honest as she compares today with respectively 30, 50, 20 and 15 years ago, but after that the poem/song flows well despite that impediment.

All-in-all it’s an impressive piece of work which augurs well for the album.

The music video here was directed by Wifred Gachau and in it, Clara Bryld is seen up close, styled and made up as different versions of herself, “almost like on MTV” as she sings.

(I have to mention the promo picture which we used here. She reminds me very much of tragic US silent movie actress Clara Bow, whose story needs to be told in song).

The 10-track ‘Poems of a Decade’, nine of which have English titles, will be released on 4th February. It was recorded in 2020 in a home studio.