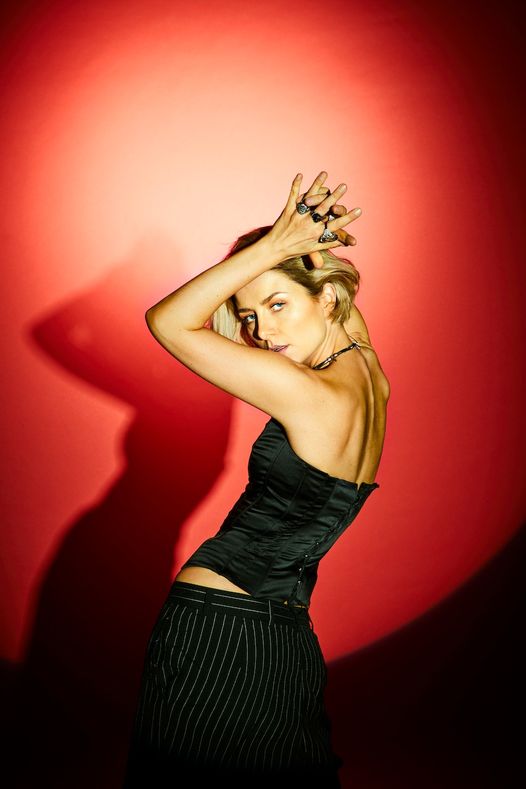 Tonight’s song, ‘Fine’, comes from Sweden, from Cornelia Jakobs, and isn’t actually a Eurovision entry. What I do know is that she is a finalist in the Melodifestivalen, the extended competition that selects Sweden’s entry for Eurovision, and which concludes on Saturday night, 12th March. (Update, 13th March: She won it!)

But not with this song. Her Melodifestivalen entry is ‘Hold me closer.’ However, this a newer song, released as recently as a few days ago, and with this cryptic message on social media:

“It will take some time to put down in words what this song and this video mean to me… so I will have to get back to you on that. But for now I just hope you enjoy it.”

I see what she’s doing but I’m not sure if dropping a new song when you should be concentrating on an existing one that could transport you to glamorous Turin is the best move.

On the other hand, why hold it back when it’s this good? It’s lo-fi and earthy at either end, giving full range to her slightly smoky, and yes, sexy voice. It could easily be an Adele song. Then it’s quite stimulating in the middle as synths enter stage left to gel perfectly with the vocal.

Towards the end it lapses into Swedish, a trick I last heard employed on an English language recording by Bonander on her song ‘Backseat’ and it works equally well if only because the repeated lines have an attractive ring to them, even if you don’t know what they mean.

I almost made the video a ‘Video of the Week’. It is mechanical and geometrical, set in what could be a scene from cult TV series ‘The Prisoner’ but in an aesthetic fashion if you get my drift and the synchronised dancing is something to behold. When I first glanced at it I thought I’d tuned into an S&M video in error, what with semi-naked ladies hanging off a wall, while her own subtle routines fall somewhere between Kate Bush and Sia.

All in all it’s an intriguing production from a highly capable artist, but you’ll have to exit that wheat field soon girls, Mad Vlad has caused a global shortage.