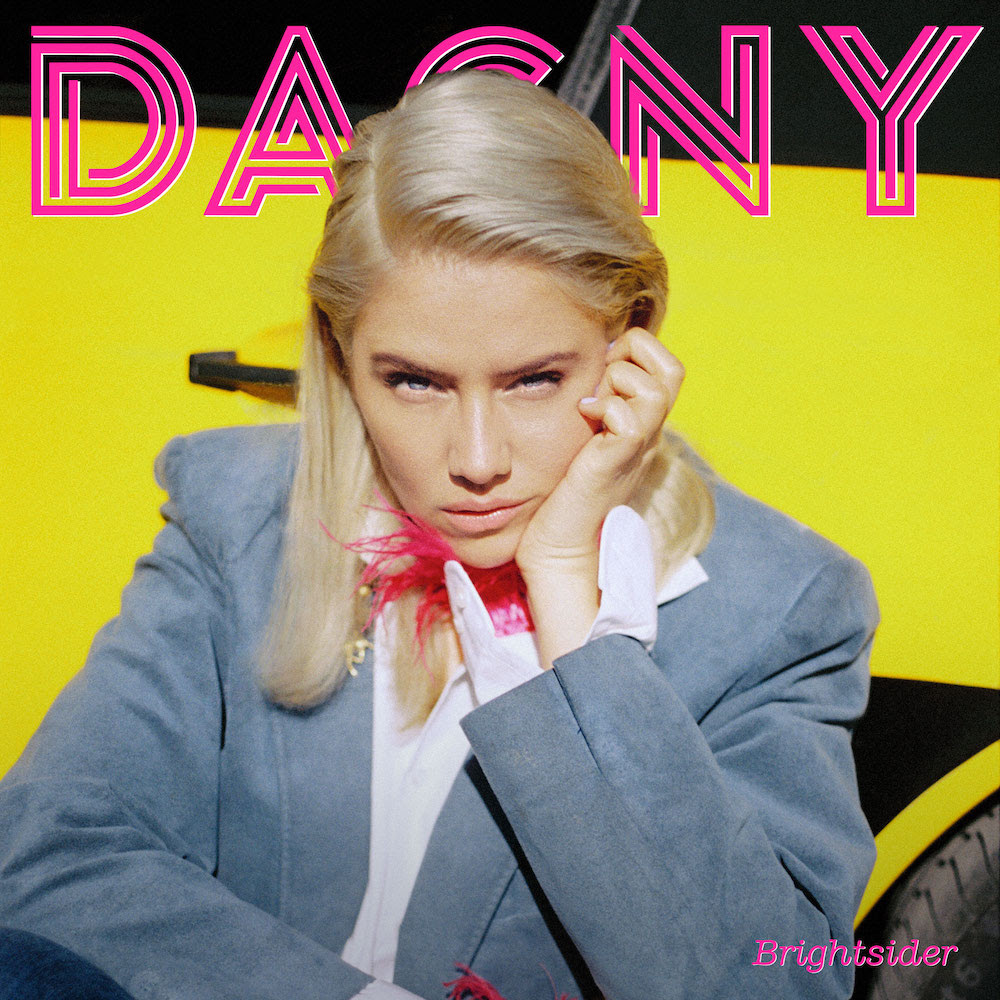 Norwegians have been absent from these pages for a few days but they are never far away and there’s a run of them over the remainder of this week.

Strangely, Dagny has never featured here before although I’ve been aware of her for quite a few years. She’s well known in Norway and her music has been streamed over a billion times, she’s been nominated for six Spellemannprisen (Norwegian Grammys) and has co-written songs for Katy Perry amongst others. Dagny recently embarked on a sold-out Norwegian tour that lasted for over two months, selling over 16,000 tickets.

And yet she never quite pushed the right buttons we me for a while and a big part of the reason for that is that she was consistently touted as ‘the next big thing’ (along with Amanda Tenfjord who did achieve that status when she represented Greece at Eurovision recently); not Dagny’s fault but such third party braggadocio places a huge weight on an artist’s shoulders and it can adversely impact on us critics, too.

I started to revisit my opinion just less than a year ago when Dagny appeared during the televised 10-year Memorial Concert for the victims of the 2011 terrorist attacks in the government quarter of the capital and on Utøya Island.

Dagny’s style can be quite brash and in your face and I wondered what she would perform there. It turned out to be an anti-war ballad, professionally, skilfully and tastefully delivered and she won me over on the spot. (Incidentally you can still watch a recording of that concert and I recommend it. See https://tv.nrk.no/program/MUHU22000021 and for Dagny select #13 in the boxes below the video).

And now she returns to recording action with a new single, ‘Brightsider.’ It’s bright like it says on the tin, it’s bubbly, it’s catchy and it’s loud with thundering drums and a panoply of instrumentation out of which collectively it’s difficult to identify an individual one, there’s so much going on. You can’t help but look on the bright side of life while you’re listening to it. Even Eric Idle would find that to be hard going.

If ballsy, shouty but melodious pop is your bag, you’ve come home. You might find it slightly over-produced in parts but that seems to be the way of things in Norway where pop music is concerned at the moment.

The song concerns how she willed herself to look forward to better days through a period of few new impulses and external stimuli – I think I can guess when that was – the song eventually becoming a catalyst through which she could express that positivity.

Speaking of Eric Idle I couldn’t help but notice this comment from Dagny, “for me, playing live has always been the alpha and omega of being a musician; almost like the meaning of life, actually.” She couldn’t be a closet Monty Python fan, could she?

‘Brightsider’ is out now via her own Little Daggers Records under an exclusive license agreement with Universal Music AS in a joint venture with Polydor DE. Did you get all that?

More new music will follow later this year. In the meantime she will be playing numerous festivals in Norway, including a spot on Amfiet, the main stage at Øyafestivalen in Oslo in August. That’s where the next big things end up eventually. And that’s followed by individual performances in Amsterdam, Berlin and London where, apparently, she lives now.