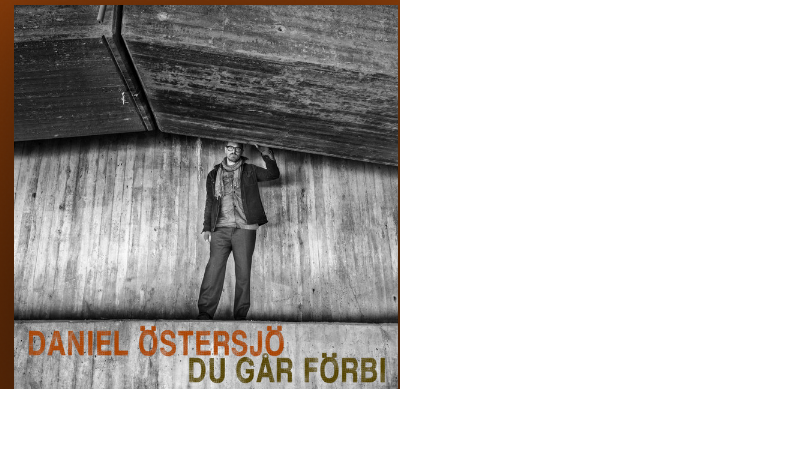 Let’s face it, there’s never a dull moment in NMC. This week already we’ve experienced the highs and lows, the uncontrolled exuberance and the restrained ambience of artists as disparate as Jonsson United and Betweenness. Both are Swedish and we stay there for a new single from the remarkably talented Daniel Österjö.

He may well be known to you already, being one half of the francophone and Francophile duo LE LAC LONG 814, who are doing their darndest to keep the spirit of the cultured chanson française going in Sweden.

And he was the architect of a recent anti-Ukraine war song, an excellent, haunting cover of Dylan’s ‘Masters of War,’ which explicitly targeted you-know-who; he whose name shall not be spoken. The Doctor Evil of Москва.

This time he’s on a different tack again with a song in Swedish, or actually, as he points out, in ‘jamsk’ – a dialect spoken in Jämtland in the northwest of Sweden. The lyrics are from the legendary Beppe Wolgers iconic book of poems from 1972.

Each song is a different person speaking. The first one ‘Du går förbi’ – which means that you pass by without noticing that person -a sort of Swedish Billy No Mates – is Jonas from Häggnäset. These were real people that Beppe met out in the villages.

The sound is more ‘street smart’ than usual, to heighten the contrast between city slicker and country dude.

And, he adds, with concerns about climate change, “we all need to learn from these oldies that know a thing or two about how to live close to nature…”

By Daniel’s standards this is quite a rocker, with some neat horns on the side and serious guitar shredding towards the end. What will he do next? Is there anything that he can’t do? Will Eurovision come calling? Watch this space.

‘Du går förbi’ is available on streaming services now. The word on the gata is an album will drop in September.