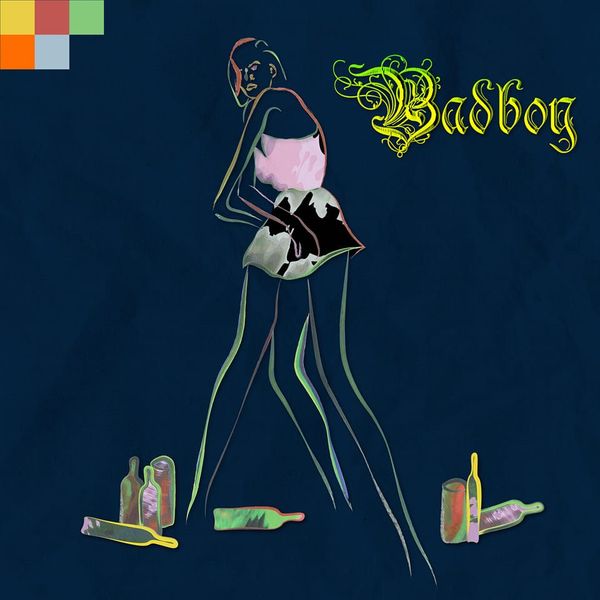 Oslo’s Das Body already have a song called ‘Boys’ under their belt, in fact it was the very first song of theirs I heard. Now they venture, a la Will Smith, into ‘Badboy’ territory. Boyz n the Hood relocates to Grønland perhaps?

This is the first time Das Body have appeared in this publication in its short existence but I have experienced them several times before while wearing other hats, even going so far as to ask out loud whether there’s a more dynamic band in Norway. (And I’m including Pom Poko). When they get up a head of steam there’s no stopping them.

Its 16 months now since they released their rather excellent debut album ‘Peregrine’, one that took a long time to happen so it’s gratifying that they have some new material out so sharply by comparison.

In the interim, their enigmatic lead vocalist Ellie Linden has undergone a transformation, reverting to a short black hair style (her ‘never ending hair journey’ as she calls it) and growing a third and equally long leg on the band’s new soc-med profile picture.

What does it all mean? I haven’t a clue. Das Body’s promotion is as cryptic as their songs. They merit a module of their own in the Norwegian Literature degree course at Oslo University.

On Facebook they posted “Next Friday, this badboy (hehehehe get it?) is out” with an accompanying short video of Ellie singing part of the song. Well no, I don’t get it actually, unless Ellie is having a gender awareness crisis and somehow I doubt that. You’re a gurl, Ellie. Indisputably. Three legs or not.

The song seems to be about falling back off the wagon after spending a considerable amount of time clambering on it. A strong hint lies in the empty bottles at her (three) feet in the profile picture and in the lines “And I saw an empty glass of wine and I ain’t got much more to lose/And wasn’t going nowhere so I filled it up with booze” and “Jesus kept me going when I thought that I would drown.”

I suppose I could extrapolate the story out to contrast it with Gurli Octavia’s wonderful album “I could be blossoming instead” in which she did wean herself off the devil’s nectar but I’ll leave that for another time.

And there’s a mysterious line which I can’t relate to the hard stuff: “And now my eyes are burning and I’ve no sense of smell or taste.” Time for a Covid test, perhaps?

But setting these smart lyrics apart, what Das Body is about is hard, driving but melodic indie pop that verges on rock at times. ‘Badboy’ doesn’t disappoint at all in that department.

The first 10 seconds sound like it’s going to be a sedate dream pop piece before the trademark bass/drum combination kicks in, followed shortly by the even more trademark Linden vocal which rises to a crescendo as if she’s just found Jesus. Praise the Lord.

I can’t really compare her to anyone else in Norway or the Nordics generally. Perhaps Sløtface’s Haley Shea, at a pinch.

There are few bands creating this sort of raw power allied to attention-grabbing lyrics outside of North America, let alone those that can rock it onstage. Marvellous stuff.