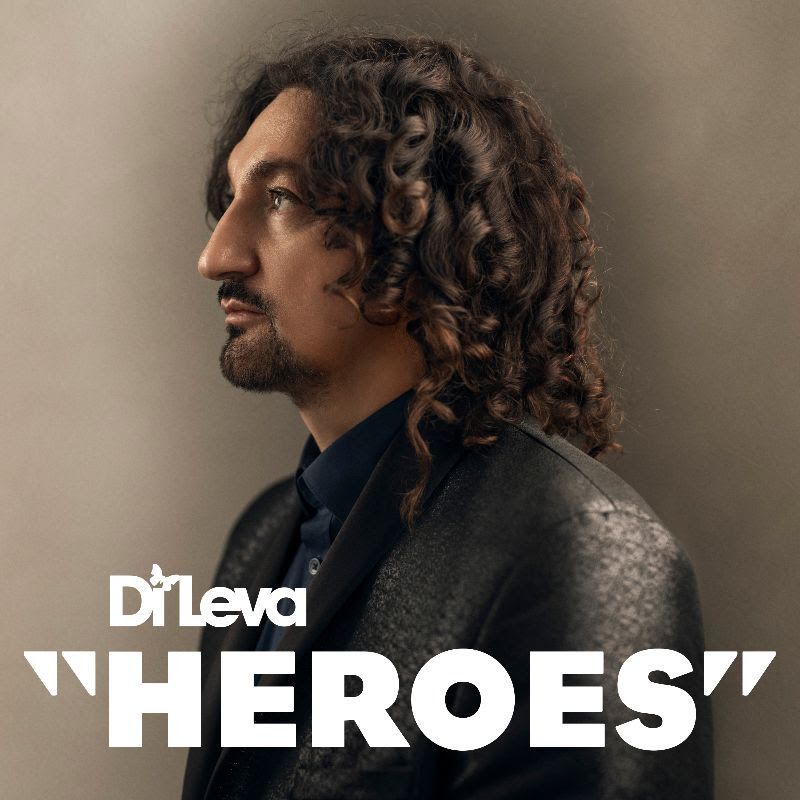 Yep, David Bowie would have been 75 this weekend. Swedish artist (Thomas) Di Leva has long been regarded as Sweden’s very own Bowie.

In 2018 Di Leva created and starred in a bestselling show based on Bowie’s life, the Bromley lad having been one of his most important sources of artistic inspiration as a teenager. He still tours that show, ‘Heroes’ remains one of the highlights, and it usually sells out so it is right and proper that he should record this cover tribute to Bowie at this time.

‘Heroes’ was co-written by Bowie and Brian Eno, and produced by Bowie and Tony Visconti (who was responsible for the production of most of his albums). It was recorded in July and August 1977 and is product of Bowie’s Berlin period.

It wasn’t a big hit in the United Kingdom or the United States after its release, but it has since become one of his signature songs and is the second most covered after ‘Rebel Rebel’.  The Bowie ‘scholar’ David Buckley (ha! That’s me with my mother’s maiden name) has written that “‘Heroes’” “is perhaps pop’s definitive statement of the potential triumph of the human spirit over adversity.” I don’t hear any dissenters.

Di Leva is one of Sweden’s most recognised and popular artists. He has received awards for both his music and live performances (including the Swedish Grammy Award for Best Artist), and he has also made several TV shows, concert tours and theatre plays, including a highly acclaimed performance of Shakespeare’s Hamlet.

I saw him performing at a festival a few years ago and the class just oozed out of him.

I recall reviewing some of his work back in 2019. He has a very wide conceptual range and one song was ‘Men in Black’, a sci-fi themed track and the first from the album of that title, and which he performed for the first time at the Storm Area 51 Basecamp Festival in Nevada, USA in September 2019.

It seems he is still pursuing a space theme and has a concept album ‘The Hybrids’ prepared for release this year. It wouldn’t surprise me if he found a backing group called The Roswells, each with two heads and bug eyes.

But back to ‘Heroes’. I’m not a covers person. Many of them don’t cut the mustard with me and I often wonder why artists have wasted their time making then when they could have been perfecting their own craft. But I have heard some crackers all the same. And this one ain’t half bad either.

He says he was trying to stay true to the dramatic original version, although through a “modern visionary lens”. Often I’d dismiss that sort of talk as being pretentious but in this case it isn’t pompous at all. Di Leva’s cut is simply an absolutely honest statement of respect. And you know what? Di Leva actually does sound just like Bowie, without even trying. And if anything it is laced with even more positivity than the original.

‘Heroes’ is released by Spaceflower for streaming and download today, 7th January. To celebrate David Bowie’s legacy Di Leva, together with Sofie Di Leva and Clement Morin, has also directed an accompanying music video to the song. The music video will be launched on YouTube on Saturday, January 8th and will be posted here as soon as it is available.