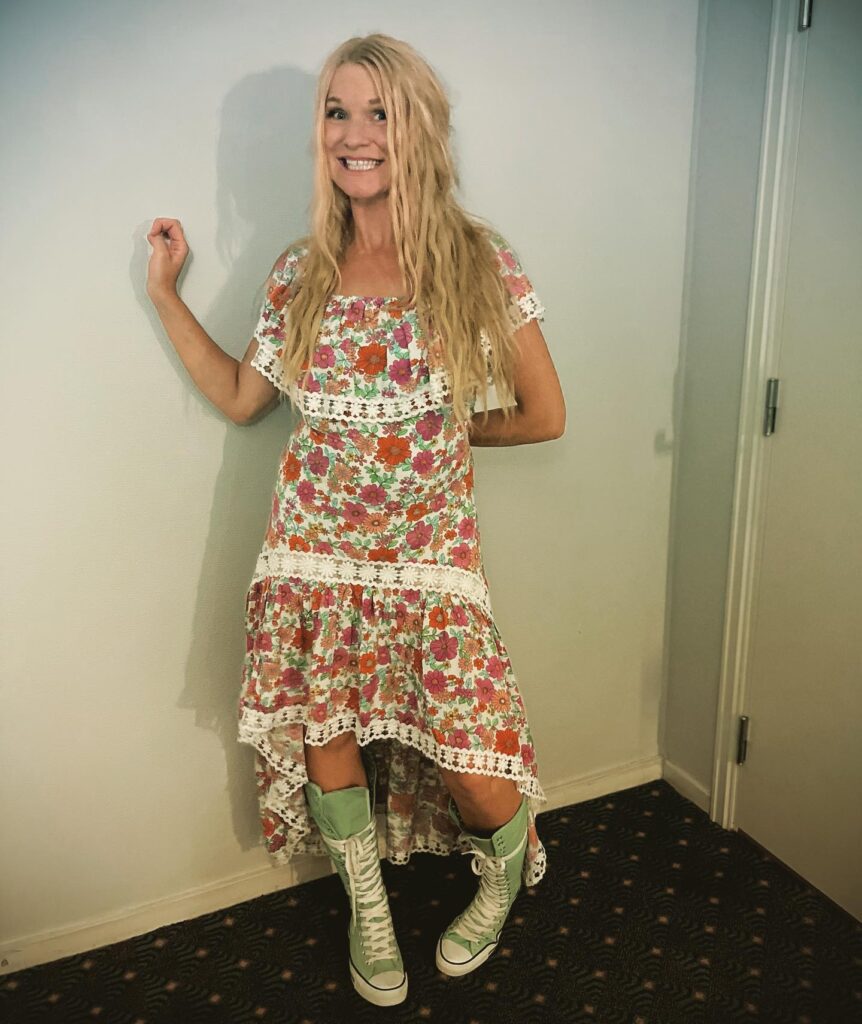 Believe it or not I’m at a loose end tonight, what with no new releases now until Friday this week, so I thought I’d take a little trip down Memory Lane but not far, just to 2019, and to an artist I have great respect for, and I song I just love.

I can also justify it in a way because Sol Heilo, while she is perhaps working clandestinely on a new album, is tied up right now with work that includes writing and scoring the soundtrack for a film, Kardemommeby, which is coming out at Christmas. That’s a direction she has been taking for a while and although she still does an obligatory tour around Norway every summer there seems to be no inclination to do that abroad, in countries like the UK, Benelux and especially Germany, where she is revered not only as a one-time member of Katzenjammer but also on her own account .

That’s a shame. I know foreign tours are difficult to arrange, requiring co-ordination with other musicians who have their own lives, and expensive. But the downside is that you can quite easily be forgotten if you can’t manage a tour in five years and she doesn’t deserve that fate. Perhaps 2023 will be the year.

The song, ‘Holde Rundt Deg’, was originally written and recorded by ‘Katastrofe’, the artist moniker of Petter Kristiansen, an exponent of ‘Happy rap’, around 2014 I think, and represented Norway in a couple of international competitions.

I think I’m right in saying that Katastrofe later went on to head up the record label that Sol signed to when she parted company with Propeller Recordings. For sure they met on the Season 8 (2019) set of ‘Hver gang vi møtes’ (Every Time We Meet), a Norwegian reality television show in which invited guests sing each others’ songs.

Sol sang his song on the show (there is a You Tube video of it) and later that year performed it at an annual outdoor festival, Allsang på Grensen, in rural Norway, which is the video here.

As is her wont, she’d changed it around considerably, slowing it down into a ballad, and then building it up into a powerful anthem in the chorus. She also placed her own trademark on it; the busker, playing the miniature drum kit – including the bass drum on her back and plastic hi-hat that she plays with her feet via strings – that she now habitually uses in the shows she plays with her band. (Now a multi-instrumentalist that can play 17 instruments and an all-round entertainer she is fundamentally a drummer, having joined a marching band aged seven and was once the percussionist in eight bands at the same time).

And that fashion sense – a print dress probably from a vintage shop somewhere on Markveien in Oslo’s trendy Grünerløkka district, where she maybe buys all her clothes. That’s so Sol.

‘Holde Rundt Deg’ translates formally into ‘Hold around you’ and despite fairly vague lyrics had been widely adopted as an anti-bullying song across Norway, which is perhaps why so many of the children (and adults) in the audience know it.

Plus the fact that it is a brilliant song. On several occasions I’ve asked Sol to record an English version in this style, for the simple reason that everyone I show this video to here agrees that it could do very well in the UK, perhaps even ending up on mass appeal TV shows like Children in Need. I believe that so much that together with a friend we wrote some English lyrics for it (it wasn’t easy to scan the rap part, believe me). If anyone fancies a go at it, let me know.