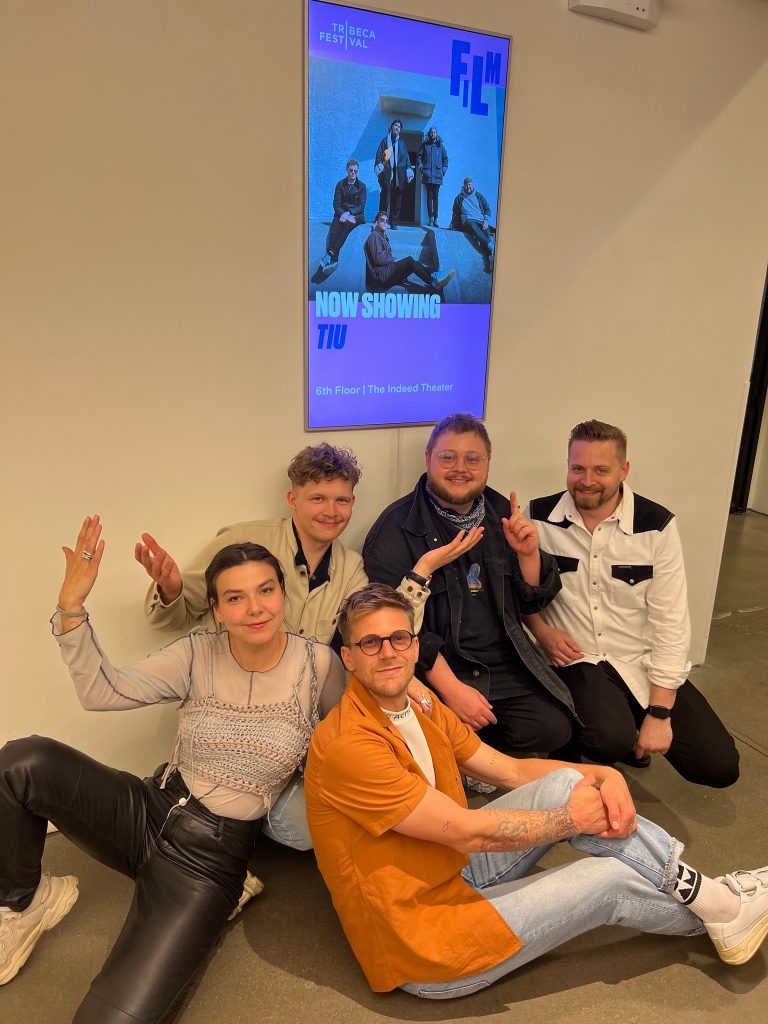 NMC steps back for a holiday with this first Down Memory Lane for some time, a flashback to 2011 (was it really that long ago?) and Of Monsters and Men’s debut album, ‘My head is an animal’ from which this song/video is taken.

That album captivated a lot of people, notably some radio DJs in the UK and US who played it incessantly. OMAM arriving as a breath of indie folk-pop-rock fresh air at a time when the music scene was a little stale generally with their brand of fairytale sing-a-long songs with unsuspectingly deep meaning. They haven’t been particularly prolific since with only two other full-length albums, both of which were technically better than ‘My head is an animal’ but neither of which attracted anything like the same critical support. Indeed it has become weirdly fashionable in some quarters to criticise them routinely now, which is ridiculous.

‘King and Lionheart’ isn’t the best-known song from the debut album by any stretch of the imagination. That accolade goes without doubt to the iconic  ‘Little Talks’ which remains to this day the most streamed Icelandic song ever, the You Tube video alone having racked up over 330 million views.

Neither is it my personal favourite, that one being ‘Six Weeks’ which I’m sure had an influence on the making of the film ‘The Revenant’, which tackled the same topic.

The video that was commissioned for ‘Little Talks’ was groundbreaking but I always felt that the dark one for ‘King and Lionheart’ took it a stage further, with intense graphics featuring abandoned dystopian cities and landscapes in which some or other interminable war of attrition is being fought out; a metaphor perhaps a decade early for what is happening now in Eastern Ukraine.

The story has it that ‘King and Lionheart’ tells the tale of, or is at least representative of, the enforced separation of OMAM’s singer-songwriter and joint front man Nanna Bryndís Hilmarsdóttir from her brother when her father left Iceland for Canada and took the sibling with him, leaving her behind with her mother. It longs for a period when they might have grown up together.

And certainly the video storyline enforces that theory as she pursues the boy, running from the giant thugs (her father?) but is unable to save him as he is transported away against his volition; he being the King and she the Lionheart.

But there is probably more to it than that as such a storyline doesn’t really explain the more generic opening lines:

The only conclusion I can reach is that like a lot of OMAM songs it is deliberately left open so that you can make of it what you wish.

The song is stirring enough but the filming of the video, the detail that went into it and the standard of acting, is nigh on perfect. It could have been lifted from a Disney/Pixar general release movie.

And the sad/open ending left the opportunity for a sequel which to the best of my knowledge was never written and made. As a 33-year old now one would assume that Nanna has long been reunited with her brother.

There has been some speculation that OMAM has reached the end of the line and could break up (there was a five-year gap between second and third albums) and the last time I saw them live, in November 2019, they seemed jaded and to have lost some of their live performance ‘spark’ although to be fair it was at the end of a long worldwide tour.

But they are still very much around, releasing an EP, ‘TÍU’ (‘Ten’) and a short film this month and I’ll review the EP shortly.