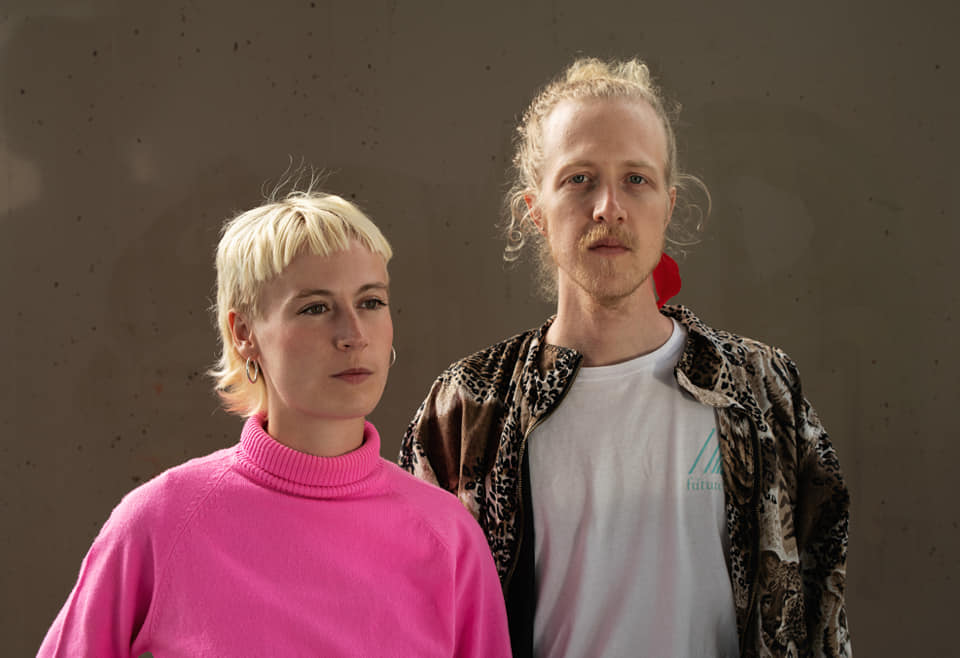 I intended to write about a recent Sasha Siem single tonight but then I chanced on the fact that the Gothenburg duo (ex trio) Wildhart had released an album, ‘His Arrows won’t hit Us’ in November last year which I’d somehow conspired to miss completely. That in turn reminded me of a song and video from 2018 of theirs about which I’ve written several times before but not in NMC, so here is ‘New Beginning,’ a fabulous production all round.

Wildhart (Kiwi Berg and Ylva Holmdahl, now minus Josefin the drummer) disappeared for a while a couple of years ago, I believe because Kiwi Berg was pursuing some academic studies while Ylva Holmdahl is in another band, Holy Now, which has been releasing songs produced by Mr Berg. I’m glad they’re back with their arcane form of dream pop because they are very good at it.

‘New Beginning’ completely bowled me over the first time I heard it and saw the video. Nothing has changed.

Essentially it’s a convoluted two-way, possibly three-way, lesbian love story, presented as a gentle ballad which builds and builds and then explodes at the end into what I assume is supposed to represent the maelstrom of their emotions as they enter a ‘new beginning’.

Directed by Julia Therin, the video is a little masterpiece, filmed partly on a railway bridge in wintry Stockholm and featuring a couple of local actresses/models/movers & shakers in Vilde Stampe and Sara Soltani Boljak.

The acting from both of them is sufficiently good to convince me that they really are in love. The chemistry is electric at times. And Julia Therin’s flair for lighting, atmosphere and mood is there for all to see.

Everything is so tasteful. Even Vilde Stampe’s ‘vomiting,’ which looks more like a bad case of Omicron.

I can’t believe this video has still only a little over 5,000 views, and many of them are mine.

I’d love to see this song performed live. I know they have had some shows in Sweden recently and hopefully they will be able to get over to the UK eventually.