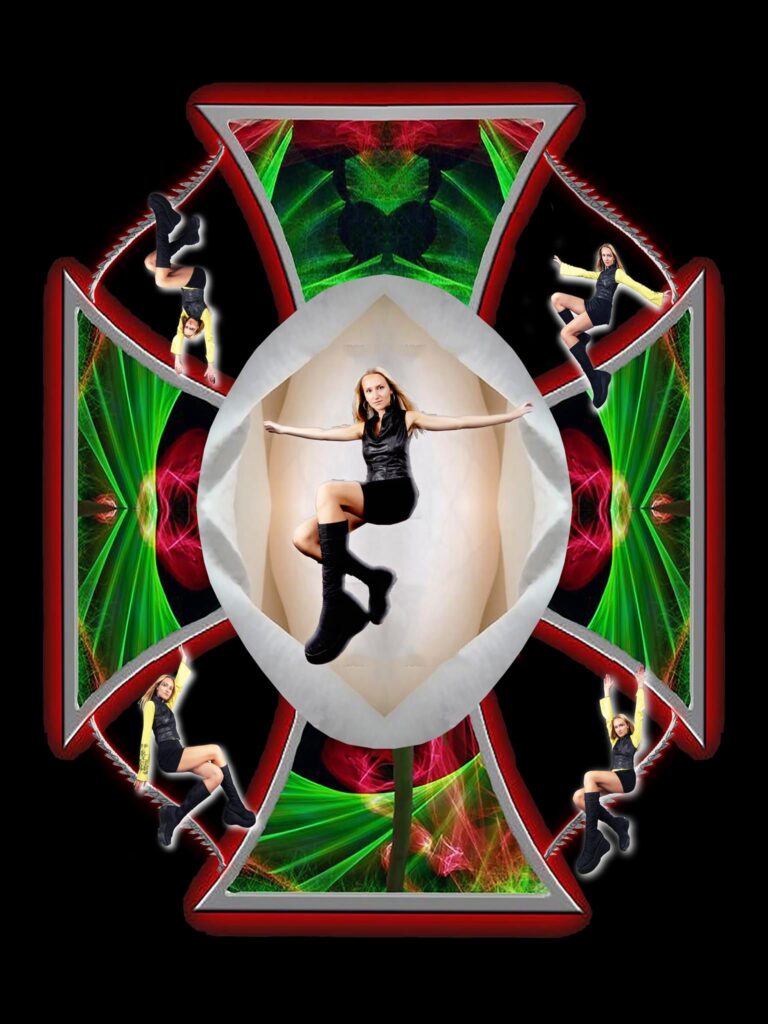 Let’s get the geography right first. I do believe Dragongirl (Nikoline Ursin Erichsen) is Danish, and from Aarhus, one of the most prominent music cities there, and also that she might possibly be located in Oslo now, the latter part based on her appearance at the By:Larm showcase festival there last year, and references to assorted other performances there too.

Now, who is the Isolde in ‘Isolde’s Greatest Challenge’? The one of Arthurian legend? I’m guessing she is because this track is sufficiently portentous to be representative of a Celtic Goddess who encourages devoted love, something which is close to Dragongirl’s heart judging from some of her merch.

Regular readers will be aware I’m a big fan of Lydmor, who is also of the Aarhus persuasion, a great song writing and performing talent who doubles as a DJ when the mood takes her and who has become a highly respected composer for theatrical productions. Ditto Dragongirl. This is starting to sound like ‘Desperately Seeking Susan.’

She’s dropped two EPs already including 2021’s ‘Tripomatic Fantasies’ with more evolution here and now into experimentation. I don’t always agree with what press releases say, but on this occasion her promoters have nailed it with the observation that, with this song at least, it is accessible to both the dancing crowd and the focused listeners. And that isn’t easy to do. The interests of the two parties tend to be somewhat contradictory.

Indeed I’d go a stage further and say that while it is fundamentally hardcore techno it is flavoured in parts by elements of symphonic metal, and that’s a combination I haven’t heard before. Perhaps Nightwish or Epica might fancy a crack at some EDM toons?

The first 45 seconds, before the big guns come in, sound like they could have been the soundtrack to the scene in 2001 – A Space Odyssey where astronaut Bowman goes via the monolith portal into the Stargate and then, as if to bamboozle everyone, around half way through she might have recorded an industrial lawnmower, you know, like the ones the council uses to trim the playing fields.

There is a lot going on here and you’ll need to spin it a few times to get the full message, pop-pickers. It’s primordial in texture but modish at the same time. A rare recipe.

‘Isolde’s greatest hit’ is out now.