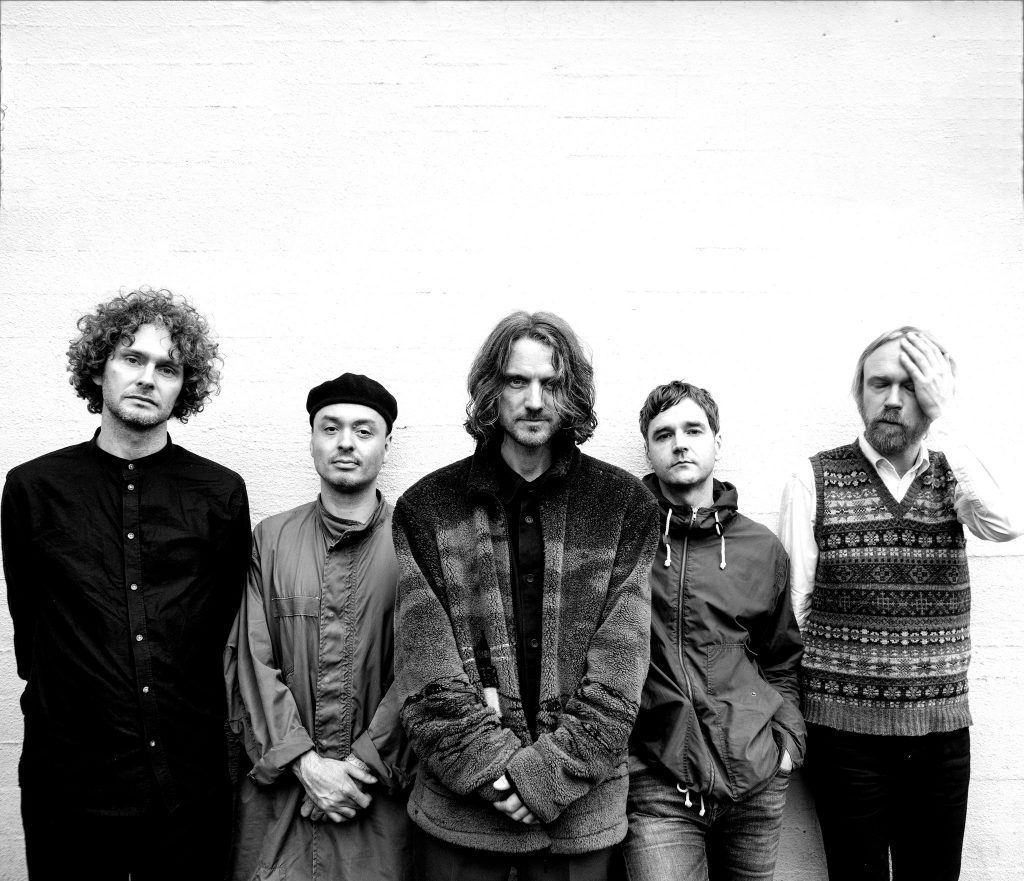 Ready for today’s Swedish lesson? Here we go. Dungen’s second single from their album ‘En Är För Mycket och Tusen Aldrig Nog’ (‘One is Too Much and a Thousand is Never Enough’) has just been released and it is called ‘Om Det Finns Något Som Du Vill Fråga Mig’(‘If There’s Anything You Want To Ask Me.’)

Glad to have that out of the way.

Dungen is singer/songwriter Gustav Ejstes and his band, although he often plays most of the instruments on studio recordings. He’s been making explorative psych rock records under that moniker for two decades. The album will be the first Dungen record since 2016’s ‘Häxan’ which was written as a score for the 1926 animated film ‘The Adventures of Prince Achmed’ and the first proper studio album since 2015’s ‘Allas Sak’.

The album was recorded in Gothenburg, in a series of sessions between 2017 and 2021.

The album promises classic psych rave-ups and the “brilliant vocal harmonies of Gustav Ejstes that have long made his trademark,” mixed in with “piano played so gently it sounds like he’s trying not to wake someone in the next room.”

That seems like a pretty tall order for any artist so how does this single measure up? Before I start, I’ll be straight with you (as I always am) about psych. Some of it sends me to the very edge of consciousness. Some of it renders me unconscious. I approach it warily.

My chronic under-appreciation of the Swedish language doesn’t help and it would have been better to have access to the lyrics, in English. Frequently the quality of the lyricism is what makes a song. All I know is that it is about holding secrets and truth on a personal basis and that the album as a whole is influenced by Gustav’s recent sobriety, indeed marking the first album he recorded without being ‘under the influence.’

The track may not be representative of the album, we shall see, but I have to say I’m a little underwhelmed. I didn’t find myself at the edge of consciousness and I found it difficult to reconcile the press release’s “a hazy, sun kissed atmosphere with bright guitars and harmonies“ with what I hear.

It’s evident that Gustav is held in high regard in Sweden with quite a following and I’m uncomfortable about being a party pooper and especially so because he was keen to prove that his creative abilities are not tied to any sort of abuse.

The best I can say is that it’s a fairly bland, drum heavy piece of rock that’s lacking any noticeable melody. It does pick up towards the end when a powerful but routine heavy rock guitar riff is introduced but by then it’s too late in the day to rescue it. I can’t square it with what I class as ‘psych’ either. I didn’t feel the urge to turn it off but I hesitated to put it on repeat either.

One thing I will add though is that I will watch out for the album (due out October 7th on the US Mexican Summer label) because it is well talked up and I don’t believe for a second that that this is the best it has to offer. I did check out the previous single, ‘Nattens Sista Strimma Ljus’ and that was much more inventive and inspiring.