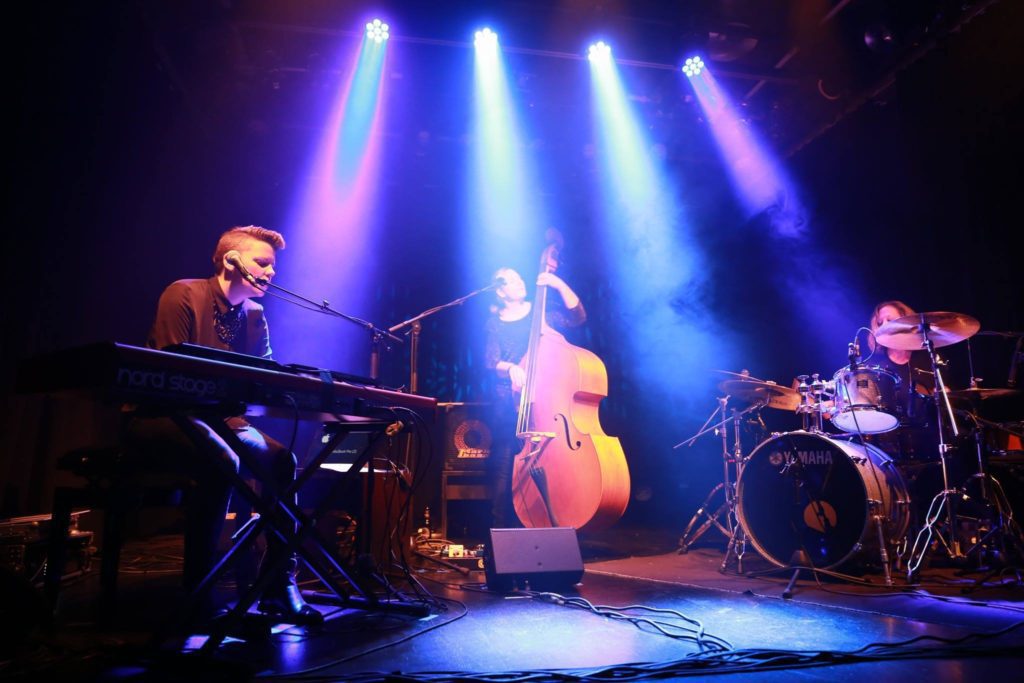 Back in July and in anticipation of an album, ‘New Constellations’, later in the year, FALKEVIK released the first single, ‘Amplify Me’ one which continues the Norwegian tradition of blending experimentation with mainstream pop to produce a unique sound.

Now the second one is made available, and along with it a tasty video.

FALKEVIK are Julie Falkevik on piano/vocal, Ellen Brekken on bass and Marius Trøan Hansen on drums and they are occasionally joined by other musicians, such as Olva Kvernberg here on strings, synths and marxophone. Is that Karl or Harpo?

And ‘Amputation’ is a jazz-centred piece but experimental in a way which might have put it centre stage on ‘Jazz Club’, the spoof sketch from British TV’s ‘The Fast Show’ in the 1990s but without the acerbic comments from show host Louis Balfour.

‘Amputation’ is even more staccato in its presentation than its predecessor, if that is the correct musical term and I haven’t a clue what the time signature is. Trying to be clever (ha!) I’ll take a punt on 14/8 but it could be 123/your birthday for all I know. It ain’t straight forward that’s for sure and it wanders off into a wonderful structured jam towards the end in which bass is boss.

The video is offered in a jarring, stop-start fashion too, perfectly capturing the mood of the song and with a hint of menace thrown in even if the images suggest a medical amputation rather than an aggressive one. If there was ever a ‘Clockwork Orange 2’ it would fit the bill perfectly as a soundtrack. Yesterday Beethoven; today Falkevik.

There’s probably only a relatively small audience for work like this, which is a pity but its devotees will be happy with ‘Amputation’, of that I’m certain.