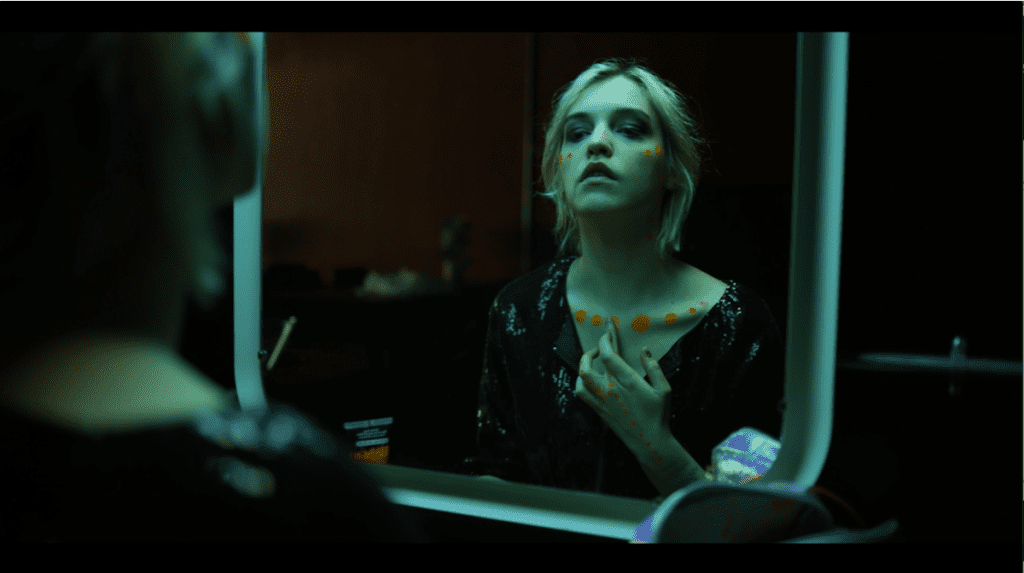 Resuming our feature series, the ‘Five Course Musical Feast’ in which an artist selects five songs and tells us in a few words why they mean so much to them, we go this time to Denmark and it is the turn of Lydmor to select her own gourmet ‘Desert Island Discs’.

Jenny Rossander is one of the most dynamic artists coming out of that small country for many a year. Her multiple personas include those of producer, dancer and DJ, also as a composer for theatre, music hall and film.

But she’s probably still best known for her explosive live performances of challenging electro-pop songs and her subtle and poignant little ballads.

She’s an artist with a wide range of skills, erudite, articulate and opinionated, and you wouldn’t expect her selection to be less than eclectic.

And so, without further ado, to that selection.

“I know its kinda cliché to put it here. But everyone I know was at a Hopkins concert two days ago in Copenhagen, and they’ve been going on and on and on about since, it’s like “wow, it was so amazing, you should have been there, best show ever, yadda yadda”. I mean, my f***ng MOTHER was there. And I wasn’t. Maybe I feel like if I put a song of his on this playlist, it’s gonna feel like I was there. Haha great plan, right? Anyways WE ALL KNOW, this is the perfect electronic piece of music. The way the bass moves. The rhythm changes. The synth design. Blablabla. PERFECTION.”

“I thought I loved EASTER when I heard ‘The Softest Hard’, their previous hit single, but THIS is something completely different! Is it literature? Is it poetry? Is it hip hop? Is it music? What’s going on with those teeth? Why is she going to eat his bones? I am completely in a mysterious trance and I keep going back to it, not really knowing why.”

God, we need some peace and quiet after the first two, don’t we? Let’s just put on some good old Isaam Hajali (the whole album is great by the way)

This voice has the godlike effect of calming all your nerves, and at the same time make you wanna reach out for your loved ones and say;

“mom….. I love you. (even though you went to the Hopkins show without me)”

“Do you wanna feel like a movie? Do you want to be fooled by a name and think you’re just listening to a voice memo but actually it’s the profound start of the album, and maybe you start to think: what is the difference between a voice memo and an album?

Many thanks to Lydmor for taking part in this feature.

We also featured her recent single release, an acoustic version of ‘Lsd Heart’, which will also be on her next album, ‘Nimue,’ due out shortly.

Read about it here: https://www.nordicmusiccentral.com/all-news-and-reviews/lydmor-denmark-lsd-heart-single-from-forthcoming-album-nimue/

Catch up with Lydmor on: