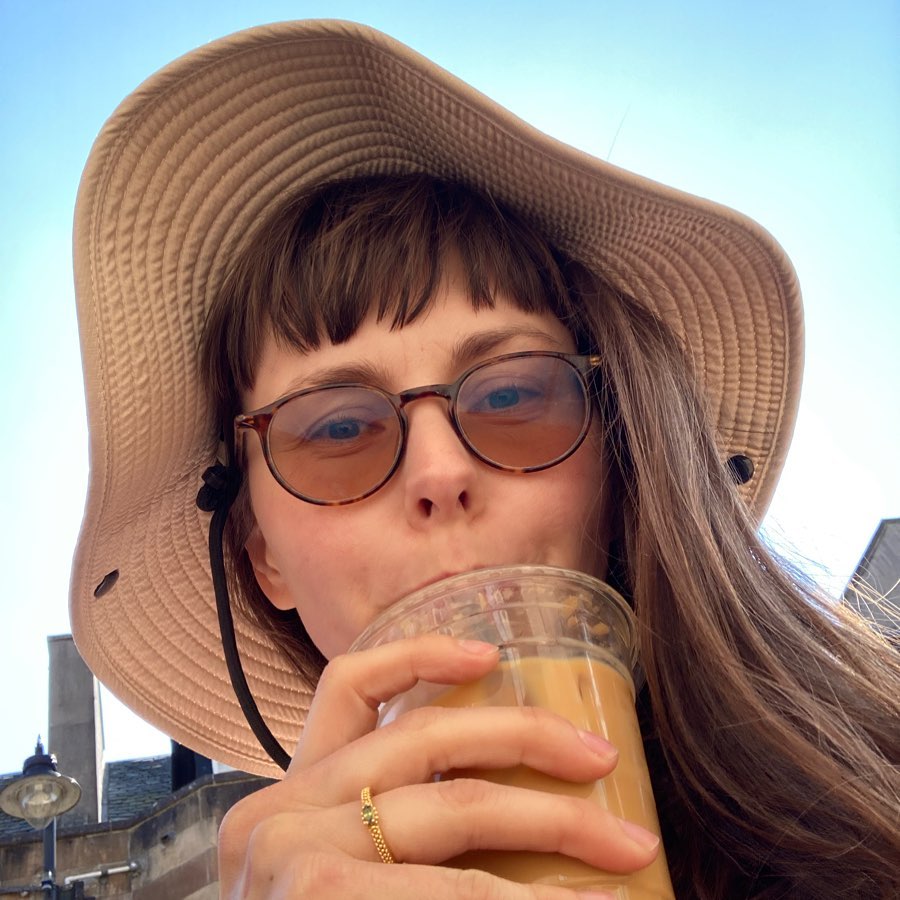 Resuming our feature series, the ‘Five Course Musical Feast’ in which an artist selects five songs and tells us in a few words why they mean so much to them, we’re staying in Norway and this time around it is the turn of Siv Jakobsen to select her own gourmet ‘Desert Island Discs’.

If you don’t know of Siv, you really should do. She’s an artist that makes the time and effort to tour abroad frequently and that’s so important after two years of the cultural devastation wrought by the pandemic. What’s more, she’s planning a European tour for later in the year right now, undaunted by a series of previous, enforced cancellations, and has taken to social media to ask her followers to tell her where they’d like to see her play.

Hopefully she’ll be bringing her little string section with her again; they add so much to her live shows.

As I said in a recent review of her first single for a couple of years (‘Most of the Time’) and after her last album, ‘A Temporary Soothing,’ there are few artists who can be as intense as Siv, in the recording studio and on stage, what are tantamount to panic attacks pervading some of her songs, and yet at the same time she has the ability to convey the calm and soothing nature of her character. ‘Don’t Panic: Just Call Siv’ the T-Shirt might say. Those poles make for a fascinating contrast.

And so, to her selection.

First-off is the Peruvian-Danish parented American lady Madi Diazand her song ‘Forever’, from the 2021 album ‘History of a Feeling.’  Madi shares the distinction of being a Berklee College of Music drop-out, along with St Vincent and others, but as is often the case it did her no harm at all. She also seems to share with Siv the ability to impart her angst over relationships that went wrong freely, although somewhat rather more histrionically!

Siv says, “I discovered Madi’s music last year and her album ‘History of a Feeling’ is probably my favourite album of that year. Every time I listen to ‘Forever’ I get chills, especially when she sings/screams out “You so casually say it’s forever. You’re saying it like it’s whatever.” It’s a punch in the gut.”

2.   Julia Jacklin – When the Family Flies In

Siv’s second selection comes from Australian chanteuse Julia Jacklin, who once lived in a garage while working in a factory. Not quite your Berklee drop-out; she did graduate – in Social Policy.

‘When the Family Flies In’ (evidently to a funeral) is from Julia’s second album, ‘Crushing’ (2019).

Siv says, “This song is so beautiful and heartbreaking that I sometimes have to skip through it – sometimes it’s too much to bear, listening to it. Still, it is one of my favourite songs, ever. Julia is a treasure of a songwriter.”

To the U.S. by way of South Africa, for Siv’s third selection: Gregory Alan Isakov and his song ‘Chemicals.’

An émigré to the U.S. from his native Johannesburg, Isakov studied horticulture and was working as a gardener when he began to play music seriously and released his first album in 2003.

“What can I say – to me there is no-one quite like Gregory. I know most of his songs by heart, having listened to him repeatedly for years now. He is a beautiful artist and songwriter and ‘Chemicals’ is perhaps my favourite song of his. Lyrically he is like no-one else, and his songs and voice is a soft soothing that makes me calm even when I am at the brink of panic.”

Back on home turf for Siv’s fourth selection, which is the Norwegian singer-songwriter Simen Mitlid; here with Benedikt (Hans Olav Settem).

“Simen and Hans Olav are two of my favourite Norwegian artists, and this collaboration between them is so beautiful. When the soft choir of voices comes in during the chorus, quietly whispering the lyrics, it’s nothing less than stunning. (Simen and Hans also coincidentally produced my latest single ‘Most of the Time’, precisely because they’re two of my favourite artists and collaborators.)”

Finally, and staying in Norway, to Ole Kirkeng, who coincidentally is a Berklee graduate, after which he moved from Boston to Brooklyn, New York, one of the two main east-west coast centres for independent music artists, and where he might have know Siv, who also spent a few years there.

During the pandemic he returned to Norway where he recorded his debut EP ‘Rocking Chair’, (February 2021), which is where this track can be found, and he has since released a single (2022), ‘Still on my mind.’ Hmm.

“This is such a greatly crafted song by my dear friend Ole Kirkeng. Ole is a fantastic songwriter and his way with words is exceptional. He really pulls me in with his lyrical and melodic sense, writing not only great songs but great stories as well.”

There is a common theme to Siv’s choices here. Some indie-folk musicians personally like music that is as far removed from what they do as possible. I know one that is obsessed with ambient drone, with the volume turned up to maximum. Others opt for experimental electronic, or death metal.

Not with Siv. If you like her selections here (and how could you not??!) you’ve pretty well encapsulated what Siv Jakobsen is all about.

Siv, thank you for doing this and we look forward to seeing you in the UK soon (one date is confirmed already – London 29th September at the Slaughtered Lamb).