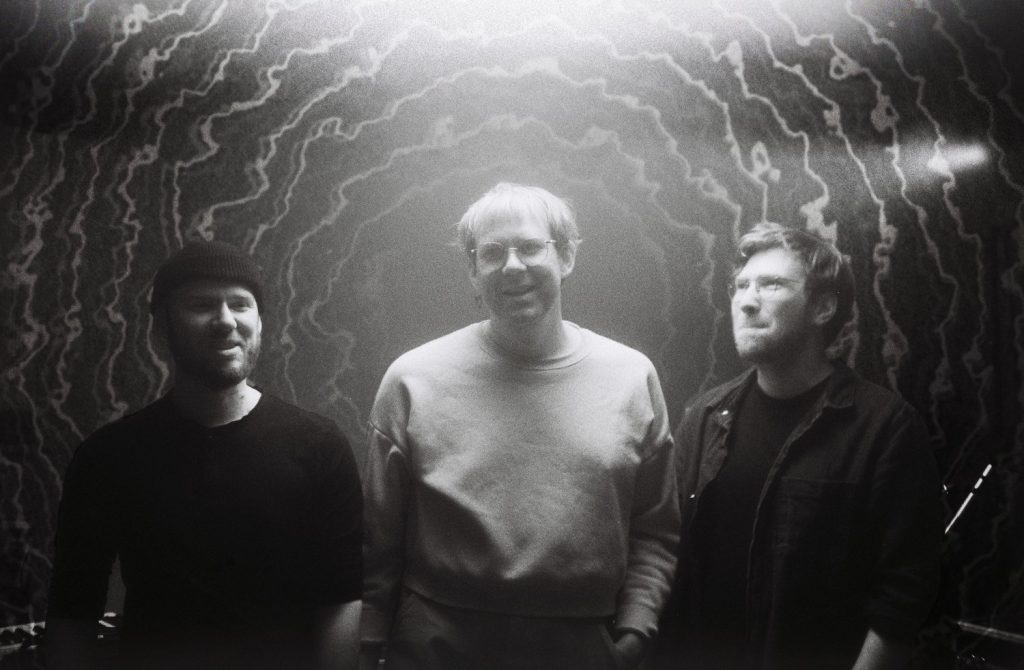 Federation – a bunch of latter day Judases who have a ‘silent agreement’ not to play any acoustic instruments in the band, eh Bob?

That would be far too simplistic for they have numerous virtues which count much more than an acoustic aversion, such as doing everything for themselves – audio recording, video material, photography and album art- within one ‘unified vision’, and self-releasing their product. A truly DIY band. A musical IKEA.

Both this single and the album (1st June) are called ‘Heartfelt’ and are a culmination of almost a decade’s work since the band’s inception.

A factor in their decision to eschew anything acoustic is that it prompts them to challenge themselves “not to get stuck in their usual routine, and make something new.” I don’t quite get that because I don’t know if they have any prior acoustic work that could be described as routine.

They say their sound can be best described as “a mix of a lot of synths, pedals and drum machines with an indie/rock song structure.” I wouldn’t disagree with that. I find it, judging from this track, to be quaintly old-fashioned. I hope they won’t be offended by that – it isn’t the intention.

When I was a schoolboy, a long time ago, I went to see a German rock band on a school exchange trip, my first ever rock concert, followed by a double bill of Curved Air (with the then gorgeous Sonja Kristina) and Wishbone Ash the next day. I’ve still got the poster on my office wall (Isn’t that pathetic?) – ‘Die Feels im Easy – Freitag ab 19.30 Uhr.’ And Die Feels are probably too old to feel anything now.

The point is that what Federation are doing on this track – multiple layered synths over a psychy rock beat – is exactly what Die Feels was doing then.  I can still picture them on that dingy stage in a rundown club on the wrong side of the Hamburg tracks.

That doesn’t mean they’re stuck in a time warp, rather that some forms of music are perennial. They’ll never fade away, will they, Mick? All that matters is that it is heartfelt; and this evidently is.

‘Heartfelt’ was one of the first songs written for the album. The lyrics “deal with themes of growing older and nostalgia for times passed” (you see, there you go!)

Visually, the band look sort of ‘dated’ too, as if they missed the cut when ABBA was being put together, which only adds to their charisma! You’ll see what I mean if you check out the live video of this song (where they could be playing in ‘Easy’ – wunderbar!)

Federation consists of Nisse Axman and siblings Vic Narin and Daniel Nilsson-Wallin. The trio has played in multiple bands together since they were teenagers. Now here’s a thing. They all grew up in the small town of Bollnäs, which I instantly recognised because it is also home to MFMB, who we featured not so long ago and will do so again shortly. What’s more, Vic Narin is also a member of MFMB. Small World!

‘Heartfelt’ is out now on streaming services.