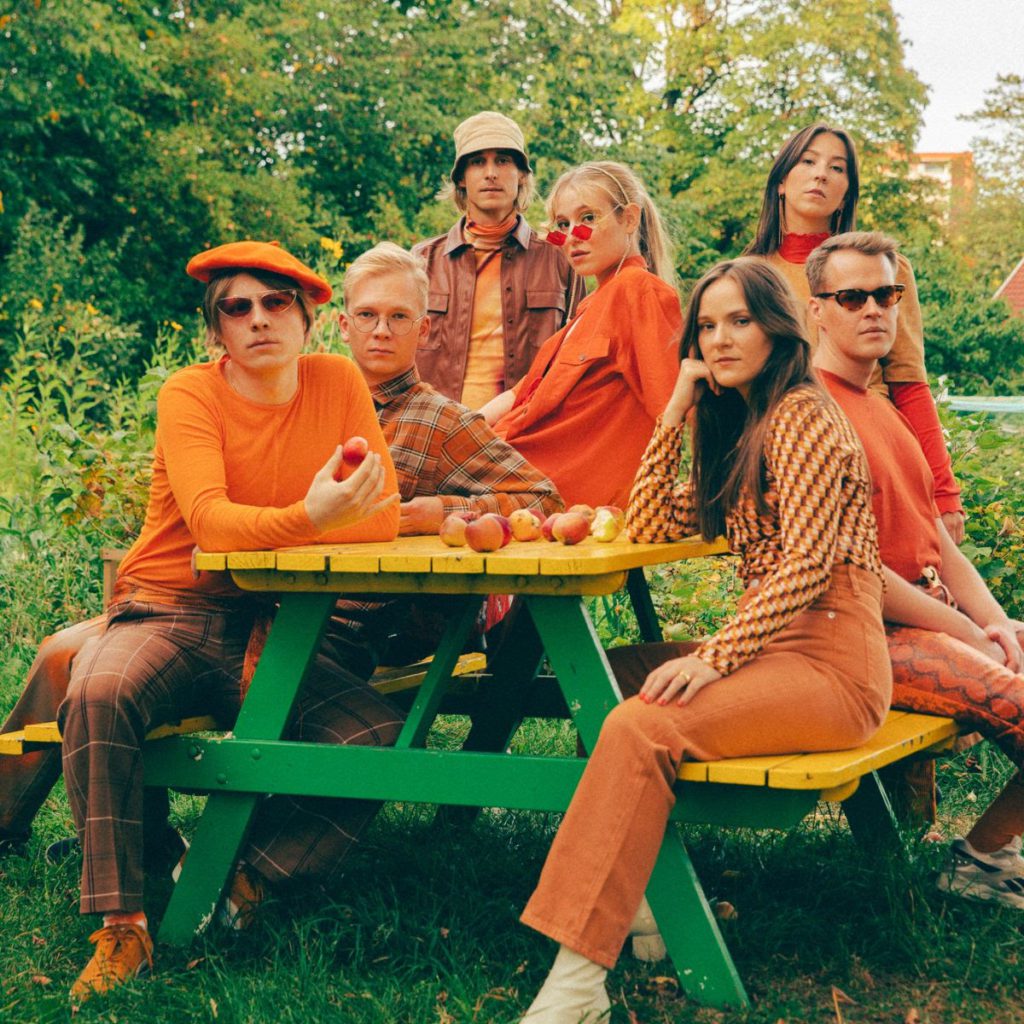 We’ve had some serious stuff this week so time to chill out on Funky Friday. You can’t get a better band to chill to than Fieh, with their jazz, R&B and soul fusion.

Arising out of rural Norway rather than sophisticated Oslo, they’re all old schoolmates and most of them attended the Norwegian Academy of Music, which was also home to Øystein Skar whom we featured earlier this week. We move in the right circles.

They’ve been around since 2014 and in 2017 released their debut single ‘Glu’. Last year they managed to get on the FIFA 2020 soundtrack.

Their range of influences is wide, embracing Joni Mitchell, Erykah Badu, and The Beatles among others and their forthcoming album, ‘In the Sun in the Rain’, is said to incorporate funk-laden tracks like this one along with orchestral and experimental songs.

Debbie Harry might have been hanging on the telephone but Sofie Tollefsbøl, one of the seven-piece band’s founders, simply isn’t a ‘Telephone Girl’ at all so don’t expect to hear from her if you leave a message. She says, “This song is a public apology to everyone who’s ever tried to call me. It’s not you, it’s me”. As a sufferer from telephobia myself, you have my sympathies, Sofie. And it’s for the same reason. Just like the telegram of yore, all too often there’s ‘bad news on the ‘phone’.

It simply oozes groove. She says the bass line came to her in the shower. It must have been the world’s most vigorous power shower, because it could shake your teeth loose.

The PR points out their ‘tightness’ and I have to concur. The bass and drums (with a nifty little mini trap beat) could be joined at the hip and an interesting range of instruments come together in a way which produces a unique sound, topped off by Sofie Tollefsbøl’s sultry vocal.

It amused me that their press photo has them all dressed in orange like the Dutch football team that pioneered ‘total football’, all 10 outfield players moving forwards or backwards uniformly, as required. That’s pretty much how they play their music.

‘In the Sun in the Rain’ will be released on March 4th, 2022 via Jansen Records.