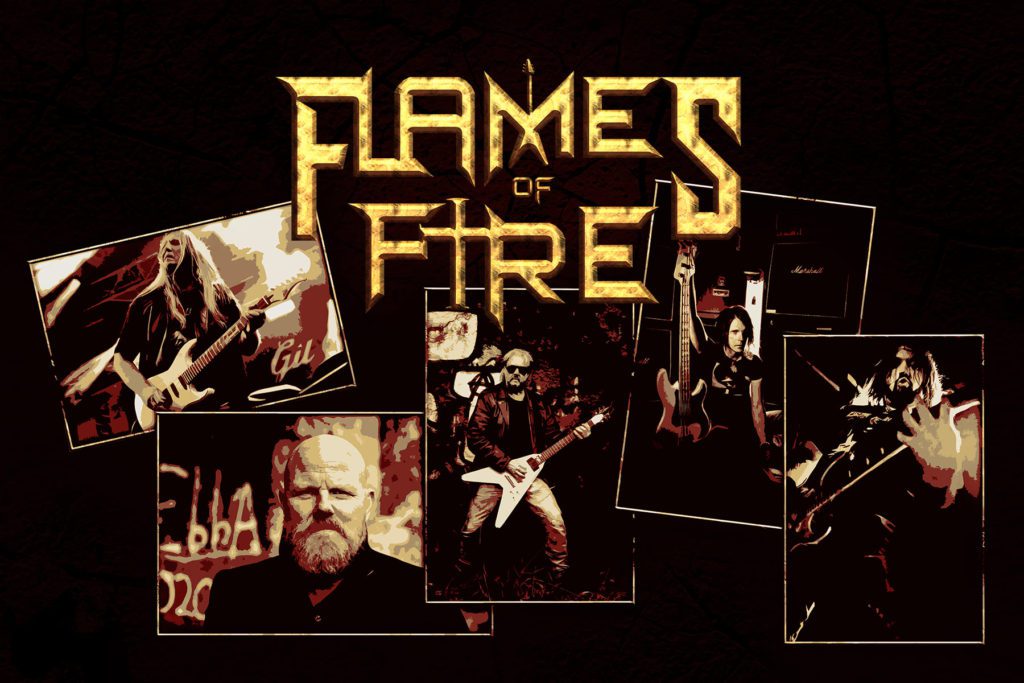 Nope, not a cover of the Laura Branigan classic (incidentally Angel Olsen made a pretty good one of that recently which is worth checking out). This ‘Gloria’ is from Swedish heavy metal band Flames of Fire and it’s rather tasty.

FoF’s members are actually pan-Nordic, hailing from Sweden, Norway and Finland and they’ve been involved with a variety of other bands including Narnia, which has been around for a very long time. What I haven’t been able to figure out yet from their socials is whether they are a Christian (as in religious) band or whether the reference they make is to their founder, Christian Liljegren Mats-Åke Andersson, or both.

I suspect ‘both’ because there is a smattering of related content across those socials including a rendition of ‘Oh Helga Natt’ (Oh Holy Night).

Ok, that’s settled then. This is the right time of the year to feature them.

Physically, they don’t exactly look like church wardens and the band name suggests something Dante’s Inferno-like but that’s metal for you. I’ll lay my cards on the table. I’m not a metal fan as such. There’s one (symphonic) metal band I’ve got a lot of time for – Nightwish – plus a couple of others I follow intermittently such as Epica and Therion. That’s pretty much it. The likes of AC/DC, Iron Maiden, Metallica, Rammstein et al don’t resonate with me.

That’s because I like a tune, no matter what the genre and it is also what Flames of Fire provide here. Moreover, they are tight, despite playing consistently rapidly throughout. (Their promo mentions they are for followers of, inter alia, Yngwie Malmsteen and you don’t get much faster than that).

There’s a solid riff right from the opening bars, an instrumental bridge of the ‘practicing your scales’ variety that ticks all the boxes, and Christian has the heavy rock growl off to a tee while being able to belt a falsetto scream when the time is right. The bassist (Alice Cooper?) adds almost as much intricate melody as the guitars.

Towards the end it’s gravitating into an anthem and could possibly have been rounded off a tad more dramatically than it is.

I’m not sure about some of Christian’s mannerisms. He reminds me too much of the bouncer who regularly threw me out of the pub during my misspent youth! And the fist clenching is eerily reminiscent of one of Joe Biden’s mad moments.

Yep, metal for those who don’t follow metal. That will do for me.

‘Gloria’ is out now. No word yet on the release date of the eponymous album.