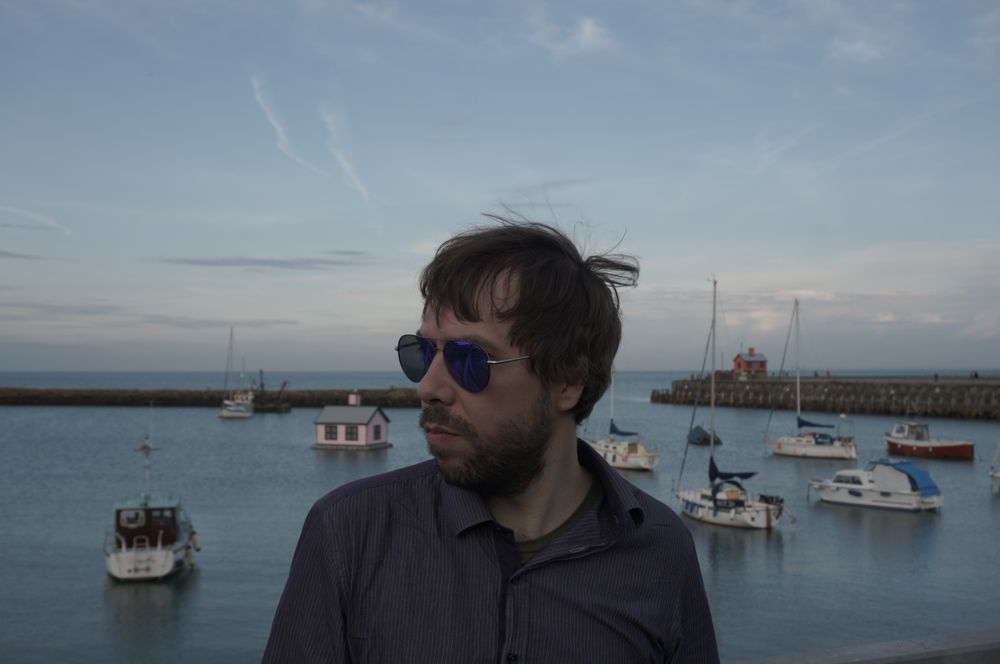 Pardon me for repeating what I said in the first Forwardman (Sakari Viittala) review, but I have to make a point. A few years back I watched the support act for the band Squeeze. It was a well-known Manchester area comedian called John Cooper Clarke. He cracked a joke about my home town Oldham, saying it was the sort of place which should have a motto like ‘Going Forwards; in Reverse.’ A tetchy remark, but probably true.

The point is there is no chance of Forwardman going into reverse.

He was here at the beginning of January with the evocatively-titled ‘Deep Blue Dream’ from his third album, ‘The Brass Bandit Transaction,’ which has just passed the barrier of the first one million plays on Spotify, having only been released on 4th March.

In celebration, he has released a video for another album track, ‘Rivers.’

The song contains the lines “Rivers never lie, Rivers they flow, they flood, they dry, but rivers never lie,” which are attributed to a friend, Panu Kuokka, who died in 1999. He had an (unreleased) song with the same title, although the music and melodies were different.

Forwardman says he loved the song so much that he rewrote it, additionally employing lines from other (unreleased) songs ‘Towers made of sand’ and ‘The Undertow’ as well, in order to honour his memory.

It isn’t as upbeat as its predecessor in NMC, more of a ballad, with a subtle, haunting trumpet making an occasional appearance on top of a variety of brass and woodwind instruments and I reckon he could possibly have made a little more of that instrument here, too.

Forwardman’s vocal is an interesting one. On ‘Deep Blue Dream’ it was replete with attitude, almost Oasis-like in intensity but it is more restrained here, as suits the subject matter. He has a lethargic way of singing for want of a better way of putting it on this song, an ‘honest voice’ which could be an amalgam of one of the Gallaghers and Donovan.

He certainly racked up the air miles making the video, which apparently dates back in parts for several years to when the song was only a demo and the filming spanned three continents. Amongst the many rivers the Thames is in there, I suspect one or other of the Danube and Rhine, perhaps the Elbe, but after that I’m struggling. The opening shots suggest that Sakari satisfied his wanderlust by way of super yacht. Is he a closet oligarch, one wonders?

‘Rivers’ is a digital release, out on Friday 25th March.