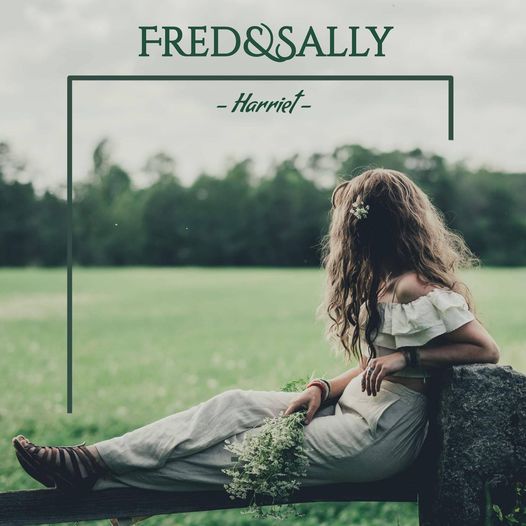 An unusual but highly entertaining contribution to what is a thin time for music production in the Nordics just now as most of the population take a month or two off in July and August.

I get the impression indie folk duo Fred & Sally is a work in progress, a sideline to something else perhaps, because there is a live session version of this song on video which dates back to just before the pandemic and which I’ve tacked on at the end.

That version was guitar based and the riff was pretty similar to Iggy Pop’s ‘The Passenger’ and at the same tempo. As Sally (Sally Bea Byrne; Fred is Fredrik Larsson) says on social media, “Finally, finally … After years … of just life getting in the way. Now we’re back on track!” Fred adds, “Now it’s just the rest of the songs left!”

They’re evidently working on an album, or at least an EP, and it’s a DIY effort, even though they claim “(we’re) doing everything ourselves even though we don’t know a shit about it.”

For this recorded version they used a banjo instead of guitar, with a viola as well (see later). The sounds so rooted in the Wild West that it might be strummed by Annie Oakley as she rides the Deadwood Stage to the O.K. Corral for a shoot-out with Wyatt Earp and Doc Holliday.

In fact, slowed right down, it sounds like a different song; that passenger has caught his bus or whatever, and the ambience of the song is more serious.

It’s catchy though, very catchy, and there’s a great vocal contribution from Sally in particular; good thing she met Fred, not Harry.

I mentioned the viola earlier. That comes courtesy of a regular in these pages, the learned Daniel Österjö (as a solo artist and as a member of Le Lac Long 814).

A video will be released next Saturday, 30th July, not sure if it’s the old one re-circulated, or a new one.