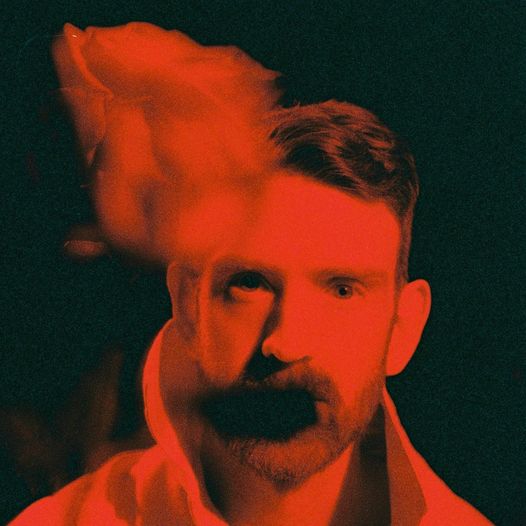 The propensity for bass players in Nordic groups to step out of their band and up to the solo plate is growing. I’m minded of Sløtface’s Lasse Lokøy (Norway), who’s made a pretty good fist of it as ‘Lokoy’, dropping that ødd Nørwegian letter ø that sounds like an ‘uh’ if you’ll pardon the pøn, while Nightwish’s ex bassist and vocalist Marco Hietala (Finland) is at the beginning of his personal journey.

Hietala has severed relations with his band but Lokøy still has his to fall back on.

Now it’s the turn of Swedish songwriter and multi-instrumentalist Fredrik Wallin; best known as the bassist in Little Dragon. He has taken the moniker of FredAtlast, which has all the hallmarks of British 1990’s dance-pop bands like Right Said Fred. Fredrik could have been one of that band I suppose, except that he’s got hair.

FredAtlast has announced that his debut EP ‘Banner of a Lost Belief’ will be released on 13th May 2022 and shared ‘One Day’, the first track to be taken from it.

He describes the track as “A meditation on impermanence and our way of dealing with loss. A plea to our nearest to be: nearer, dearer and more daring”. There’s an interesting juxtaposition of philosophies in there as I read it: spend as much time with your loved ones as you possibly can because you never know when it will be for the last time but don’t be averse to saying “have to go, love, I promised I’d make that charity parachute jump today. See you later. Or maybe not.”

The EP was written in an abandoned wood mill and at home in Fred’s kitchen under the “spiritual guidance of the late author Sven Lindqvist” (one of the most important authors in modern Swedish literature). It was recorded in the Little Dragon studio in Gothenburg and the rest of the band feature in different ways on the EP. Don’t burn your bridges Fred, good choice.

I wasn’t sure what to expect here. Shockingly, I’m not that familiar with Little Dragon and their multitude of styles. I saw them once a few years ago in Manchester and they never really got going after a member of the audience collapsed right in front of them almost as soon as they began the first song. That must be unnerving.

But I needn’t have worried. FredAtlastsets out just as Lokoy did to make a statement with this song, that he’s his own man when he dons the solo costume. It’s a distinctly low-key, lo-fi, and (unsurprisingly) bass driven affair, but sultry and moody with Fredrik’s vocal defining that mood to a greater degree than the tune does.

The tune incidentally owes something to Joe Jackson’s ‘Stepping out’. It doesn’t have quite the same strength of melody but it conjures up a similarly laid back ambience. Having said that, the song never gets out of second gear. It’s like a country drive on a Sunday afternoon in a Morris Minor or even a trot out in ‘that shiny little surrey with the fringe on the top’ to borrow from Rodgers and Hammerstein.

It doesn’t follow a verse-chorus-verse format and there’s no bridge. It just glides charmingly through four and half minutes.

Which is pretty much what Joe Jackson did and that didn’t do him any harm, did it?

The ‘Banner of a Lost Belief’ EP will be the first release on new London-based label Small Matter Records.