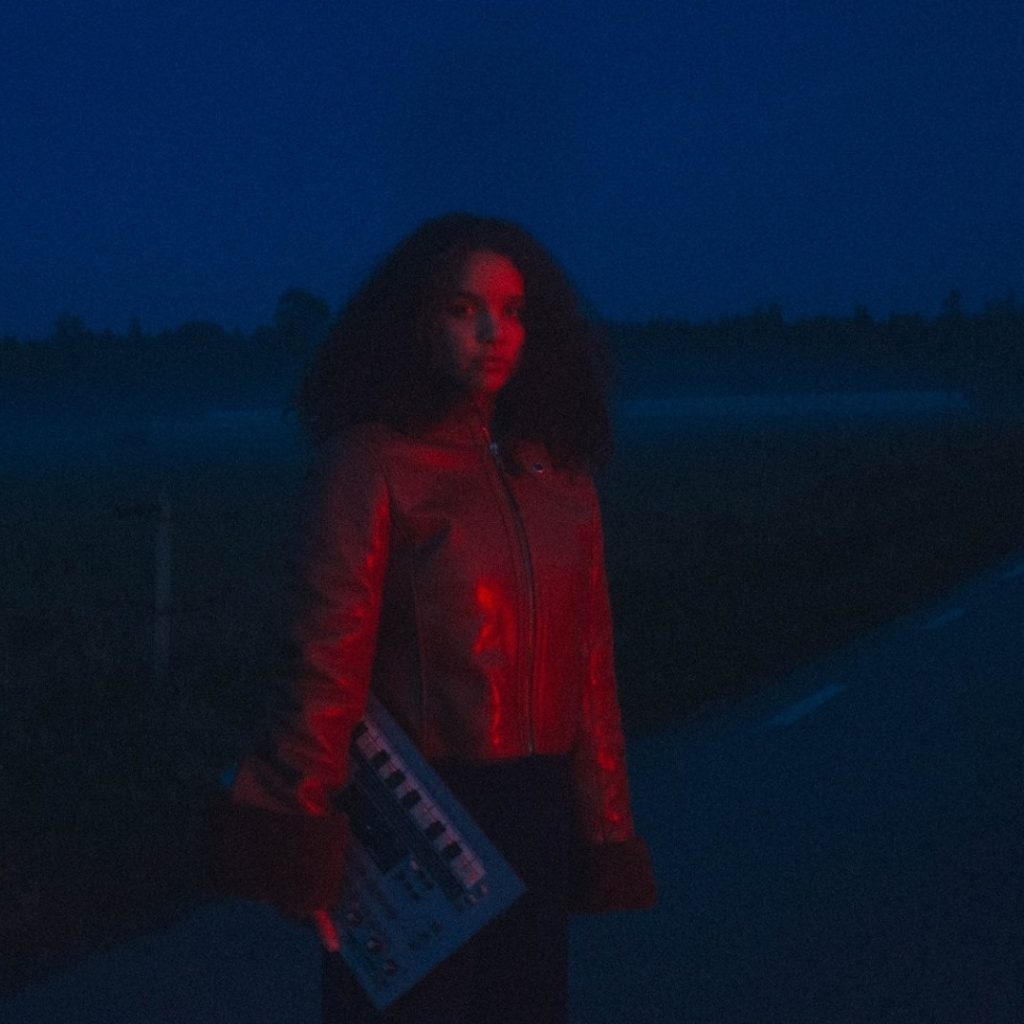 With a lot of releases this coming Friday but not much to write about just now I thought it would be good to republish an interview with this artist, Stella Explorer, whose debut EP, Dorkay House, was featured last week. She’s an interesting character to put it mildly and with a sharp sense of humour. And her EP is excellent; check it out in the review.

The interview was first published in March 2020 and is reprinted largely verbatim and unadulterated, along with the music I chose at the time in support. The last song ‘Kill it before it dies’ is one of the four tracks on ‘Dorkay House.’

Stella Explorer is the artist name of Stella Cartriers Lagnefors, as she says “a South African/Swedish hotpot of names.” She came to my attention as joint composer of the latest creation from classically-trained Swedish producer boerd (Bård Ericson), ‘Before we Drown’.

Stella grew up both in Göteborg (Gothenburg) and Stockholm in a musical household. That’s quite an interesting mix. It’s the equivalent of London and Manchester; both places have their own way of doing things and largely act independently of each other.

She loved pop music as a child and her first song she wrote with her friend was about blue mascara. However, she says she doesn’t believe she ever took the idea of making music as a career seriously until three years ago, when she began to think that the other guys in the band that she was in at the time weren’t perhaps as serious about the band as she was.

She started writing more and more for herself and let herself go a little, but with certain restrictions, to make it even more fun. And a lot of the songs she has now are a result of that period of time.

She says, “Having a band for six years really taught me a lot about everything. I’ve tried going to school several times, but as the years went on and I just kept on trying I realised I probably wasn’t going to be able to. So I’m putting everything I have into music now. Kinda scary but I also don’t feel like I have a choice. I’ve tried the other stuff and it did not work.”

Two observations I would make. She’s ambitious. She told me earlier that in 2015 she applied to go on the first trip to Mars; perhaps that’s where ‘Stella Explorer’ came from. In addition, I’d say she has the right temperament for what can be a tough business at the best of times, and those aren’t now. On her Facebook page she lists her ‘awards’ as ‘Best Orgasm Faker, 2014’. It pays to have a sense of humour. I remember how Sia kept an obscure reference to a farting unicorn on her website home page for years. I never got it but it did her no harm.

I made a point of ploughing through a blizzard at the recent By: Larm festival in Oslo to see Stella, really on the basis of her performance with boerd. I was pleasantly surprised. Her own music is quite different, nicely chilled, the sort of thing everyone needs right now. There’s no obvious reference point, for me anyway, just a solid and imaginative techno-beat allied to a distinctive and ever so slightly seductive vocal. And her stage presence is spot on. Something of a fashionista, she draws you in, with a beguiling stare, but without ever detracting from the skilled band she’s assembled around her.

This is the attraction to me of reviewing music, finding someone who is barely known, certainly in the UK, and to a lesser degree even in Sweden, before they get sucked into the swirl. And she will be. This lady has talent. And she’s a sharp cookie.

The following fairly light-hearted ’20 questions’ session was designed to put interviewees at their ease and perhaps draw a little more of what makes them tick out of them.

NMC: Hi Stella, how are you?

Stella: Hello, so far so good. Very pre-occupied with keeping up with the news at the moment.

How do most of your songs start life? A piano part? A chord? Or melody?

‘Usually with a feeling, like confusion or clarity or hunger. Then I pick up the instrument closest to me, hopefully it’s a guitar or a synthesiser, and try to add chords and a beat to it. Then melodies, and lastly, words. I don’t think I’ve ever started with a melody or words. I write a lot but I rarely use it, it always feels like I’m being cheesy if I try to use prepared lines. I like the stream-of-consciousness process. And then new songs come out of other songs, so in the end I basically have three versions of each song. They’re like cousins.”

Have you ever been star-struck?

Unfortunately. I shared a plane with Zlatan (Ibrahimovic, the footballer) a few months ago and started acting really weird. I barely acknowledged my sister who sat next to me for 11 hours.

‘They should all go except for Meghan. I know she’s never been a part of the Swedish Royal family or is not a part of any Royal family anymore, but I just want her.’

If you weren’t doing this, what would you like to be?

A lion on the savannah.

According to an old video of myself in 7th grade my favourite pastimes were to laugh and watch MTV. Not much has changed.

What’s the music scene like in Sweden right now?

There’s a big discrepancy within the music scene and the live scene in Sweden right now. A lot of clubs and bars are closing because of gentrification and neighbours who feel they have the right to control the inner city nightlife. At the same time I’m very inspired by a lot of the music that’s coming out of the country, but there are fewer and fewer places to go see it. It’s ridiculous. There are a lot of people who put on smaller festivals and events which provide a scene for live music; they’re the heroes of the cultural scene at the moment.

I can’t pick one; it really feels like picking a favourite child. They are all special in their own way.

What were your favourite artists growing up?

I used to love Christina Aguilera in 5th grade, but when I found out she’d had a boob job, I took down all of my posters of her. Such a dick move. It was after that debacle I started listening to punk rock and fell deeply in love with Johnny Thunders and Sid Vicious. All of the hardcore junkies.

Who would you want to play you in the film of your life?

Probably Tom Hanks. I feel like he does those things pretty well.

As long as you can play it loud you shall be fine.

What’s the best cover version you have ever heard?

Tell us about your recent release?

I actually haven’t released anything officially yet. I will in the early summer, but everything’s kind of up in the air now. But the song I’m releasing first is called ‘Kill it before it dies’ and it’s what I imagine Patti Smith would make if she made electronic music. That was my original goal at least. The lyrics are inspired by a Swedish ex-felon called Annika Östberg. I’m very excited to get it out because I’ve been hoarding it for a while now and that’s never a good thing.

Any hopes for 2020? (This question was posed before any lockdowns had been introduced).

For people to survive. That and making unnecessary bets.

What would be your dream collaboration?

Omar S. I wrote him once on Facebook but he obviously didn’t respond.

Stella, thanks for taking part, and good luck with your releases this year.

There are three pieces of music here which tell Stella’s musical story to this point. The first is a Brödet song, ‘Until the Morning.’

The second is a studio-live performance of the boerd song, ‘Before we Drown.’

And the final one the forthcoming solo release ‘Kill it before it dies’.