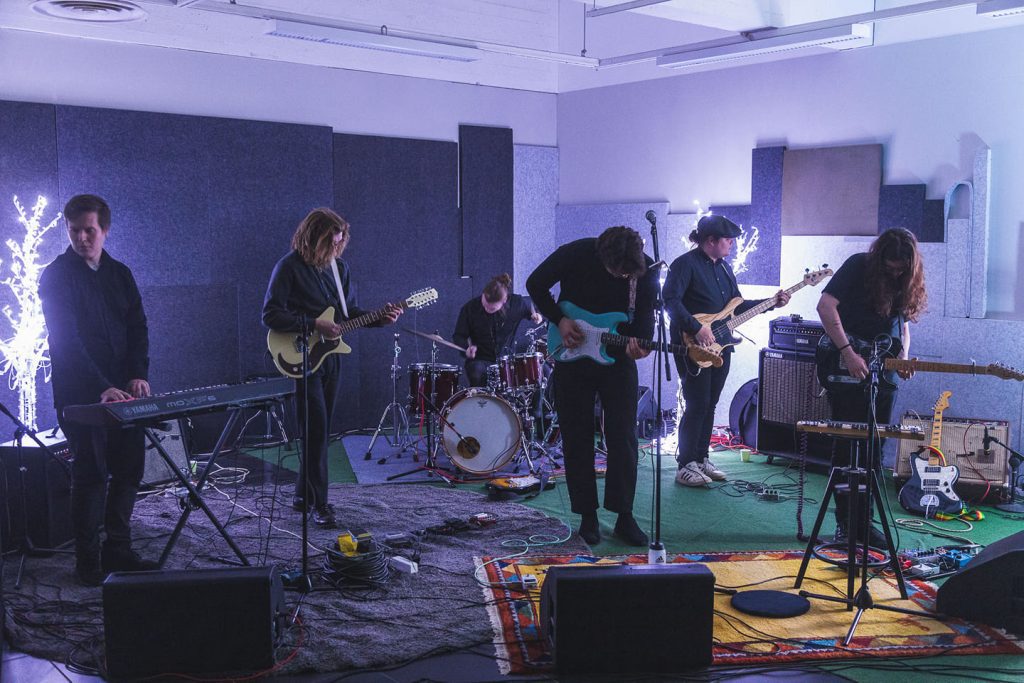 Occasionally, I’ll venture into multimedia productions, although I’m a little wary as my knowledge of theatre and other performing arts isn’t that great.

This is an interesting one. Francis North is an English poet although I admit I hadn’t heard of him; I think the last poem of substance I read was Pope’s ‘The Rape of the Lock’, and only because I had to, for a school exam.

Here he teams up with Finnish art rock band Ghosts on TV, one with a reputation for creating a multi-guitar ‘wall of sound.’

North and the visual artist Anna Blom released their first book titled ‘Entropy’ in September 2021. They held a launch party at the Music Theatre Kapsäkki in Helsinki, where North recited the entire poem live from start to finish. They were accompanied by Ghosts on TV, who played new material inspired by the book during the show.

Francis North says he started working on the poem that ended up becoming ‘Entropy’ two years ago, on Anna Blom’s suggestion, adding that he’d wanted to work with Ghosts on TV since he first saw them live, so when he contacted the band asking if they’d be interested in a collaboration luckily they were.

So this is the first ‘track’ from that live album show, ‘The Prophet.’

When you’re listening to something, from two sets of artists like this often you have to decide in advance if you are concentrating on the poem or on the music. There is an interesting analogy to be drawn with Alex Rex, who was the focus of last week’s ‘Weekend Intermission’ and who often combines musical arrangements with the spoken word. But he does both of them himself.

When poets and musicians collide they both have to be singing from the same hymn sheet. There is a certain theatricality about Francis North’s delivery – he could be the new Dr Who – which can be difficult to match musically but Ghosts on TV rise to the occasion, filling in the background detail to North’s words without ever subverting them.

There is a degree of drone in it, which is often the main ingredient of ‘walls of sound’ and which can easily be overdone, but it is kept in check by a tantalising looping guitar ‘riff’, which then expands into a prog-like piece which could be the theme to an episode of The Twilight Zone.

Taken as a whole it suggests the telling of this entropic tale will take many twists and turns in its quest for disorder, and, more pragmatically, that the album needs to be checked out for whatever surprises are next in line.

Remarkably, Ghosts on TV created all the music in only three days prior to the gig.