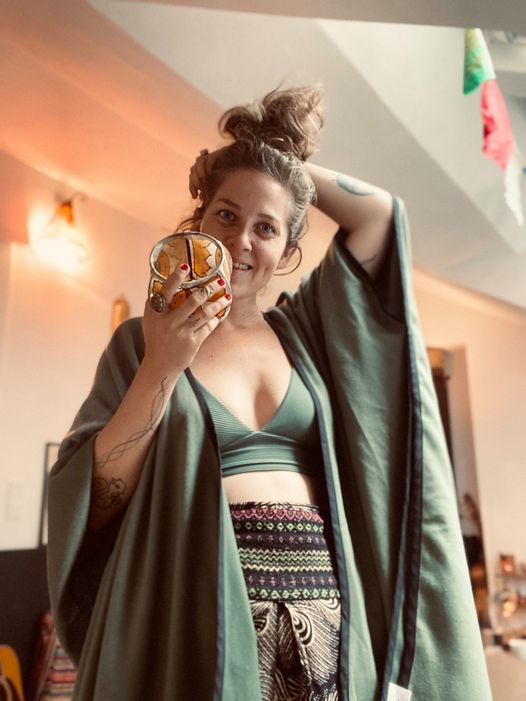 I was fortunate enough to be asked to review Gurli Octavia’s debut full-length album ‘I could be blossoming instead’ last January. I knew immediately I’d chanced on a superstar in the making.

Unravelling her personal fall from grace, including a private battle with drink and drugs, and her subsequent renaissance and, indeed, the very blossoming she always though she was capable of, was a revelation.

I noted, “It is sublime, sophisticated folk-pop with simple but frequently devastating lines in her lyrics and a powerful chorus or outro in almost every song. She is a top class lyricist considering English isn’t her native tongue. And she has an excellent band backing her.” I concluded, “She’s the best thing to come out of Denmark since The Bridge and sizzling back bacon rashers.”

She has released a very basic home movie of a new song (‘I didn’t love you in vain’) since but I do believe further new material will have to play second fiddle to a 14-date autumn tour of Denmark which begins in September. On the other hand she is profuse, so a second album may not be too far distant. She says, “I’ve been pretty prolific these last few months and used lock-down and the unexpected time at home to write and demo the next album, so maybe 2022 will be the year we come and play both records live in the UK!” Her 2021 appearances here had to be cancelled. I’m sure I don’t have to explain why.

So for now we’ll have to content ourselves with this live performance video for the album track ‘Lilac Rose’; one which contains the lyric that gave that album its title, or at least in the past tense, as in “Had I escaped when I had the chance I might be blossoming instead” (which raises questions about how she sees herself now as the title has it that she ‘could be blossoming instead’, perhaps indicating that she feels a battle may have been won, but not the war).

It serves as the pivotal point of the album, the one in which she resolves to quit her situation (“how can I choose this road again/when I know where it ends”) possibly by writing this album (“the hurt I hide it fuelled a fire inside me/I’m barren now…if I stick to the facts/I’ve put my life at stake for this”).

The song also sees the first overt introduction of a trumpet; an instrument that is going to feature mightily on the last track (‘X-Ray’), courtesy of Julie Baggesen.

The video for ‘Lilac Rose’ is the third in a trio of full band performances filmed at Makvärket, a former ceramics factory and brickworks in Knabstrup, 70 km (44 miles) west of Copenhagen, currently being redeveloped into a centre for culture and ecology.

To be honest it looks like the makeover can’t come soon enough but all these rehabilitation projects start like this and as we know from endless Scandi Noir cop dramas much of Copenhagen seems to look ‘post-industrial’ like this.

Speaking of makeovers there’s one aspect of Gurli’s performances that always endears me to her. She makes no attempt whatsoever to portray herself as a star, or glamorous in any way. She goes totally without make-up here and looks like she might have just wandered on to the film set straight from the Roskilde Festival, the bar, or even a hippie commune. In the video for ‘I didn’t love you in vain’ she looked like she’d just got out of bed.

But then why should she paint an elegant picture? This song is about a tough time in her life, as is the entire album for that matter. There’s no point in her looking like Helena Christensen, or Carmen Miranda.

And that’s just how it should be. Honesty is always the best policy.

(‘I Could Be Blossoming Instead’ is out now on eighteighteightyeight records / Integrity Records):