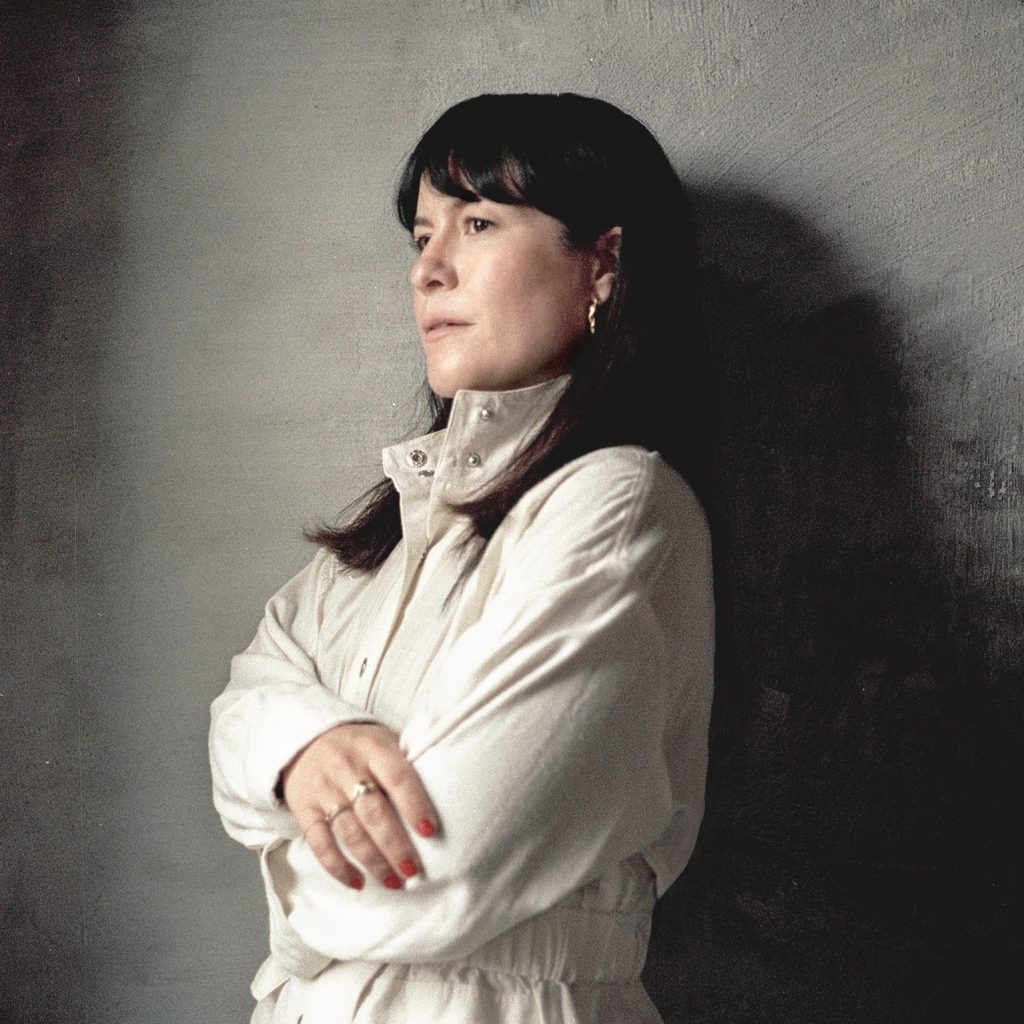 Hannah Schneider was last here in February with a song, ‘Mirror Sphere,’ about the beginnings of life as we know it, Captain Kirk. Indeed her forthcoming album, to be released in September and which features both that song and this one, is based around a book, Havbrevene (The Sea Letters) by Siri Ranva Hjelm Jacobsen, a prose poem in which nature comes alive as the forces of nature, namely the Mediterranean Sea and the Atlantic Ocean, become protagonists.

Obviously a deep thinker, she perhaps wisely chose a subject we can all get to grips with, namely the seasons, the expectations thereof, and the fact they often don’t come up to those expectations. You can always safely fall back on the weather as a topic for discussion.

‘It’s The Season’ is particularly apt here in the UK right now, where June hasn’t exactly been flaming so far but the minute the thermometer got above 20 Celsius – for two days – the climate alarmists were fretting about the earth catching fire. It’s gone back to 15 today. Emergency over.

I was reading last week about a syndrome I’d never heard of before, Sunday Evening Blues or something like that; when for no apparent reason you start to get nervous about the approach of the working week again. And I reckon that’s Hannah’s drift here too, when she wonders, anguishes even, about how we wait and wait for summer but it rarely lives up to all expectations and it’s over so quickly.

She describes the dichotomy between the clarity of the summer light and the heaviness and melancholy associated with the fact it will be short-lived, assuming it arrives at all.

Hannah’s style isn’t easy to identify. It’s a supercharged cocktail of r&b, soul, jazz, and even a smattering of experimental electronica around the edges, topped off with one of the sultriest voices you’ll hear on the circuit and all of those facets are in evidence here. It demands to be heard in the swish-ist lounge in Mayfair, Lower Manhattan or Leimert Park in LA; quite apart from this much less swish one in Oldham, Greater Manchester.

And this time out she’s collaborated with co-writer arranger and producer Christian Balvig, who will also feature on the album. What’s more she’s aided and abetted here by what she calls an ‘indie-ish, gospel-ish’ choir. And I thought it was only the Brit-ish who used that wordplay.

Anyway they are Goss (not Matt and Luke, the Danish one), Jacob Bellens, and Josephine Philip, all of whom have made an appearance in NMC over the last eight months or so.

I recommend listening to this for the first time with your favourite tipple in your hand, as the sun sets. It won’t be the last time, I guarantee it.

‘It’s The Season’ is out now and the album ‘O C E A N  L E T T E R S’ on 30th September (label – Midnight Confessions) – her first solo album in seven years and the first in English following extensive work in Danish in the duo AyOwA.