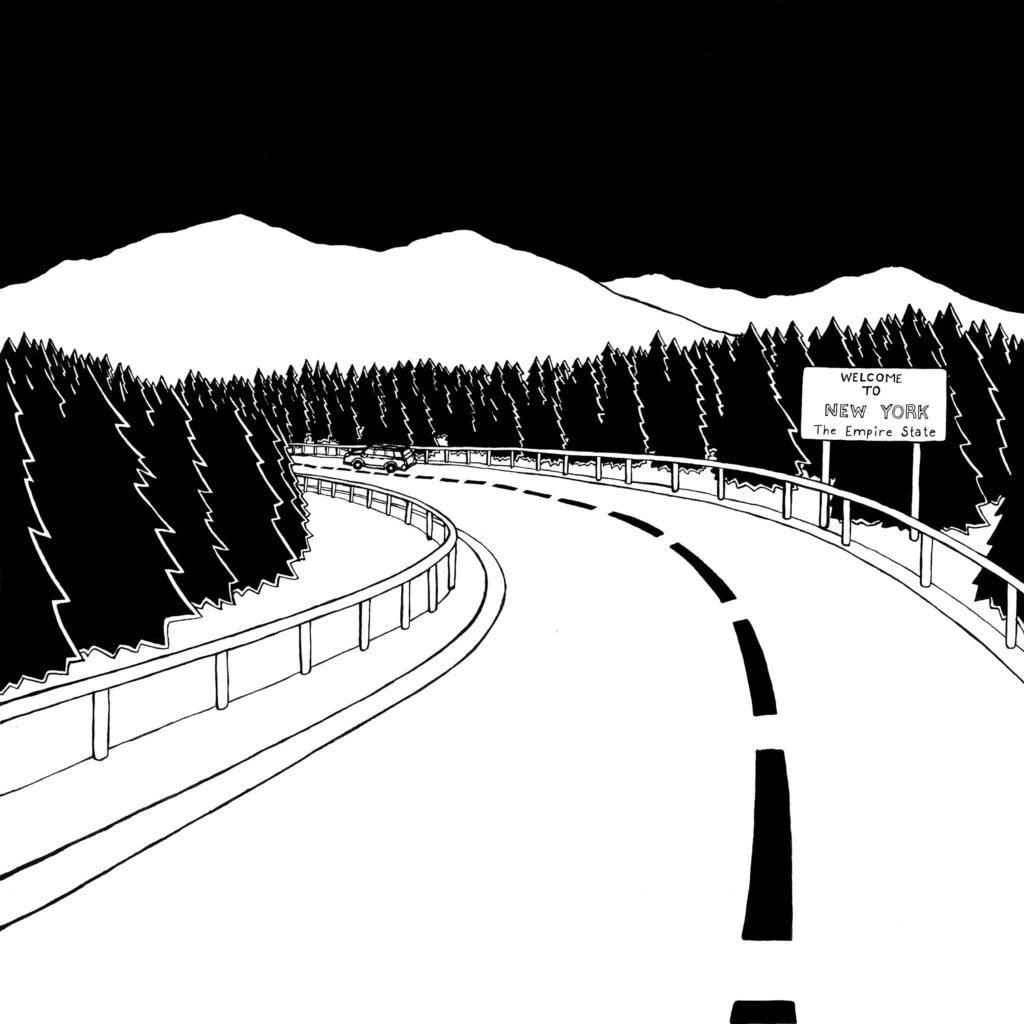 I don’t know if Troels Sørensen is tall, let alone if he is the Tallest Man on Earth, but as he’s chosen to write a song about ‘New York’, the concrete jungle where dreams are made of, the city that never sleeps – and that is uniformly tall – it commands your attention.

I can’t discover much about Troels other than that he “makes indie songs in my bedroom.” I guess he’s quite young as well as on soc med he says he isn’t old enough to remember Danish cyclist Bjarne Riis winning the Tour de France in 1996.

I admit I’m always anxious when I get a ‘made in the bedroom’ release coming my way. I’ve heard some that were excellent and some that I wish I hadn’t.

He says that the song is “special” to him, on account of a North American road trip that started in the state and city and which have since become symbolic of “a more careless period in my life” (I think he means carefree) in which he made deep friendships which have since dissipated, much to his regret.

So essentially he is paying homage to the trip and the people he met along the way while pondering if such experiences will ever be repeated (not in my experience I’m afraid) and whether the world has changed for the better. I won’t comment on that bit!

Interestingly, he says he is “following in the footsteps” of Scott Walker and Harry Nilsson. Nilsson did write a New York-themed song but I can’t identify one from Walker.

However, in terms of matching their writing abilities and musical personas he’s spot on. Troels Sørensen is clearly an innate storyteller and as he weaves this one, both reminiscing on the past and hoping for a happy present and better future for all the participants, mainly just to his acoustic guitar but with some subtle orchestral and trumpet interjections, he drags you into it as if you’d been a part of it yourself.

At first it reminded me, in an obscure melancholic way, of Terry Jacks’ ‘Seasons in the Sun,’ particularly in lines like “we were alive and we lived that day”. But as it progressed I realised the growing similarity, partly in the composition of the song, but mainly its sentiments, and even lyrically in parts, with Holly Palmer’s ‘That’s why they call it Rome.’

Who? Only the best female singer-songwriter you never heard of. And yes, that is a massive compliment to Troels Sørensen.

‘New York’ is released on 9th September and is a precursor to his debut EP, to be released in October.