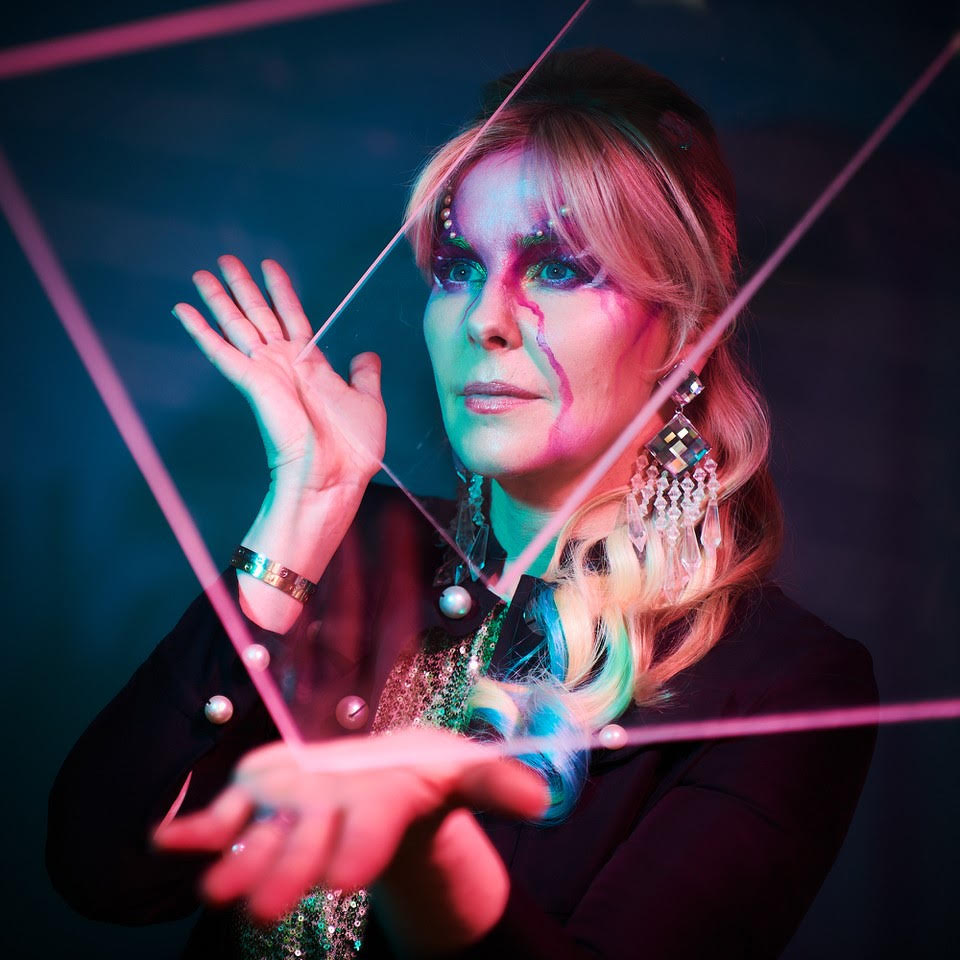 A quick return for HEIDRUNNA at least partly because we have comparatively few Icelandic artists presently although hopefully that will change – and there will be an album coming shortly.

The previous song, ‘You make me feel’, also a track from her forthcoming debut album, was a nostalgic, tuneful, retro electronic pop one, and one which I remarked on as being “unusual” for a country that I tend to associate with more avant-garde work performers than those making pure pop focused on relationship matters.

But she does it very well. In this instance she’s gone again for a title that has been used in previous songs, by Chris de Burgh, Tame Impala, Tove Styrke, Brandy and most notably Madonna of course. In this case the ‘Borderline’ refers to “that feeling when you need to do the right thing and have a clean break, even though you know it’s f***ed up and that’s the best option for you but you just can’t see the wood from the trees.”

Well you wouldn’t see the wood for the trees in Iceland because there aren’t any. (To be fair it’s a little more forested now than it was in my day).

This song is more mainstream than the previous one, in which the synths could have emanated from at least a watered-down Kraftwerk. Here they are softer and the melody, together with her vocal, is configured in a way that suggests Kylie in concert with The Human League rather than some ageing German blokes, at least until the final few bars anyway, when I thought for a second we might be in danger of wandering onto the autobahn with a few models in tow.

As I reported last time out she learned to sing in an Icelandic choir, which is the epitome of that profession. Singing evidently comes easy to her and while she might have been lead vocalist with Icelandic band Cigarette, I doubt she’s ever smoked one. Her voice has the velvet touch of the best Scotch whisky.

The only slightly negative comment I would make is that songs like this sound as if they are too easy for her. It is attractive enough possibly to pick up some UK radio airplay, I’m learning that there are DJs out there, mainly in the regional, independent radio sector, who are  keen to support foreign artists and give them a chance over here, which they need because the BBC won’t play them if the PR budget isn’t measured in gold bars. But I can’t help thinking that she would be even better still taking on something a little more challenging?

She is compared to people who “treat their voices as instruments”, notably Charlotte Gainsbourg and Vanessa Paradis, and her own influences are stylish French artists including Charlotte’s dad Serge. I wonder if their musical styles might present her with more of a challenge to rise to? In fact I’d even suggest her as a vocalist for our favourite purveyors of chansons françaises, Sweden’s LE LAC LONG 814, should they ever need one. That would be a match made in heaven.

Find HEIDRUNNA on Klaka records via Absolute label Services. ‘Borderline’ is out now. The album ‘Melodramatic’ is coming out early in 2022.

PrevPreviousMoyka (Norway) – When (single), plus album The Revelations of Love)
NextMokri (Norway) – Don’t wake me up (single from forthcoming album)Next