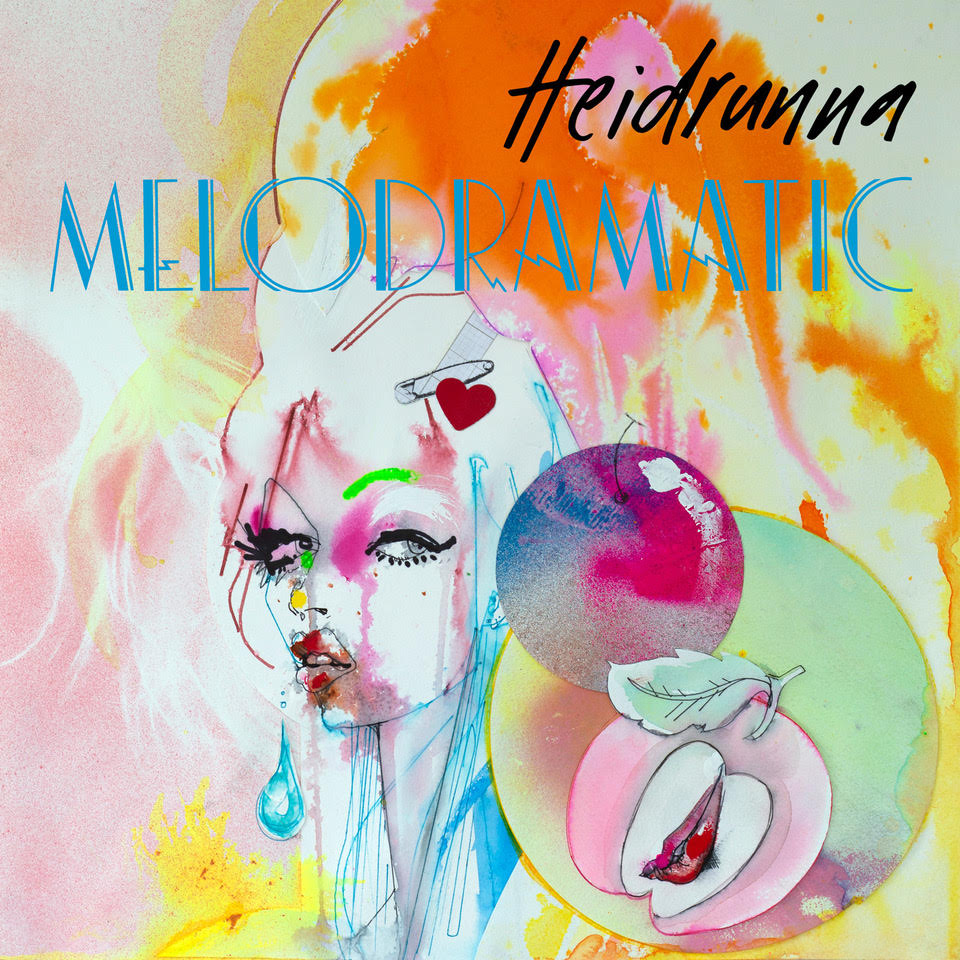 Heidrunna has been trickling out tracks from her debut album ‘Melodramatic’ (21st April) for some time and this is the last single from it. In a nice touch, the album is being released on cassette, which is making a comeback.

In this final album track, ‘Cindy,’ the London-based Heidrunna reverts to singing in her native Icelandic, which is fine by us.

The song is described as “homage to Cindy Lauper’s ‘Girls Just Wanna Have Fun’.”  Great, except that I’m sure it’s ‘Cyndi.’ Careful Heidrunna, these Brooklyn girls can be vicious. She might start calling you Hudreinna!

Setting aside such technicalities, I reckon that on balance it is the most poppy and upbeat track we’ve heard from her to date, a feel-good song writ large; and that it has chart potential in the UK and Europe if it wasn’t in Icelandic. Perhaps even though it is.

There appears to be a variety of influences here, from Vanessa Paradis to electronic dance music, and the synth bass line will blow your brains out if you aren’t careful with the volume control.

Speaking of Ms Paradis, as the song progresses Heidrunna starts to sound mysteriously like early Eurovision winner France Gall and even the Icelandic words take on a French aspect. Offhand, I don’t know what Iceland’s Eurovision entry is but several of the album tracks should have been contenders.

You know, if push came to shove and I was asked who is the nearest to being a genuine pop star in Iceland I’d have to advance Heidrunna’s name. It is hard for anyone from the Nordics to break into the UK charts these days, I can only think of Sigrid as an example of a female artist who has done it recently, making #4 with her debut album following huge promotion here, but not doing as well with the singles that preceded it as you might think.

Could Heidrunna manage to do it? She is picking up UK press support so who knows, she might even get airplay time after time, if you’ll pardon the pun.