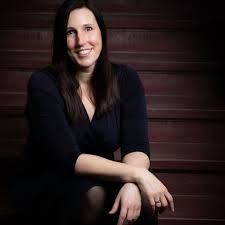 One of the songs from this four-track EP (‘Diamonds in the Rough’) has already featured in NMC, in May, and in the fashion I’m employing momentarily I’m just taking one more ‘sample’ from it. In view of the EP’s title I can’t find a more apt one than the second one, ‘Just like trees’, which was co-produced with Patrick Staniforth.

Introducing her album, Helena Montgomery says “to find your place in the universe and take root there is the theme for ‘Rooted’. The four songs each symbolise grounding yourself in the collective, in love and in the greater existence. The main message is to live in the here and now — do what you like to do the most, together with the people you love and appreciate and take root there.”

Nothing to take issue with there!

In the previous post, for Le Lac Long 814, I noted the degree of philosophical content from that duo and much the same applies to Helena. She thinks deeply about what she writes. There’s wholesomeness about the song, too. That quality can occasionally turn out to be a negative, it can become cloying but it never does with Helena. You can easily imagine The Seekers or Melanie singing ‘Just like trees’, and in her own way Helena sounds like both of them, with a smattering of Alela Diane.

Musically, while it is fundamentally an acoustic track there’s a lot going on; including some choice use of synthesisers – something she is particularly adept at – and an off-kilter percussive effect which isn’t so much keeping time as adding an extra dimension.

In fact, and I know I say this quite often, it will take you several listening sessions before you’ve grasped everything that’s happening.

As for the vocals, she simply nails it, effortlessly. Nothing more to add there.

I’d describe it as the perfect soft pop song, and it’s radio-ready.