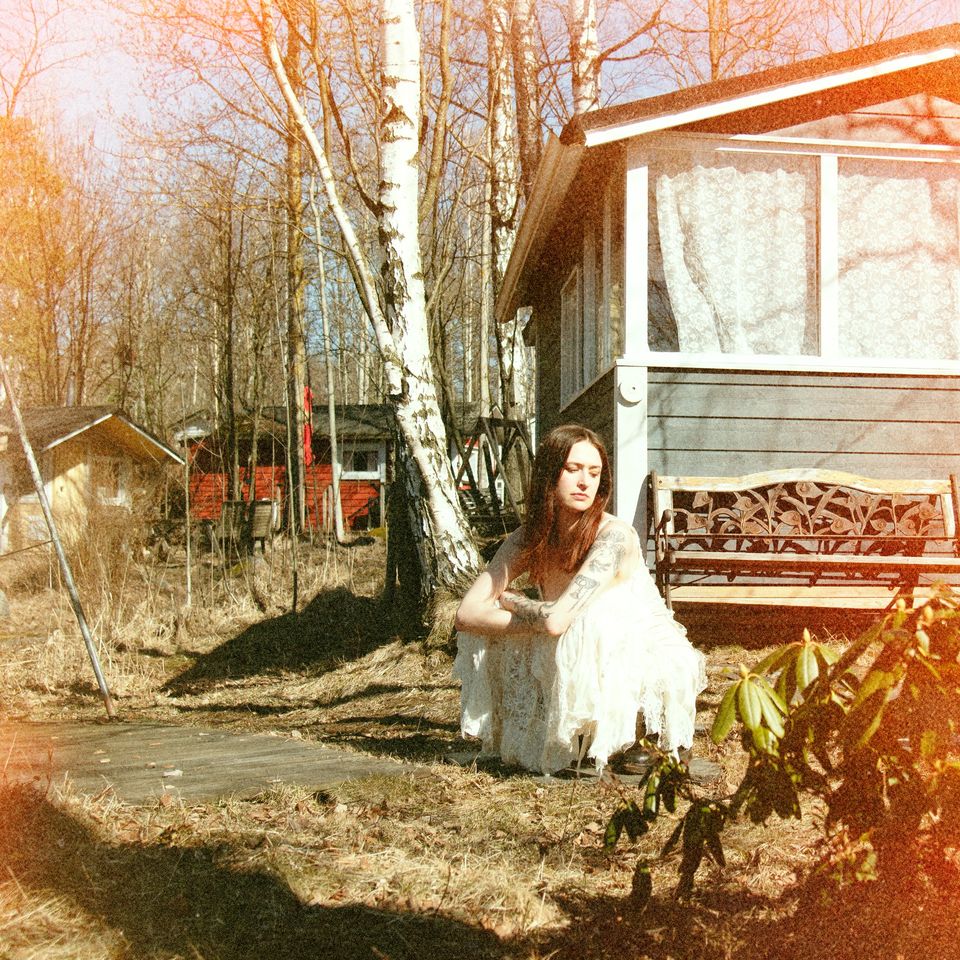 There’s a lot I could say about this track but can’t because it’s in Finnish, I just learned my first word (‘Protesti’) and unfortunately I don’t have access to the lyrics!

We’ve covered a lot of ground in NMC recently but we’ve been devoid of a good old political track to get our teeth into and as I once was a politician there’s nothing I enjoy more.

We can make some observations, all the same. Henna Emilia Hietamäki is, inter alia, a member of the Finnish band Cats of Transnistria, the name of the post-Soviet ‘frozen conflict’ zone, an unrecognised Russia-favouring breakaway state that lies within the internationally recognised state of Moldova. Yep, a bit like the Donbas in Ukraine. About 1000 Russian troops are stationed there and Moldova is on high alert for being the next Ukraine. Along with a lot of other countries of course…

…including Finland, which has been well prepared for further conflict ever since it threw the invading Russians out in 1940 and which has antagonised Vlad by applying to join NATO.

I’ve been anticipating some anti-Russian invasion protest songs for some time but they haven’t materialised, except in Sweden, to that country’s credit. ‘Protest’ in the west seems to be dead. Live Aid was a long time ago. Where were/are the protest songs about the plight of the Rohingyas, or Uighurs, for example? Geldof & Co would have been all over that one.

And could you imagine Ed Sheeran topping the bill at Live Aid? Freddie must be turning in his grave.

So I’m a tad disappointed actually to find a protest song only to discover that it concerns “the destructive power of a free market economy on Planet Earth and the mind of the individual.” It strikes me that the most destructive countries are those that are not free market economies, which includes Russia (unless you’re an oligarch) and China, which is a market economy with the predominance of public ownership and state-owned enterprises; i.e. not ‘free’.

They are the ones that pay zero attention to international environmental agreements and pollute the world like there’s no tomorrow, which there probably won’t be unless they are stopped.

Now I’ve got that out of the way what do I like about ‘Protesti’? Quite a lot as it happens. Firstly how it was produced, which at least is true to the spirit of the message, in an unelectrified house in a part of Helsinki which seems to belong to a different era. That prompted Henna Emilia to play more acoustic guitar (what shall we call her, ‘Un-Judas’?) and to self-produce the record, also to mix it; a new skill she had to learn after later contributions from Tytti Roto (piano, bass) and Hanna Perälä (drums).

And to counter the challenges presented by a lack of electricity she brought in a travelling solar panel!

Truly a Self-Preservation Society that Michael Caine would have been proud of.

Then there’s the song itself. While most of it is lost on me lyrically the impression created is of a 1960s political folk song and again you rarely hear anything like that today, the early work in particular of the likes of Joan Baez, or Patti Smith, or Joni Mitchell, even Melanie Safka, having been largely confined to history.

The vibe she creates invokes those singer-songwriters; deep thinkers who were the diametric opposite of the five-minute wonder, ‘famous for being famous’ set that permeate the arts today. Indeed you don’t have to try that hard when you listen to this track to be transported back to the late 1960s in California and the Haight-Ashbury counter-culturists who flocked to Monterey Pop to hear Janice Joplin and Laura Nyro.

It’s simple, it’s honest, it’s straight to the point, even if we have to agree to disagree on the point.

‘Protesti’ was released on 20th May and the label Soliti will release the long play ‘Maja’ on August 19th, 2022.