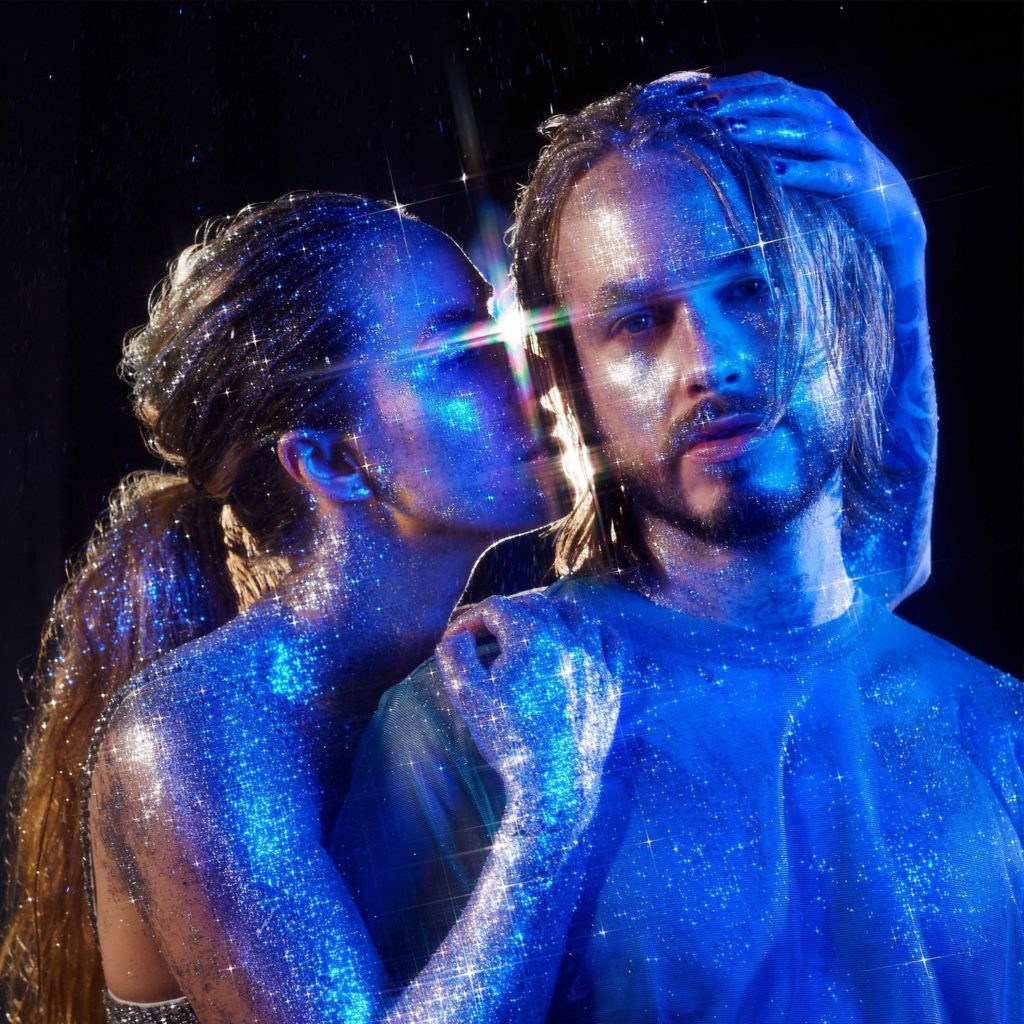 Highasakite is one of only three artists or bands for whom I’ve made a foreign trip specifically to watch. That was before the five-piece broke up in 2017, the remaining rump being the two originals, Ingrid Helene Håvik and Trond Bersu, who stepped out from behind the drum kit to become their producer.

I’ve expended a lot of words on that break-up so I’ll keep this to the point. Whatever the reasons for it (and I understand they were complex) I think it was a mistake and that by now that band would have been recognised big time well beyond Norway, where they have been the country’s biggest band for a number of years (and, I suppose, still are). But hey, the ‘ex’ members have moved on and seem to be perfectly happy with what they are doing now so who I am to interfere? OK, that’s out of the way.

Another way of looking at it is to compare the work they did as a unit and as a duo. They released three albums as a four or five-piece and since 2019 an album and two EPs as a duo, supported by session musicians.

I quite like their more recent work, Ingrid Håvik continues to write thoughtful, melodic songs, she still comes up with a real banger on each album, and they still perform exceptionally well on the stage. But their style to date has shifted a little in the mainstream direction as I suspected it might the day I heard the Stargate-produced ‘5 Million Miles’ early in 2017. For me much of it lacks the power, purpose and penetration of the ‘All that Floats will Rain’, ‘Silent Treatment’ and ‘Camp Echo’ albums era, the latter two examining social issues in modern-day Norway and the dystopian outlook for the world, respectively.

Let’s put it this way. I often listen to the early albums, but rarely the later ones.

But I’m always there to be convinced. You don’t count a band as your ‘favourite’ for two years or so and then just write them off.

They’ve been pandemic-ed like everyone else since ‘The Bare Romantic Part 2’ early last year and return now with a dual single release in advance of another album, entitled ‘Mother’ on 28th January 2022. Ingrid insists that the pandemic “spurred artistic motivation in her, in an otherwise unmotivating time for many.”

The PR paints this simultaneous release as “showing completely different aspects of the band’s universe” and “a new and fresh musical expression that was cultivated during the shutdown.”

With ‘Love him anyway’ they say they’ve returned to the 1970s, with a 2021 twist to produce a song that doesn’t stray too far from what has become their style of choice on the recent albums. The 70s seems to be as popular with many bands right now (and especially in Scandinavia) as the 80s traditionally is.

The opening bars made me think I’d clicked on an undiscovered early ABBA track and that’s 1970s for sure, with a synth sound that Benny would have rattled out on piano.

It only takes 10 seconds for Ingrid’s utterly distinctive vocal (the one many young female singers in Norway try to emulate but can’t) to cut in and just 45 before the equally distinctive chorus arrives for the first time. That’s the way today’s Highasakite works and it does work. She‘s also developed an already impressive vocal capability to reach some higher notes on this song, into the soprano range. Not quite in the Mariah Carey class but not that far off of it either.

It’s a builder and you might want to listen to it two or three times to appreciate the vibe fully. It isn’t the strongest melody they’ve found in a chorus but it will get your feet tapping.

The funny thing is, for all the times over the last year or so I’ve mentioned how such and such a Norwegian singer sounds like, or is trying to sound like Ingrid, with this song, by the end, when it is in full flow it is they that are sounding like someone else, namely Moyka, whose recent album is full of songs like this.

Much of the musical accompaniment is generated by Trond Bersu, a master of the synth pads, and does it show here. You might argue that he’s slightly over-produced himself, there’s a lot going on, but it’s always good to hear someone of his technique and stature. Every time I’ve seen Highasakite live I’ve been riveted by his delivery of the escalating military beat of ‘Hiroshima’.

They identify the song as “a catchy radio single” and it will certainly end up on the airwaves.

In contrast, the almost 10-minute ‘Autopsy’, which has a title that would have been appropriate on one of the earlier albums, is quite different both to ‘Love him anyway’ and to just about everything else they’ve done since 2019. Perhaps ever.

If I understand the translated press release it may refer to a club in Bergen and the band speak thus of it: “Imagine a large room with massive concrete walls, psychotic rave, strobe neon lights, and sweat running down the walls. The voice we hear is a sample of a woman talking about her anxiety and persecution paranoia.”

Is that voice’ Ingrid’s own? She has been down this road of paranoia on previous albums.

The song is delivered initially in a ‘Camp Echo’-style, a sort of amalgam of ‘My mind is a bad neighbourhood’ and ‘Golden Ticket’ and with lyrics strangely reminiscent of that album, too.

Then about halfway through it shifts suddenly into industrial EDM territory for the remainder of it, with only Ingrid’s occasional, far away plaintive voice for company, and you might have strayed into Berlin’s Berghain or Liquid in Faliraki.

Now I’m no expert on EDM and techno but this is one of the most powerful dance tracks I’ve heard in ages. Just when you think it can’t get any more intense it does just that and by all accounts it could have gone on for another 10 minutes had they not curtailed it. There’s so much atmosphere you can’t help thinking it’s about to engage in spontaneous combustion, taking you with it. It really should be earmarked for a summer release in 2022, in a disco-edit format.

Frankly, this sort of experimentation is not what you expect from Highasakite these days but if this is representative of the album – and they suggest it is, while also being just one piece of a jigsaw in what could turn out to be a concept album – then I say bring it on! If they carry on like this I might be making another foreign trip to see them. I’ve been convinced.

‘Love him anyway’ and ‘Autopsy’ are both released on November 17th.

PrevPreviousLittle Tall Island (Sweden?) – The Mourning After (from the album We are all stars)
NextKindsight (Denmark) – Don’t Grow Up (single)Next