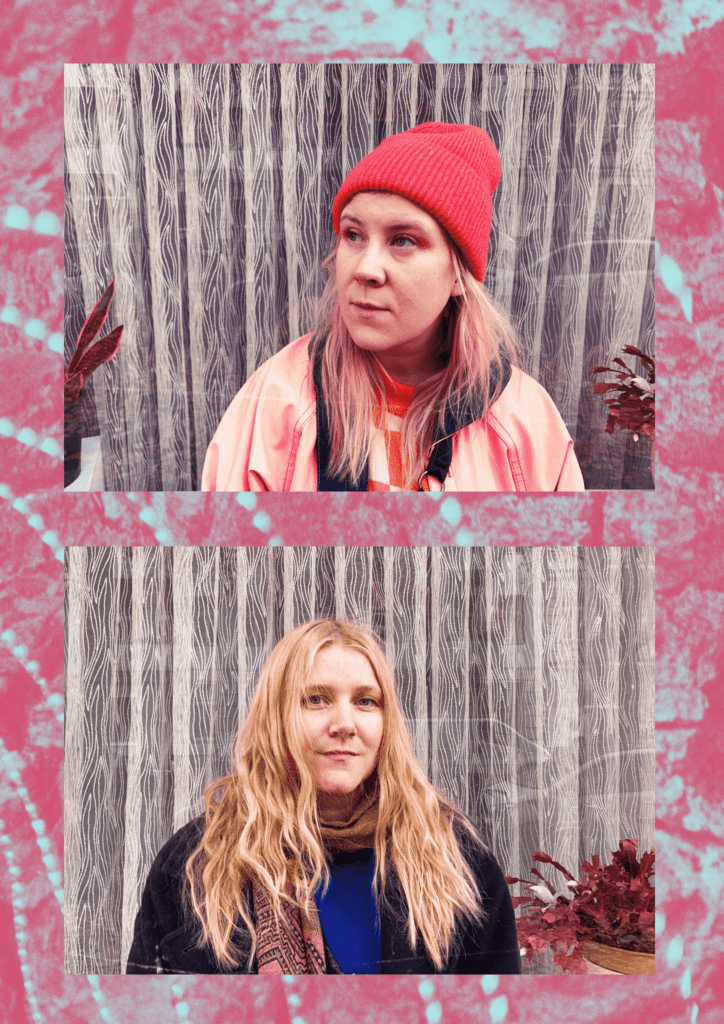 Lyla (no, not Layla), is a re-recording of a track from Ida Wenøe’s 2017 folk album ‘Time of Ghosts’, and which will also feature on a forthcoming EP (‘Turn’) alongside the London-based Samantha Whates; billed as “a collection of revisited songs from both artists.” ‘Lyla’ is “about what is being reached for in art, inspiration, purpose and place” and the kites in the video “symbolise what they are looking for, which is still in eyesight yet out of reach”.

It’s recording required the two of them to travel to Berlin late last year to attempt to utilise one of Europe’s longest outdoor vocal reverbs in the ruins of the disused US Cold War listening station, the man-made Teufelsberg (Devil’s Tower) in the Grunewald forest there. ‘In God we trust; all others we monitor” was its slogan.

It certainly impacted on the recording, even though the Tower itself was boarded up by ‘elf & safety, requiring them to record their vocals “guerilla style” like girl guides on a badge-earning exercise, somewhere off the beaten track, but still giving them a slightly unearthly quality. You could probably get a similar effect in, say, the Whispering Gallery in St Pauls Cathedral, but for dramatic effect you can’t beat following in the footsteps of the CIA.

It’s a good job they didn’t have a close encounter with the Devils Tower in Wyoming by mistake. They’d have been probed by extraterrestrials for sure. Play the five tones…

While Ida Wenøe has only featured once in NMC (and briefly) in the 2021 Singles of the Year article, anyone who has read my previous scribbling about her will know that I’m sold on her voice. She could sing the telephone directory to me and I’d lap it up. Silky smooth and beguiling, it sucks you in like a toothless granny tackling a hard-boiled egg.

And in Ms Whates – who could be her twin sister – she is working with a vocal bedfellow of the highest order.

Ida Wenøe and Samantha Whates begin a UK and Denmark tour shortly, Denmark first; the UK dates are listed at the end. They’re regular venues but I’d like to hear them performing in churches; the acoustic standards would fit them well. Or even ‘guerilla style’ in an abandoned building.

The single is out now and the EP will follow on 11th February. All the songs bar one are revisited tracks from the back catalogue of both artists. The new one, written by Whates, is reported to be “a visceral response to a near-death experience felt by Wenøe.” I’m betting she went clambering around inside that tower…

The UK leg of the tour includes: