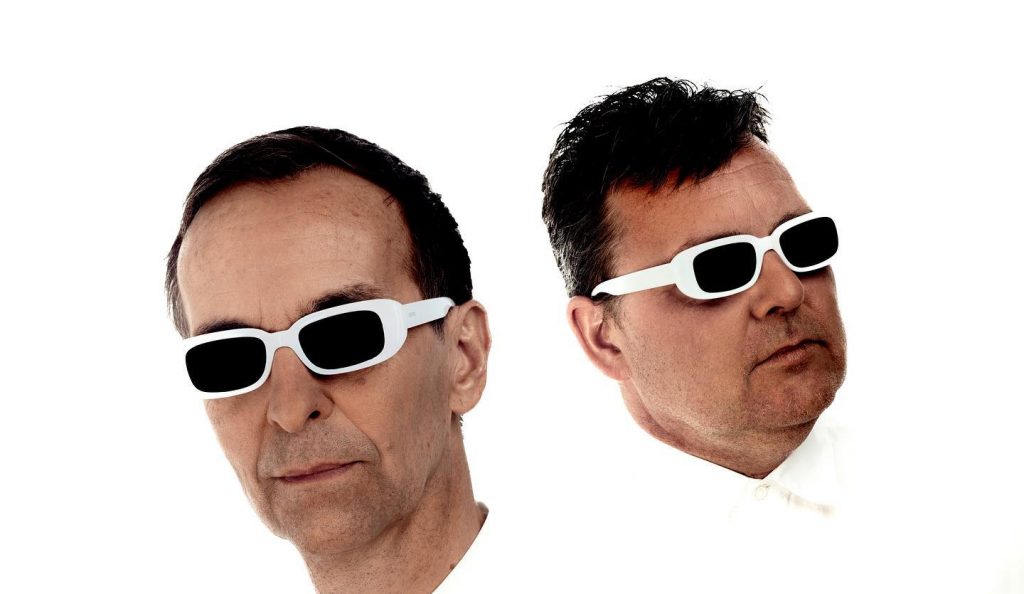 Into the Blood (Denmark) – Undressed by the Sound (single/video)

Oh Boy, what a find. A couple of seniors channelling the likes of Depeche Mode.

“Both members of the duo are past 50, one of them even 60, and combined with the DJ who does the vocals that makes 180 years. Is that a problem?” asks the PR.

Are you kidding me? I’m not exactly in the first flush of youth myself and after dancing to this I won’t need my Horlicks tonight, I’ll go out like a baby.

The duo consists of Jens Brygmann (who comes from a famous acting family) and Carsten Bo Andersen (or Caboan as he is known). They’ve been releasing music since 2016 (made in their bedroom? Who knows!?)

The ‘undressing’ referred to in the track title is music’s ability to cut through everything and touch the listener regardless of age, gender and ethnicity. And their project as a whole seeks to challenge the assumption that age is synonymous with mental and physical stagnation. As they say, “age should never limit us as people, as a culture or an industry.”

Amen to that. I’ve nothing against yoof culture but this does make for a welcome release from it.

Rusty Egan from Visage has given them airtime on his show on Artefaktor Radio out of Mexico City and they have been building up a healthy following outside of Denmark.

‘Undressed by the Sound’ has the 72-year old, Denmark-based DJ, Donald ‘Don’ deBethizy on vocals. He looks a bit like Joe Biden in some of the shots though I don’t reckon Sleepy Joe can strut his stuff like that. And he has a slightly robotic voice, perhaps that was auto-tuned in, I don’t know, but the kids down in Ibiza and Faliraki aren’t going to know how old he is. It could just as easily be an electronic boy band from east London or north Manchester.

It’s probably the Depeche Mode influence that shines through most, certainly in the opening section of the song but after that it’s a maelstrom of 90s electronica.

Just what the doctor ordered.

‘Undressed by the Sound’ and this accompanying music video are released on May 13th.