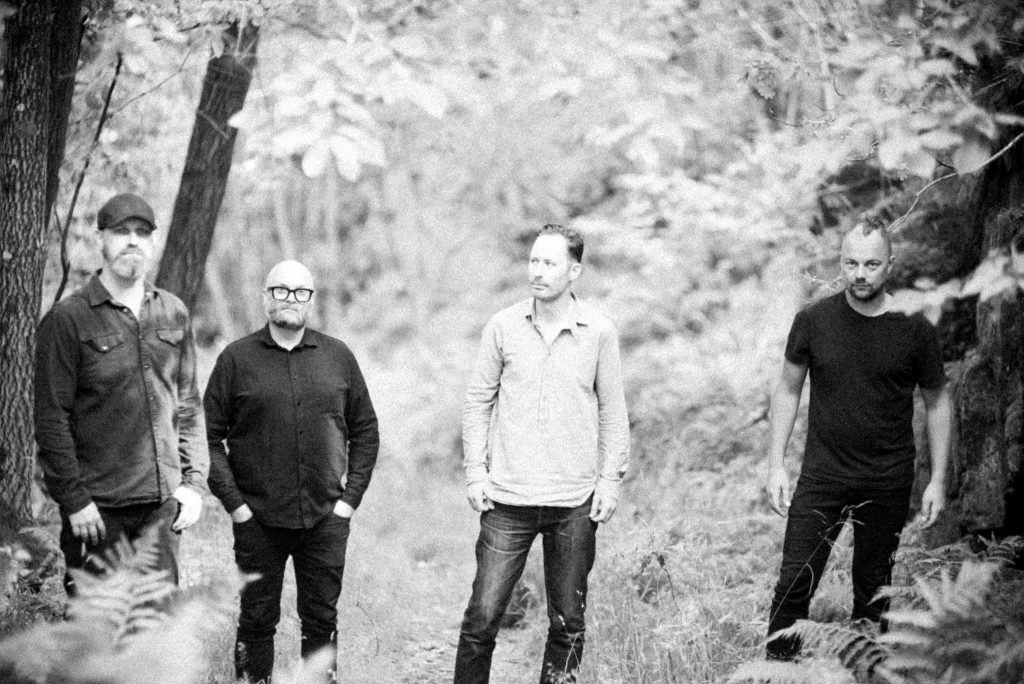 I’m breaking a rule here by playing a song from an album that was released a long time ago, back in April, but there is a studio session video for the final track, ‘Woodlands’ which caught my attention, so I’ll do it as an ‘Introducing’ feature. Plus, they’ve got a UK tour coming up shortly.

They describe their music as “a collective sound that is unlike any other… a unique amalgam of typical Scandinavian melancholy and more Americana inspired soundscapes with an always present melody” and cite the likes of Daniel Lanois, The War on Drugs and Bon Iver as reference points and inspirations.

Two words I’d pick out there. Firstly amalgam, which is a noun I thought only I used, and melody. There’s plenty of both, in fact several overlapping melodies; it’s a model of syncopation in which the saxophone stands out for the oddest of reasons, namely that in the UK it is an instrument that tends to be played mores stridently than it is here.

And I particularly like the soft touch of the drummer.

The short work could easily be the theme to a TV series. Not a Nordic Noir (despite the ‘Scandinavian melancholy’ quote), it’s too light for that, although in a strange way, and although it doesn’t sound anything like it at all, ‘Woodlands’ did put me in mind of the seminal US cop show theme, to ‘Hill Street Blues’. It has the same sort of vibe to it.

I managed to listen briefly to some of the other tracks and while they could be classified broadly as a jazz- rock fusion band, GoGo Penguin on valium perhaps, there is a wide variety of styles on display, including one intriguing track, the ubiquitous out of left field one that has you wanting much more than the 49 seconds you get that is ‘Opening – Woodlands.’

And I’d love to learn more about that room in the video (2:32) that is labelled ABHNING FORBUOT (Abstinence Prohibited). There’s evidently more going on in the woodlands than meets the eye.

There is a UK tour coming up in November, all of it in the north by the look of it: