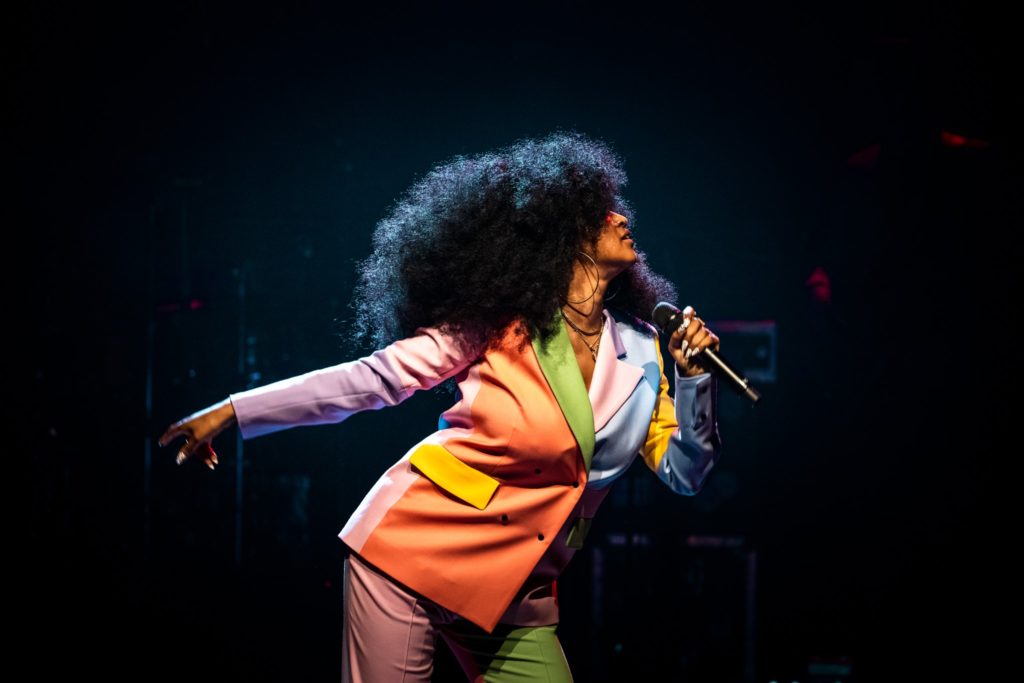 Iris Gold (Denmark) – Lover of my Own (single from forthcoming album)

After a couple of recent albums which have been notably profound and personal I thought it might be time to change the NMC tempo a little and this song by Iris Gold offers an opportunity.

She was raised in Denmark but actually born in the UK and ‘Lover of My Own’, the second single from a forthcoming album, was co-written and produced by Dave Stewart of Eurythmics fame (who also played all the instruments), and with whom she seems to be doing a lot of collaborating. That qualifies it I reckon for the ‘Weekend Intermission’ section where we feature non-Nordic artists but I’ll bestow the title of Honorary Scandinavian on her instead.

She describes her style as ‘hippie hop’ and the song was recorded at Bay Street Record Studios (Stewart’s label) in the Caribbean so you sense already what to expect. Perhaps not Rihanna, but someone who can be outrageous in her own way.  The lyrics describe her inherent flirtatiousness and how she can work up an audience (I’m sure you get my drift) before dramatically bidding them farewell “cause I got someone waiting back home, yeah I got a ‘Lover of My Own’.”

In reality it is a message of self love, because that’s who the ‘lover’ is. Hm.

She has a thing about being her own person and not letting herself be pigeonholed by ‘genre’. There’s no evidence of her doing that here. While she perceives herself fundamentally as “a black girl rapper” rap is as absent as Ole Gunnar Solskjaer’s tactical skills and it isn’t really “black” either. I could even imagine Annie Lennox singing it.

It’s a bubbly, effervescent pop song, one that makes you want to be there in the venue somewhere near her, even though you know she’s going to stand you up.

But the most fascinating aspect of her persona to me is her vocal. I just couldn’t place where I’d heard her voice before until I realised it’s very close to that of Siobhan Fahey (Bananarama, Shakespears Sister), who was once married to Dave Stewart.

Then it suddenly dawned on me that she also sounds exactly how I’d expect Janice from ‘Friends’ to sound if she tried her hand at singing. You know, the zany, oddball ‘ex’ of Chandler, who turns up from time to time in weird situations, with the piercing laugh and ‘Oh My God’ on repeat.

Janice is a unique character, somewhat out of sync with the regulars in that series, extremely flirtatious and I picture Iris the same way, an outsider looking into a stereotyped business and insisting she does her own thing. Which is just what she’s done here.