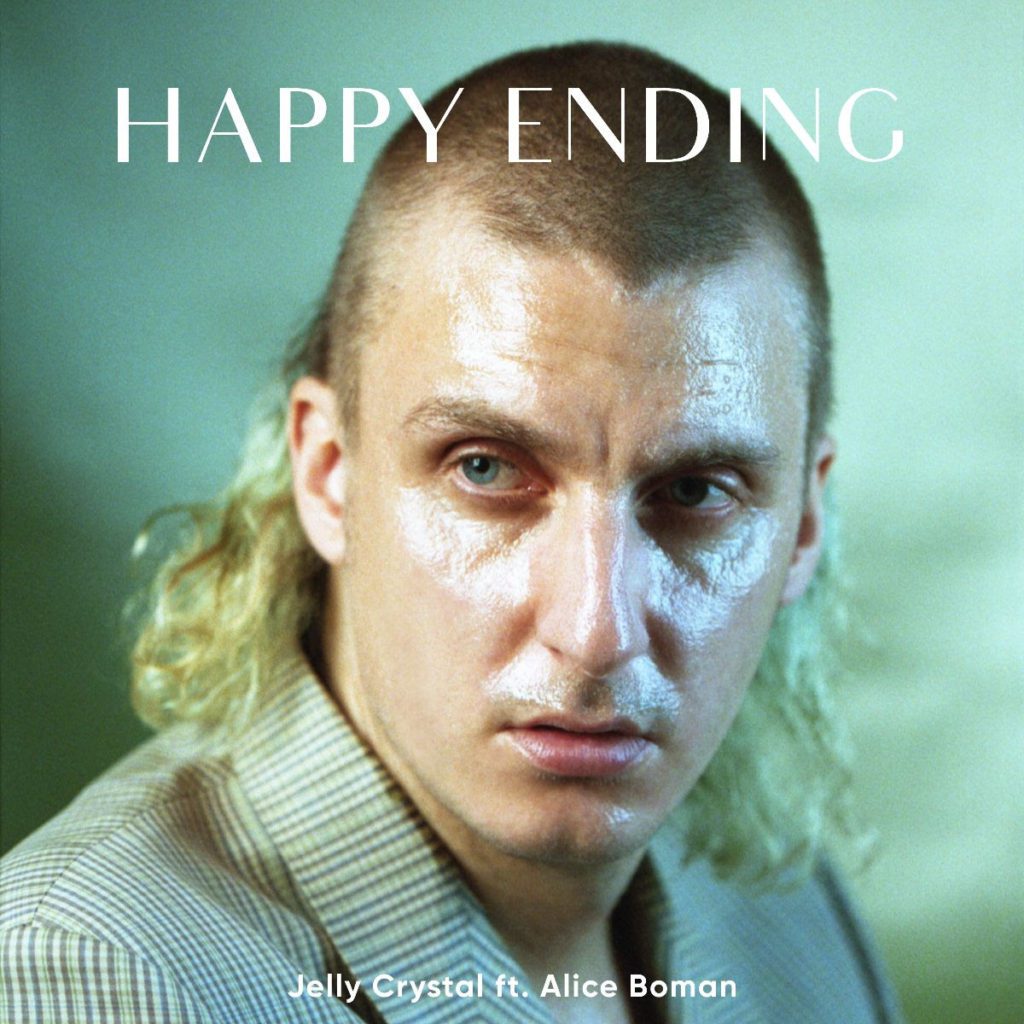 This could have been one of those occasions when I overlooked an artist because I didn’t take to their artist name. And I didn’t take a shine to Jelly Crystal any more than I’ve ever done to the likes of UK artists The Lovely Eggs, or Beans on Toast, or Pigs x7. It must be the thought of unappealing food that does it.

Perhaps it would be better if Jelly Crystal performed under his real name of Filip Johnson. But what the heck. Once I’d taken the plunge I quickly realised this is a pretty good song and that there would be a ‘Happy Ending’ after all.

Jelly has the physical appearance of a professional footballer-cum-underworld hit man so I was unprepared for the falsetto voice with which he opens the song. That, unfortunately is something else that irritates me and he sounded like that Welsh operatic singer who sends himself up in the ‘Go Compare’ TV ads. But it wasn’t long before he lapsed into a profound, almost Johnny Cash-like baritone and immediately won me over, even to the point that I didn’t even notice the falsetto return later. I like a man who sounds like a man, with ample crotch room in the trousers.

Then I discovered that it had been recorded live in a Stockholm studio in one take and that sealed the deal.

There’s a silky lushness in his vocal that really is top class. You could easily imagine him performing this song in the lounge of some or other swish Vegas hotel, the high rollers forsaking the dice to come listen to him. Rien ne va plus.

And the musical arrangement, especially the pedal steel guitar, is just so. It transports you wherever you want to go across the southern United States, from Nashville via Branson and Austin to the Los Angeles of the 1970s session men who wove their magic through the yacht rock numbers. It’s all there.

The icing on the cake is the all-too brief but divine appearance of compatriot Alice Boman. When Bonan is singing, the song could have been taken off Jenny Lewis’s debut and seminal album ‘Rabbit Fur Coat’.

This is the first new music from him since his debut album ‘Freak Show’ last year, which won him the ‘Composer of the Year’ Award at the Swedish Indie Grammy Awards.

If this is typical of his work then I forecast a happy ending for Filip. But it’s more likely to be across the water than in Eskilstuna, Norrköping or Västerås.

‘Happy Ending’ is out now via Smuggler Music/PIAS and available on all streaming platforms. More music will follow later in the year.